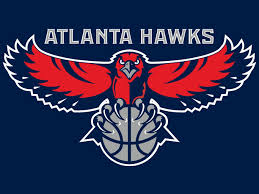 After Wednesday night’s game at Philips Arena, one can no longer call fans of the Atlanta Hawks – fair weather fans.

More than 16,000 people showed up to watch the Atlanta Hawks play the Dallas Mavericks – a game that was played despite a state-of-emergency that had been called by Gov. Nathan Deal for a looming winter storm in parts of north Georgia.

The only way one could be sure the Hawks and the Mavericks would still be playing at Philips Wednesday night was to wait until the 5 p.m. newscasts that made it sound official.

But apparently many people did not get the memo.

CNN Center was a scene of total mayhem. Most of the eateries – Chick-fil-A to Subway – were locked up. The few places that were open had lines stretching so far back, one wondered what would be more important, getting some food or going to the game.

Rules were relaxed. The security at Philips allowed everyone to bring in food and drink from outside the arena – as long as it was non-alcoholic.

Why? Because inside Philips Arena was no better. Only one of the concessions was open in main part of the arena – and the choice was limited – hot dogs, popcorn, soda and beer.

There again, the line was beyond long – circling around much of the main concourse. Several people flowed into the private suites area to see if the lines were any better there. The choices were the same. The lines were just as long.

It did appear that Philips was operating with a skeletal crew – especially for a crowd of more than 16,000. Either workers who were supposed to be at the game had gone home early or people couldn’t make it in to work.

There even was a delay in the first quarter when the roof of Philips Arena sprung a major leak. A stopgap solution involving a plastic garbage tub placed under the leak by some brave soul walking along the cat walk on the roof allowed the game to continue.

But here is the amazing part. Despite all the confusion, the discomforts, the crowds and the inconveniences, the mood among the fans was jubilant.

These were not fair-weather fans. These were tried and true Hawks fans who would brave the cold, the rain, the ice and the snow to come see the Hawks beat the Mavericks 104 to 87.

And most of them stayed until the end of the game despite the Hawks leading by 20 points or more for several minutes at the end of the fourth quarter.

So when the game ended, Steve Koonin, president of the Atlanta Hawks, grabbed the microphone and thanked them for ignoring all the warnings about the weather and for coming to the game.

And then he added. Be safe getting home.

After all, with fans like that, you want them to come back.