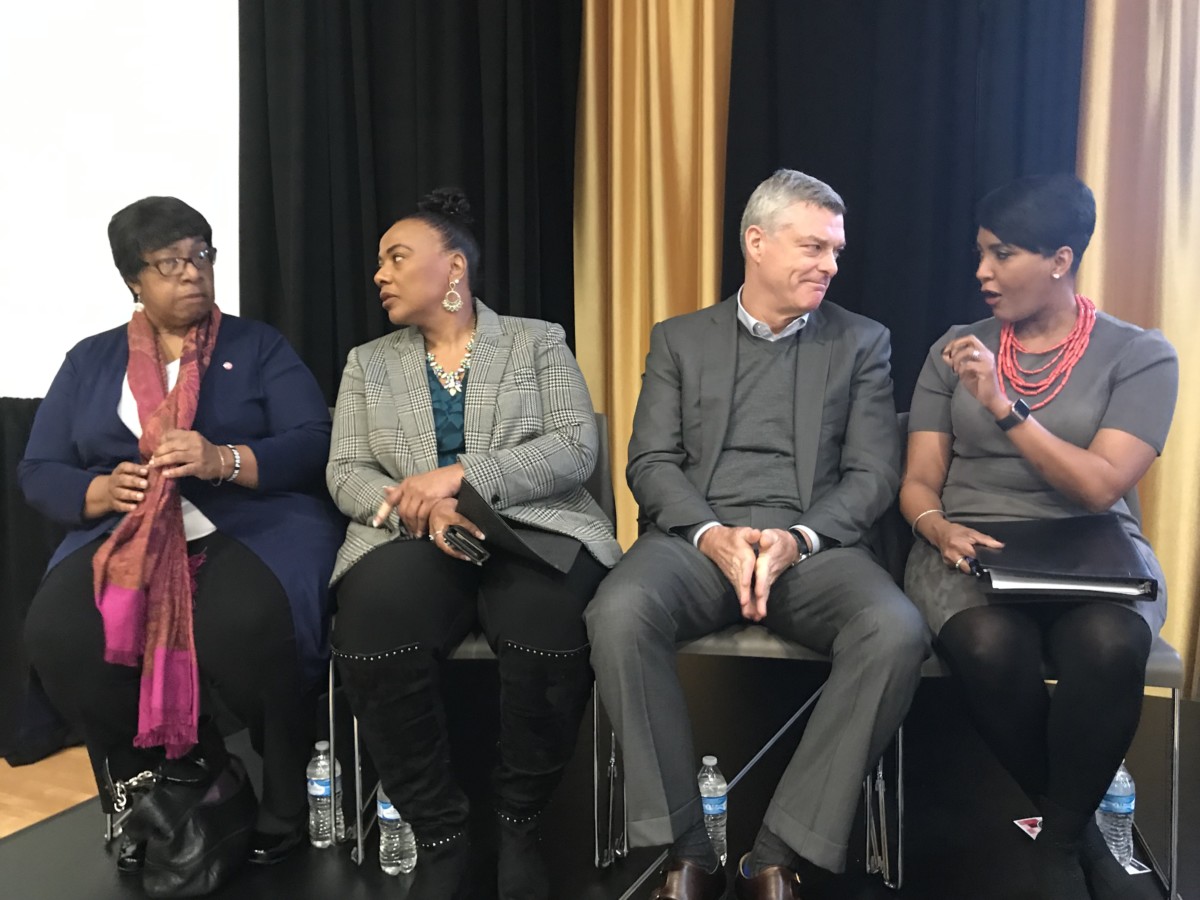 In honor of the Martin Luther King Jr. holiday, the Atlanta Hawks took full advantage of the team’s relationship with its city and its native son.

It launched its week of festivities on Jan. 17 when Atlanta Hawks owner Tony Ressler joined Atlanta Mayor Keisha Lance Bottoms and Bernice King, the CEO of the King Center, to cut a ribbon for its 23rdcommunity court at Selena S. Butler Park. It is a partnership between the Atlanta Hawks, the State Farm Arena and UPS. The Atlanta Hawks have committed to build 25 community courts throughout the city.

The community court is located just next to the new Martin Luther King Recreation and Aquatic Center. 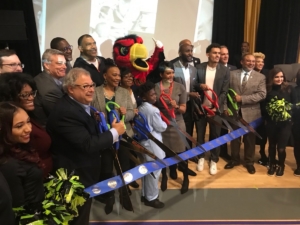 Because of a cold rain, the ribbon-cutting event took place inside the MLK Center on its indoor basketball courts.

They were joined by Hawks CEO Steve Koonin, Head Coach Lloyd Pierce and rookie star player Trae Young. Even Atlanta Hawks legend and broadcaster Dominique Wilkins was on hand for the event.

“Everyone in the Hawks franchise is honoring the legacy of Martin Luther King,” said Ressler, who added the were helping enact King’s vision by “giving kids a safe place to learn and to play.

Mayor Bottoms admitted that she was going to turn 49 the next day (Jan. 18).

“I was thinking how fortunate to have been born in this city,” she said. “It made me believe I could be the mayor of this city.” Atlanta has been known as a city too busy to hate. “As we sit here in 2019, we are a city that is not too busy to care,” she said.

Bernice King, the youngest child of Coretta Scott King and Martin Luther King Jr., said the “seed for this beautiful facility really started with a vision my mother had when she started the King Center.” Mrs. King supported the building of a recreational aquatic center, which was torn down a few years ago. The new MLK Recreation and Aquatic Center now is filling that need.

When Bernice King was talking, the electricity went out and the videos and microphones quit working. Eventually King was given a bullhorn so she could continue her talk – telling young people who were gathered at the ceremony that her father had made a “C” in public speaking and a “C” preaching. “Go figure,” she said. 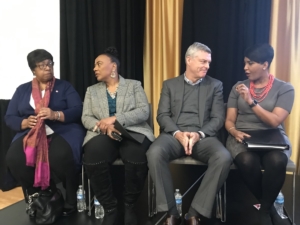 On Monday morning, the team hosted 30 Brown Middle School students from the College For Every Student Brilliant Pathways Mentoring program at the Hawk’s Dream Day seminar. The students participated in conversations and activities around Dr. King and his legacy of social activism and inclusion.

The students also got an opportunity to tour the new State Farm Arena, watch the pregame shoot-around with the team and receive complimentary tickets to enjoy the afternoon Hawks game. The CFES Brilliant Pathways Scholars have been a part of a unique mentoring partnership with Hawks employees since August 2017. 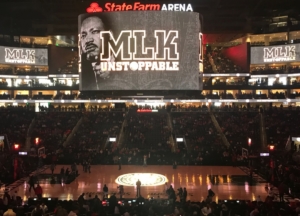 Ambassador Andrew Young also was honored at the game as the team commemorated the Hawks’ 50thAnniversary season in Atlanta. Young, a former mayor of Atlanta who formerly served as U.S. Ambassador United Nations, also played a major role in the civil rights movement working side-by-side with King.

The arena gave Young a standing ovation when he was introduced to  and carries on his message of non-violent social change around the world 50 years after the Atlanta-born leader’s assassination.

During the game, the Hawks showcased King numerous times on the arena’s mega video displays.

Also, NBA Commissioner Adam Silver came to Atlanta to take part of the King celebration – saying it had become an important day for the NBA, and he wanted to be part of it – especially because of its recognition of Andrew Young.

Unfortunately the game didn’t turn out so well. The Atlanta Hawks lost to the Orlando Magic. 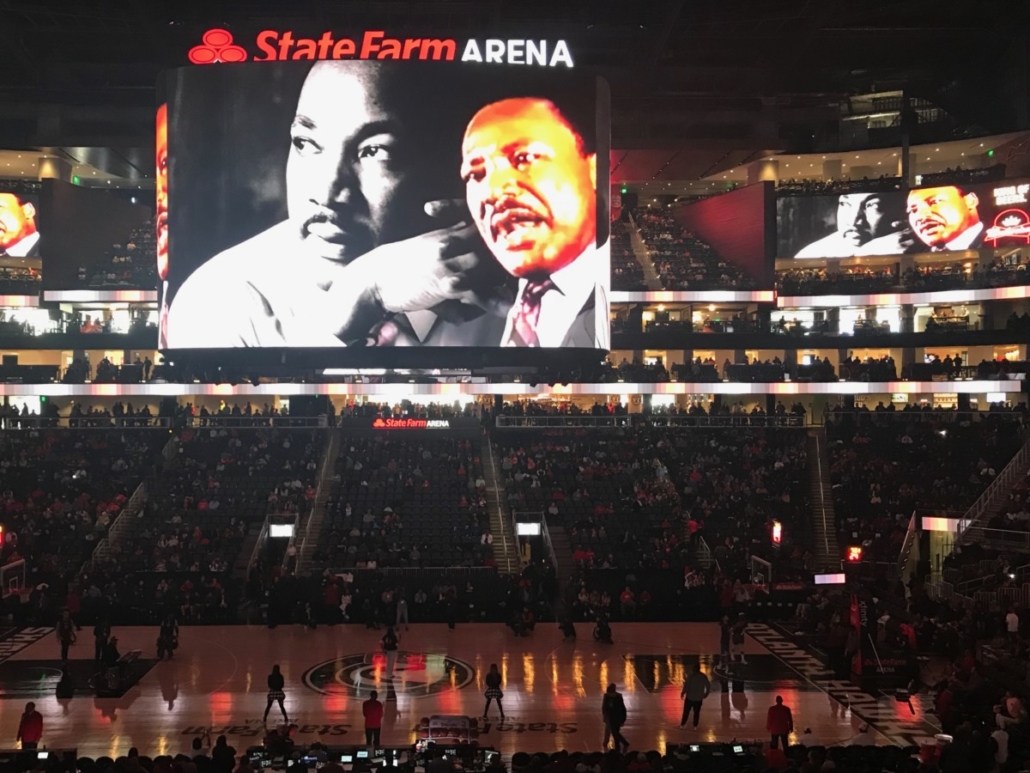 Several times through Monday’s Atlanta Hawks game, images of King were shown on the big screen (Photo by Maria Saporta) 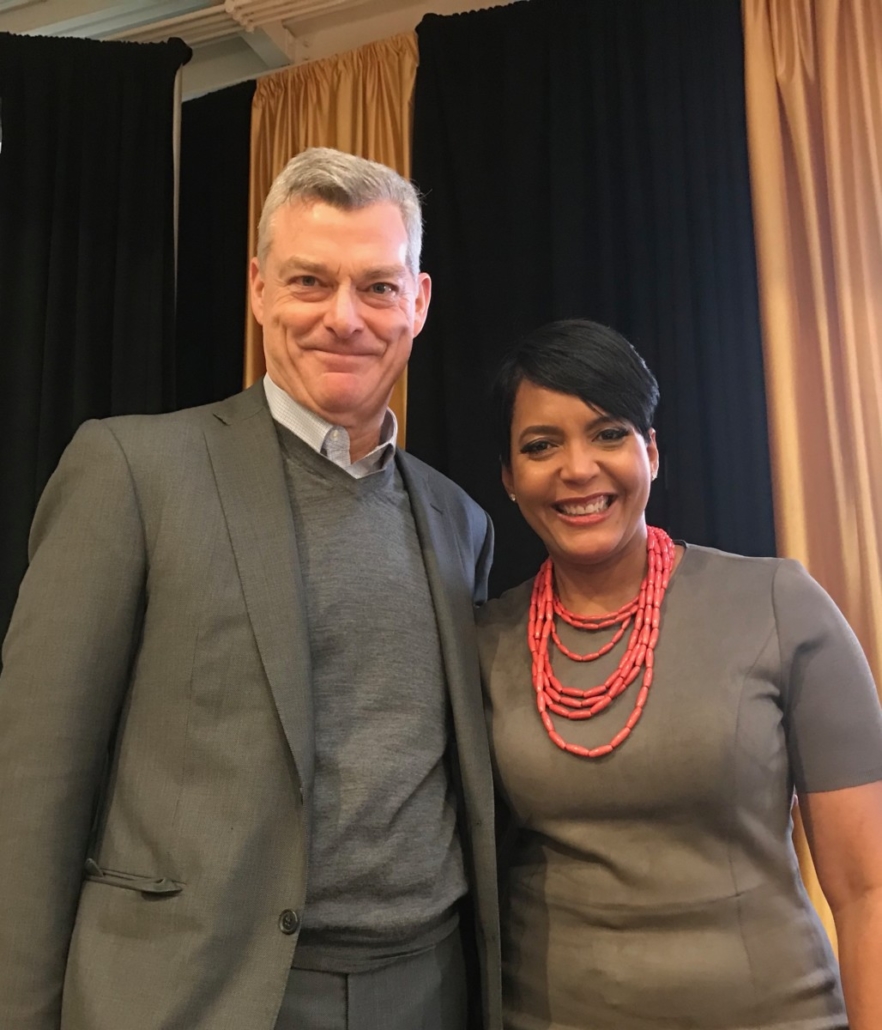 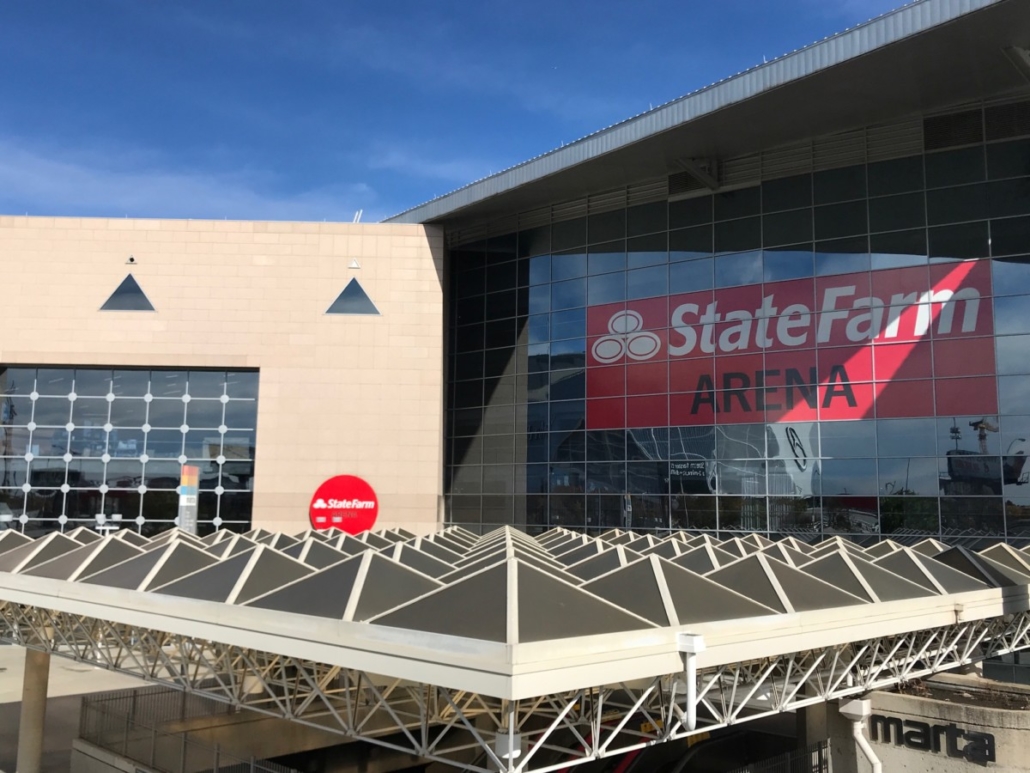 Previous Article
Los Angeles to Atlanta: A Journey toward Economic Inclusion
Next Article
How Relationship Conflict Between New Employees and Coworkers Affects Performance