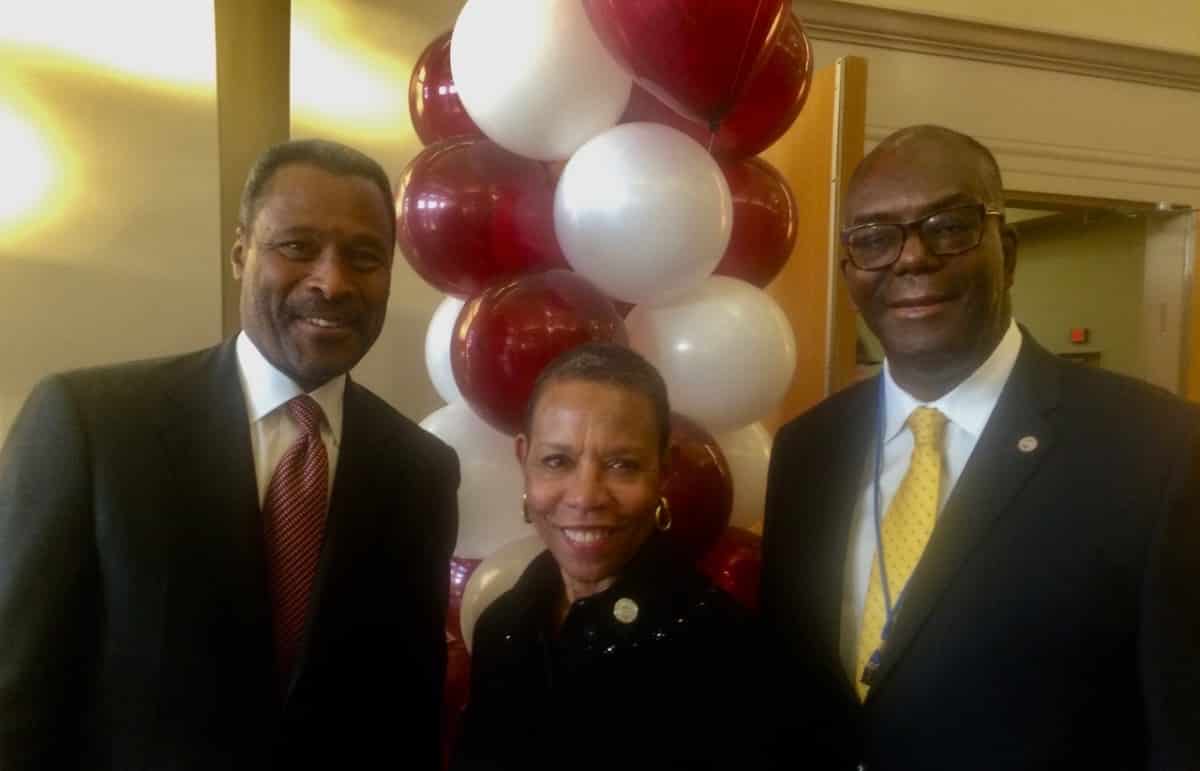 Atlanta is fortunate to have a concentration of colleges and universities along with thousands of students who come to our city for school and never leave.

Among those schools there is one of the largest clusters of Historically Black Colleges and University, including Spelman College, the top-ranked HBCU, and Morehouse College, ranked No. 4 among HBCUs.

The election of Donald Trump as the next president of the United States, has caused concern among institutions of higher learning, which rely on federal support for student financing. 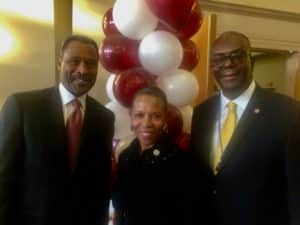 And perhaps none are more concerned than the HBCUs – private institutions that have relied on federal support for student loans and grants.

The presidents of three of  Atlanta’s HBCUs participated in a panel of the Faculty Resource Network symposium held Nov. 18 at the Shirley Massey Executive Conference Center at Morehouse College, where they discussed the uncertainties before them.

John S. Wilson, president of Morehouse College who previously served as the White House director of initiatives for HBCUs, said the best assumption of a Trump administration would be that it would adopt the Republican platform for HBCUs, where federal funding would revert to 2008 levels.

“The Republican platform was not good news,” Wilson said.. “That could be devastating to many institutions of higher learning. And it is not just a concern for the HBCUs. It’s far broader. It could impact all higher education.”

About 140 university presidents from around the country sent a letter to President-elect Trump on Nov. 18 urging him to live up to the nation’s highest ideals as he takes office.

The letter is as follows:

As do you, we “seek common ground, not hostility; partnership, not conflict.” In order to maintain the trust required for such productive engagement, it is essential that we immediately reaffirm the core values of our democratic nation: human decency, equal rights, freedom of expression, and freedom from discrimination. As college and university presidents, we commit ourselves to promoting these values on our campuses and in our communities, and we stand alongside the business, nonprofit, religious, and civic leaders who are doing the same in organizations large and small.

In light of your pledge to be “President for all Americans,” we urge you to condemn and work to prevent the harassment, hate, and acts of violence that are being perpetrated across our nation, sometimes in your name which is now synonymous with our nation’s highest office. In our schools, on job sites and college campuses, on public streets and in coffee shops, members of our communities, our children, our families, our neighbors, our students, and our employees are facing very real threats, and are frightened.

One of the roles of leaders is to protect and empower the most vulnerable. As President-elect, this responsibility rests heavily on you. Let this be a mark of your leadership.

The letter was signed by nearly 140 university presidents, including five from Georgia:

Looking ahead, Wilson was guarded.

“There’s a lot of uncertainty as far as most of us know,” Wilson said. “When it comes to Donald Trump’s views on education, there’s a great mystery and uncertainty. I’m cautiously hopeful that he will be influenced by the right people and made sensitive to the realities and concerns.”

When Trump won Nevada’s Republican caucuses on Feb. 23, 2016, he recited a list of all the people who voted for him, including well-educated people and poorly-educated people.

“I love the poorly educated,” Trump said that night in Las Vegas.

On the panel was Jim Shelton, who leads the education for the Chan Zuckerberg Foundation – set up by Facebook’s Mark Zuckerberg and his wife, Priscilla Chan. Shelton is a former deputy secretary of U.S. Department of Education.

In his eyes, the world of higher education was facing a great deal of uncertainty even before Trump’s election.

“Jobs and companies are changing dramatically,” he said. The shelf-life for job skills is getting shorter and shorter. And the cost of college is more and more. All of those things were true even before there was an election. No one knows what’s coming next.” 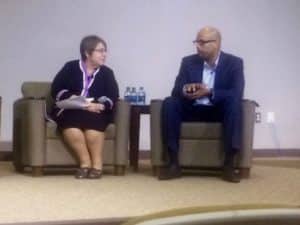 Martha Kanter, former undersecretary of education in the Obama administration, with Jim Shelton of the Chan Zuckerberg Foundation (Photo by Maria Saporta)

“With any new administration, not matter who it is, there is a great deal of uncertainty of where their priorities are going to reside – no matter who wins the election,” she said. “We have this commitment to our mission. If in fact the environment in Washington is more challenging for us, it means we have to be more creative in making our case to the private sector and creating the private partnerships around the values that we cherish.”

Ronald Johnson, president of Clark-Atlanta University, said institutions of higher learning have to be prepared to adapt to changing job market with rapid technological advances and with machines and computers doing work once done by people.

“What’s in practice in medicine today is only two years old,” Johnson said.

“There is a collective value proposition,” Wilson said. “We are fighting above our weight class. We are getting results with a lot fewer resources than others in education.”

Wilson said it’s likely the nation will see “some real contraction in the HBCU world” in years to come. So it is more important than ever for each institution to build upon their strengths and launch successful fundraising campaigns that are on par with other colleges and institutions.

“Major foundations will give $100 million to Harvard and then $100,000 to an HBCU,” Campbell said, adding she’s looking forward to Spelman having a $1 billion campaign one day. “We have to make the case that we are as worthy as a Georgia Tech, Georgia State or Emory.”

Johnson said HBCUs should let donors know that “receiving crumbs for what we are doing is no longer acceptable.”

It was Shelton who told the audience they needed to be hopeful.

“As uncertain as these time are, we have been through much worse times in our history,” he said. “This is still the best it’s ever been.”