At Atlanta synagogue, teens film memories of adolescence during Holocaust

High school junior Mollie Simon is used to boiling down history to dates, places, names and civilizations. On paper, the people affected by all those events, even those who survived wars and atrocities, were virtually faceless. 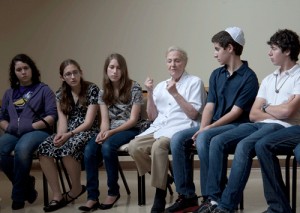 This year, her own history changed when she joined 15 other teenagers from her synagogue set out to interview their congregation’s seven Holocaust survivors. Most of them were teenagers themselves when, without warning, their world turned upside down – all because of their identity as Jews.

The connection between teens and elders turned into “Edim L’Shoah: Witnesses to the Holocaust,” which will be screened free to the public at 4 pm Sunday at Congregation Shearith Israel (CSI).

In Germany, Helen Spiegel was about 13 when she went to a park with her nannyand took her coins to a hut that sold ice cream to her every afternoon. “I always paid for myself and my sister,” she told the teens. 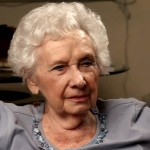 This day, the ice cream man “slammed the window down and said we don’t sell to Jews anymore. It was a horrible shock.”

Helen Klug described volunteering for a German work camp so that the rest of her family could live. But she found out her family got taken to Auschwitz anyway. “The worst thing is when you want to try to save your parents and save your brother and you can’t do it,” Klug recalled.

In a fashion similar to the movie “Freedom Writers,” hearing the stories from the original sources gave the teenagers a new perspective about what it means to struggle and be persecuted for one’s identity, and to persevere with strength and vivacity. Their survival sometimes depended on others who did not stand by but took a stand against evil.

“Being part of the CSI Teen Film Project and sitting down with individuals who have survived, thrived and remained resilient was an amazing experience that has taught me the importance of understanding history – not through memorizing facts, but by learning through oral history,” said Mollie, who attends Chamblee High School. 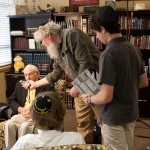 The project began in January as a way to serve the needs of separate age groups, said Michele Marill, local veteran journalist, mother of two and the synagogue’s vice president for youth.

The stories could help keep the younger congregants involved in the synagogue after their bat mitzvahs and bar mitzvahs. The filming would help document important stories of aging congregants.

Abe Besser, Helen Klug, Herbert Kohn, Dory Profis, Barry Seidel, Frank Spiegel and Helen Spiegel agreed to be interviewed, many of them speaking for the first time publicly about their Holocaust experiences.

“You’ve got some similar things happening in the world right now,” Kohn pointed out. “That’s why I personally think the lessons of the Holocaust are so important.”

The teens tapped expertise in the sandwich generation at CSI. Jacob Rhodes, who has a masters in filmmaking, helped them set up equipment and edit the interviews. Susan Levitas, a documentary film maker, and bestselling author Melissa Fay Greene offered advice.

As the camera rolled, the survivors were blunt in their descriptions of the violence, from beatings and torture to the lynchings of Jewish storekeepers. “You could see they were hung in their schaufenster,” said Klug, speaking of the storefront windows. 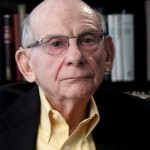 Like Anne Frank, Helen Spiegel’s father was helped into hiding. A hotel owner warned him not to board the train home because he would be arrested at the train station and sent to the Dachau concentration camp. “’I have a room upstairs in my attic. You can stay there a few nights. I’ll bring the food up. I’ll tell your wife,’” Spiegel quotes the hotel owner speaking to her father.

“He saved my father’s life.”

Like “Sophie’s Choice,” Besser told of his mother saving some of her family members by sacrificing her own life. She stepped forward as the parent who claimed their children as her own and accompanied them to the crematorium. 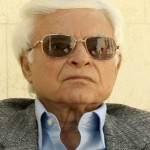 Like “Schindler’s List,” Barry Seidel ended up hiding with nuns in a small village in south central France after his dad was deported to Auschwitz.

One of the teens’ most compelling questions was, “What do you think enabled you to survive?”

This was hard to answer.

“I saw a rabbi [and] said, ‘Rabbi, how come I survived and they didn’t,’ said Klug, forced to work in a Nazi textile factory. “And he said, ‘Because you wanted to live.’ But that’s not true. Everybody else wanted to live, too.”

“What is your message for future generations?” the teens also asked. 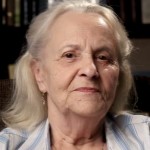 “We can’t stand by when people who don’t fit in are being discriminated against, are being segregated or are being improperly handled or in some cases exterminated,” Kohn said. “We need to stand up for the right thing to do.”

“I have learned that a person’s past can shape the way they lead their lives,” Mollie wrote about her experience. “But more importantly, it can make an enormous impact on the future.”

Previous Article
A bluff, a gulley, a canyon or escarpment, but this is not a cliff
Next Article
Unfortunately, we’re easily reminded that crises occur daily