In a staggering turn of events Friday evening, the Atlanta Housing (AH) board of commissioners opted not to vote on a proposed settlement agreement that would have ended a years-long legal battle between the public housing agency and real estate firm Integral Group and its development associates Urban Realty Partners and H.J. Russell.

The decision to forgo a vote on the settlement, which would have mandated that AH pay the Integral Group team $1.8 million in legal fees accrued during the fight, means the involved parties are headed to trial, Integral Group officials told SaportaReport.

The settlement agreement also would have conveyed nearly 80 acres of land neighboring four of Integral Group’s mixed-income communities to a partnership between the development teams and Atlanta Housing for roughly $21.9 million. The combined properties have been appraised at more than $60 million, Integral Group and AH officials have told SaportaReport.

Kirk Rich, a new AH board member and principal for real estate company Avison Young, said the board could not in good conscience approve the settlement deal. “When you look at the facts of what we would do today if we agreed to this settlement, it does not… serve the community,” he said, later adding, “It would be very easy to do this and be done with it, but we owe the citizens not to transfer the land, but to provide housing and to make certain we do those things in black and white, and not grey. And this [agreement] doesn’t do that for us.”

The proposed settlement also states that that development partnerships “shall develop or ensure the development” of 2,035 residences on the land in question. 389 of those units would have to be earmarked as “affordable” housing priced at between 80 and 120 percent of the area median income.

Some critics of the plan lament that’s not enough to combat Atlanta’s mounting affordable housing crisis, although 30-year southside Atlanta resident Paul McMurray said the area needs a diverse mix of residences. “The idea that just because the income in the area is low does not mean that the area needs more low-income housing,” he said.

The fact that the board didn’t vote on the matter Friday clearly disgruntled many of the community members who attended the meeting hoping to weigh in on the terms of the agreement. It didn’t help that public comment time took place after board members declared they wouldn’t take action on the deal, and the city’s housing authority has already spent millions for legal representation since this battle kicked off. The agency is now liable to shell out even more taxpayer dollars to keep up the fight.

Former Invest Atlanta board member Julian Bene, a longtime critic of what he sees as irresponsible government spending, said that, although he considers the settlement one that leans in Integral Group’s favor, “at least you have a profit share.” He’s nodding to the fact that the involved developers would be 50-50 partners with AH under the agreement. 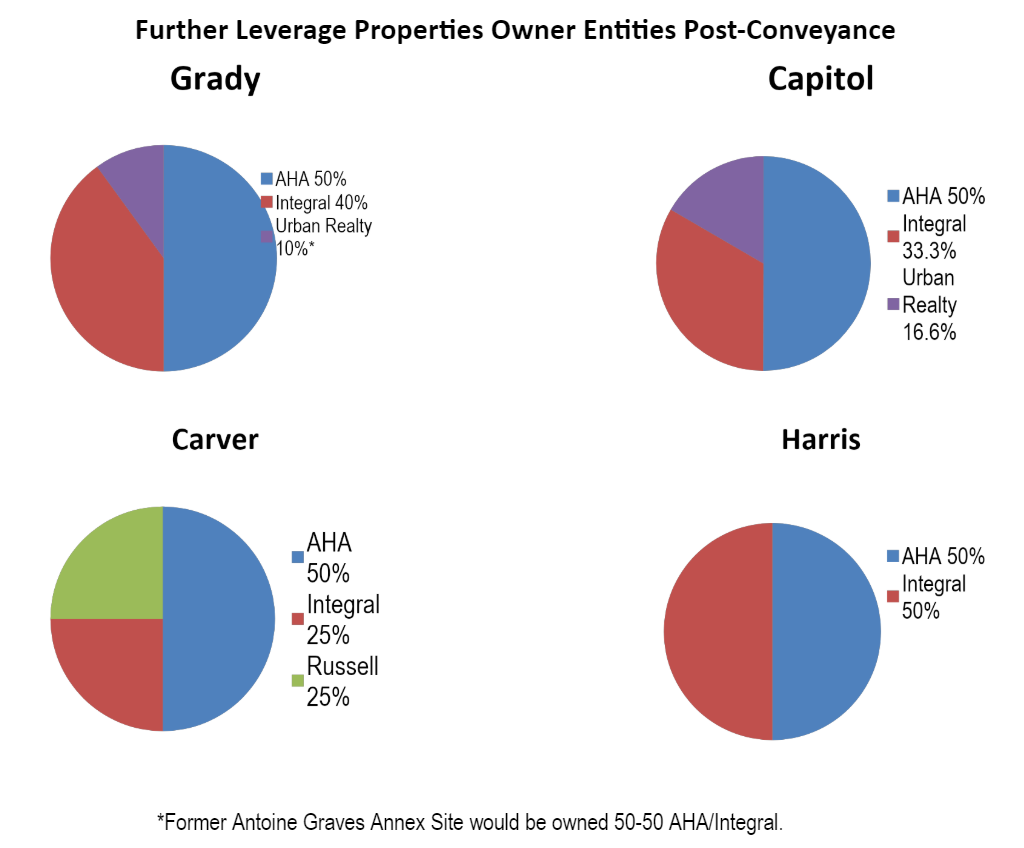 AH, he added, should have bit the bullet for the benefit of its clients and the city at large. “If you have a legal liability, then you have a fiduciary responsibility to just go with it,” Bene said. “To drag out a legal proceeding for something where your chances of prevailing are very low is simply imprudent.”

AH board chairman Christopher Edwards assured attendees that the board was “trying to do the right thing,” later noting, “This isn’t personal, and it certainly isn’t politics.” AH CEO Eugene Jones and Edwards did not make themselves available for interviews after the meeting.

Interestingly, though, former Atlanta Mayor Kasim Reed, whose long-standing issues with Integral Group CEO Egbert Perry have been a major talking point during the legal dispute, made a brief appearance at Friday’s meeting, although he left before he could be reached for comment. 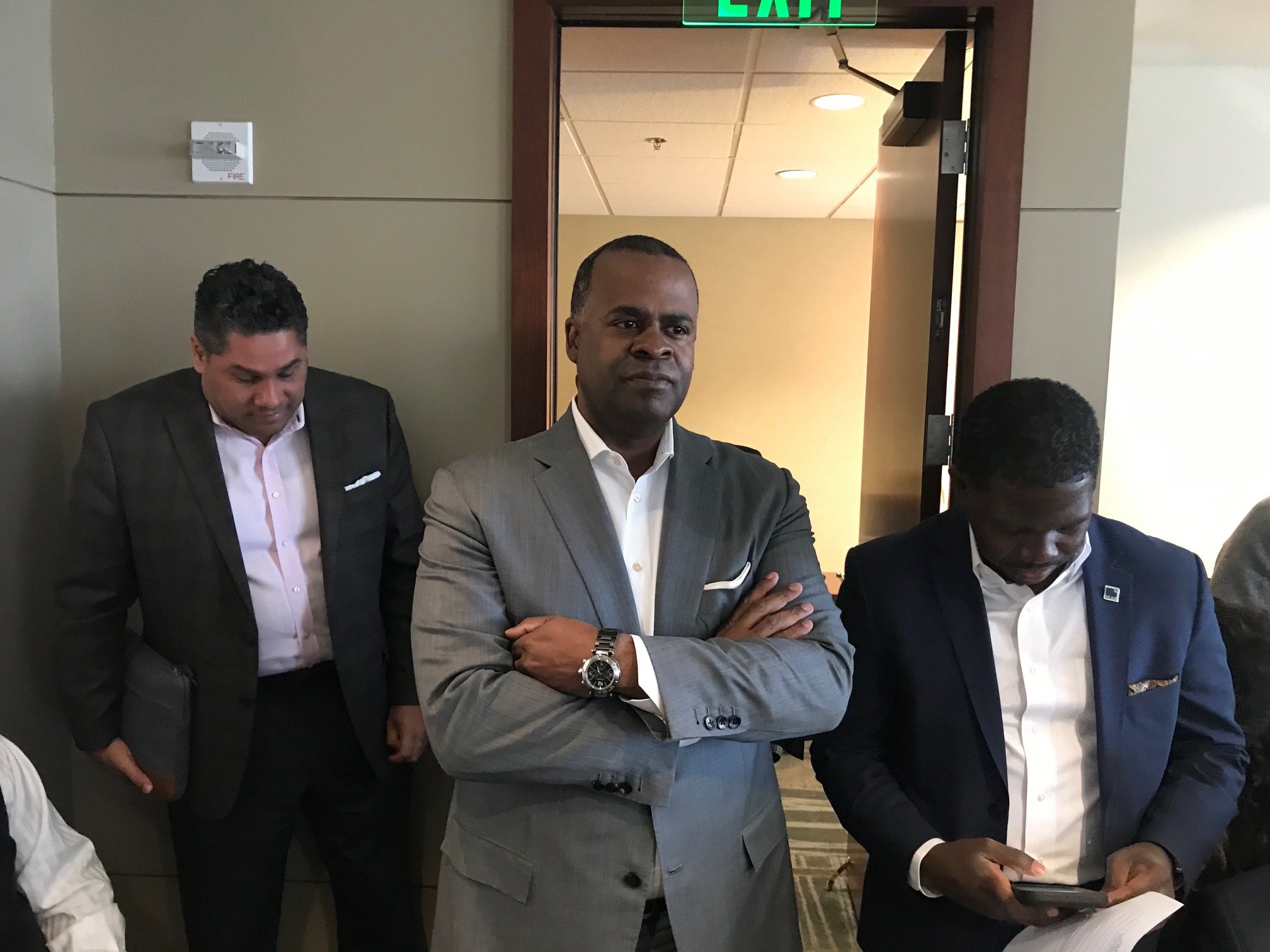 On Thursday, though, Reed told his Twitter followers the meeting “will be your only chance to make your voice heard” on a deal he implied would “transfer more than 75 acres of [Atlanta Housing] property for pennies on the dollar.”

Former state Sen. Vincent Fort, who’s long sparred with Reed over all manner of policy issues, demanded at the meeting that AH officials host a townhall meeting within the next 30 days, so the public has a chance to learn the facts and have their voices heard. “You’re taking citizen input only after the fact,” he said. “People think that one side is bad and the other is good, but the people don’t know.”

It’s yet unclear whether AH will host a townhall to discuss the case.