Atlanta is best city in the country to address race issue 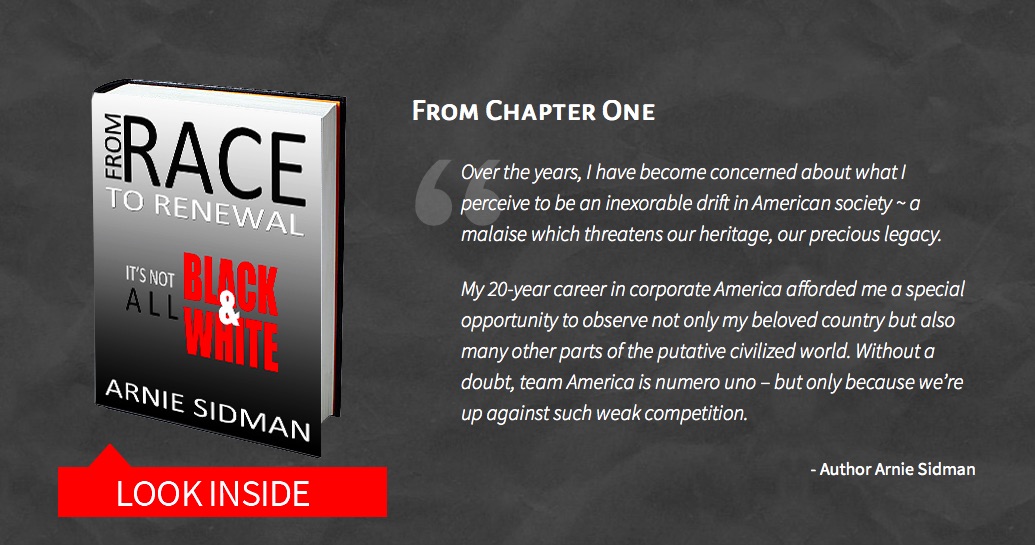 Over the years, I have become concerned about what I perceive to be an inexorable drift in American society—a malaise which threatens our heritage; our precious legacy.

My 20-year career in corporate America afforded me a special opportunity to observe not only my beloved country but also many other parts of the putative civilized world.

Indubitably – whether by the grace of God, or historical accident, we Americans have been granted an unparalleled opportunity to show the world how to play the game of life – and we’re blowing it. 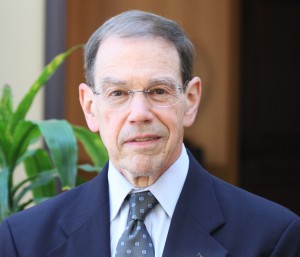 For myself, I have always believed that life was a team game where individual achievement was necessary but not sufficient.

Our country was founded by people who valued freedom over security. Over time, it seems to me, we have become a nation that values security over freedom. And in recent years, we have expanded the concept of security to include just about anything we don’t want to be bothered about.

We have lost our sense of responsibility and accountability, and we have become increasingly self-absorbed.

My own most significant contribution to our slide has to do with race. I remember exactly when I became aware of the fact that I was uncomfortable around blacks en masse in personal settings.

I remember exactly the day I walked down Constitution Avenue to catch my bus to avoid the crowd listening to the Rev. Dr. Martin Luther King Jr. deliver his “dream” speech – not my problem.

I remember exactly the circumstances under which I discovered that I would never ever consider moving into a black neighborhood. From what I can see, I am not the only American suffering from this malady.

The circumstances under which I entered corporate America in 1968 forced me to confront my malady head on. 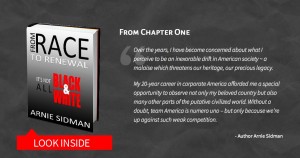 Arnie Sidman’s book: “From Race to Renewal: It’s Not All Black and White”

Fortunately, although I was embarrassed to have to admit to myself that I had this problem, I would have been even more ashamed not to try to remedy it. So, over time, I just started “showing up” in the black community.

And, over time, my condition improved. Oh, don’t get me wrong—I wasn’t cured; more like an AA alumnus. But much of my discomfort disappeared.

By the time I moved to Atlanta in 1987, I had become convinced that our inability to assimilate our black teammates was significantly limiting America’s essential growth prospects; and Atlanta was the American city best positioned to address this issue.

Sad to say, to date, my efforts to enlist both white and black community leaders in this effort have been unavailing; the race taboo remains a powerful force insidiously deployed by politicians and the media alike.

That’s why I wrote the book: “From Race to Renewal: It’s Not All Black and White.”

As a Southerner by choice (and one who resents being a scapegoat for a national embarrassment) I feel even more strongly today that Atlanta can double in size, repair its public infrastructure, break the race taboo, and confound the Yankee hypocrites.

Whether Atlanta’s leaders in the clubhouse will choose to do so remains to be seen.

For more information about Arnie Sidman’s book: “From Race to Renewal: It’s Not All Black and White.” – click here.