PHILADELPHIA – A ball of energy known as Jane Golden captivated the metro Atlanta LINK delegation during its three-day trip to the Pennsylvania city.

Golden’s underlying message was to show how the arts can help address an urban area’s most intractable problems and bring creative energy to a city’s streets, its walls and its heart. 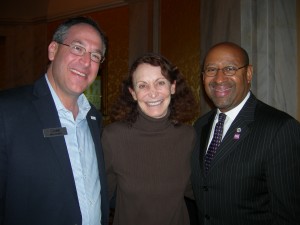 In 1984, Golden went to work for Philadelphia’s newly launched Anti-Graffiti Network. Like many anti-graffiti efforts, the city would paint over the graffit, and within a few days, new graffiti would appear.

By 1986, Philadelphia tried a different approach — the Mural Arts Program  — and Golden became its director. Since then, the program has worked with more than 100 communities and produced 3,600 murals, which have been described as a cherished part of the civic landscape and a great source of inspiration to residents and visitors alike.

The 110-member Atlanta delegation was no different.

In a most unusual response, at the closing session of the LINK trip on Friday afternoon, Cobb County businessman Jim Rhoden told other members of the delegation that local arts and philanthropic leaders planned to bring Golden down to Atlanta to talk about the Philadelphia mural program to a broader audience and share ideas of how it could be replicated in our region.

Then Rhoden announced that leaders on the trip were launching an effort to raise $100,000 to hire someone who could run a Mural Arts Program in metro Atlanta and that $30,000 had already been pledged to the effort. 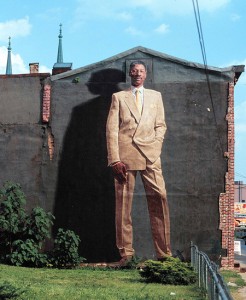 A mural of Philadelphia hero Dr. J., which has been protected for about 20 years by the community (Mural images from website)

It was the first time in the 18-year history of LINK trips where an immediate, tangible action had been taken. One delegation member suggested that it should become an annual feature of the trip.

Whether or not that will happen, it was clear that Golden’s presentation touched the Atlanta delegation.

She described how the Mural Arts Program offers free art education classes to nearly 2,000 young people throughout the city and to at-risk teens through its outreach programs.

It also serves adult offenders in local prisons and rehabilitation centers, using the restorative power of art to breat the cycle of crime and violence in communities.

In a fund-raising brochure, the Mural Arts Program is described as delivering a a “bold view of art in our proud city” of Philadelphia.

It went on to say: “We achieve real progress by embracing the diverse perspectives of communities, artists, and citizens who believe that art — in a creative and collaboartive process — propels us forward.” 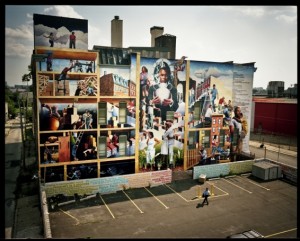 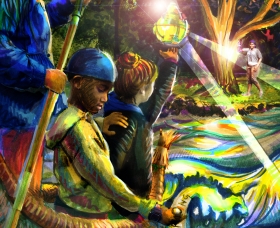