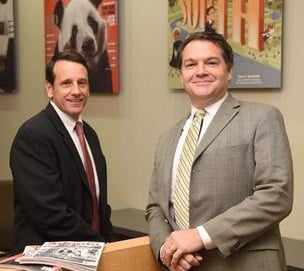 Atlanta Magazine, a fixture on the city’s media-scape for 56 years, is for sale.

Emmis Communications Corp., an Indianapolis-based public company, which has owned the monthly publication for 23 years, has placed all its city and regional magazines on the market to pay down debt.

The company, which is primarily vested in radio holdings, has already sold one of its publications, Texas Monthly, for $25 million.

Atlanta Magazine is one of four city publications Emmis still owns, including magazines in Los Angeles, the Orange Coast (south of L.A.) and Cincinnati.

It appears the company is in serious negotiations to sell Atlanta Magazine to an out-of-town buyer, but it is not certain if and when the sale will be finalized.

Several local leaders spoke about the role Atlanta Magazine has played in the city over the decades, and they wonder whether that will continue under new owners. 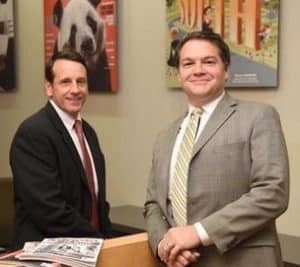 Emmis, however, would not comment about any details related to a possible sale.

Sean McGinnis, publisher and CEO of Atlanta Magazine, said he was not authorized to talk about the possible sale. But he was able to provide insight on how the publication is doing during this changing media climate.

“The fact of the matter is that we are doing great,” said McGinnis in an interview at the magazine’s offices at 260 Peachtree St. “Atlanta Magazine has been consistently profitable, and it continues to be. There is growth on the horizon.”

McGinnis said the publication has a strategic plan to “take advantage of what’s happening in our market.” It intends to grow its staff so that it can leverage the economic growth in the city.

“We are no longer just a one-publication business,” he said. “Atlanta Magazine is the brand that carries us, and it affords us the opportunity to grow new titles. We have another dozen custom media publications, and we have digital. Lastly, we have our events portfolio.”

Steve Fennessy, editor of Atlanta Magazine, said the editorial side also has been growing with the recent addition of Thomas Wheatley, formerly news editor at Creative Loafing.

“I feel we are as well-positioned editorially as we have been since I came here in 2005,” Fennessy said.

McGinnis said Emmis Communications “has been a very good operator” of the magazine. “It is a believer in editorial integrity,” he said.

“And independence,” Fennessy chimed in.

A.J. Robinson, president of Central Atlanta Progress, said Atlanta Magazine has been “an important partner” for the business organization and the city.

“The magazine as it exists today is an important community asset,” Robinson said. “It’s a brand and image of the city, and it has a place in the civic fabric. It’s been part of our media community that with others have helped shape Atlanta.” 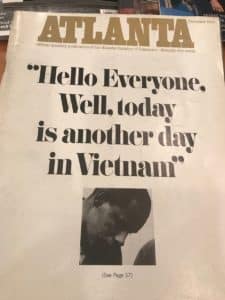 An Atlanta Magazine cover from December 1966 when it was a publication of the Atlanta Chamber of Commerce. The cover story was about the war in Vietnam – showing it has been a solid news magazine since its inception (Photo by Maria Saporta)

Robinson expressed hope that those qualities will continue with new buyers, no matter which entity becomes the eventual owner.

Sam Williams, former president of the Metro Atlanta Chamber, also spoke of the role the magazine has played in the city.

“It would be great to have local investors in Atlanta Magazine,” Williams said. “My concern would be on whether new owners would allow for editorial independence. The magazine has been a good observer and reporter of the economic, social and stylistic changes in the city.”

Atlanta Magazine first began publishing in May 1961, founded by the Atlanta Chamber of Commerce. It was a successor publication to another chamber magazine called the “City Builder,” which began in 1916 and lasted until 1960.

“The chamber named Jim Townsend as the editor, and Time Magazine called him the father of city magazines,” McGinnis said. “It is one of the oldest city and regional titles in the country.”

Despite it being a chamber publication, Fennessy said, “there was hard-hitting journalism from day one.”

But by 1977, the balance between having a chamber promotional publication doing “issue-driven journalism” was getting trickier, and the chamber sold it to Communication Channels Inc. for $325,000. At the time, it had 20,000 subscribers.

Today, circulation is at 71,048. The publication had a couple of different owners, including American Express and Metro Corp., before it was acquired by Emmis.

But the magazine’s real claim to fame is the legacy of the writers it’s had, both on staff and as contributing writers.

In addition to Townsend, the magazine has had several notable editors, including Lee Walburn, who served at the helm from 1987 to 2002 and Rebecca Burns, who was editor until 2009.

Given that the Atlanta has been one of the nation’s fastest-growing cities, Williams said he would think “Atlanta would be a good market for a city magazine.”

No matter who ends up owning Atlanta Magazine, Williams said he would hope it would continue to document the evolution of the city.

“They shine a spotlight on the lifestyle of Atlanta,” Williams said. “And they profile the people who are important to Atlanta’s culture.”