I’m lucky. I got to grow up in South Dekalb County in the 90s, an enclave of Black excellence that prepared me to succeed in more ways than I can measure. I got a scholarship to attend Emory, a great job right out of college, and opportunities to travel the world. 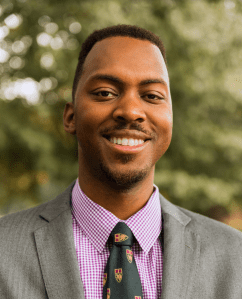 Ernest Brown is a board member of the national housing advocacy group YIMBY Action and chair of the local chapter, Abundant Housing Atlanta. During his time in the Bay Area he organized his neighbors to knock over 10,000 doors in support of pro-housing champions and helped grow the housing advocacy movement from a regional organization to a national force. He hopes to bring the same people power energy to the issue in Atlanta. He is a South Dekalb native and graduate of Emory University.

And then I moved to the Bay Area and my good fortune stopped delivering. My rent for a spare bedroom in Oakland was twice what I had paid in Virginia Highlands for the pleasure of twice as many roommates. I made amazing friends, but their housing situations were similarly bleak. Maybe they lucked into a rent controlled apartment, but the quality was low, rent increases of several hundred dollars were common and homeownership seemed out of grasp unless you had wealthy parents or won the startup lottery.

Why is it that moving to one of the most economically dynamic regions in the world felt like such a step backwards? Study, after study, after study suggests that the Bay Area was better at adding jobs than adding housing, and too much of the tremendous wealth created by Silicon Valley wound up flowing right out of workers’ hands into rents and home prices.

Since moving back to Atlanta, I’ve talked to people who agree that the situation in the Bay Area is not one to emulate, but they don’t believe we would ever reach that point. Our economy isn’t too hot? Tell that to Microsoft, Rivian, Y’Allywood, and all the other major companies knocking on our door. Our home prices aren’t that high? Tell the Atlanta Federal Reserve who declared, “Atlanta is now unaffordable.” And unlike the Bay Area, we have virtually no protections for tenants facing higher rents and an increasing influx of corporate landlords.

This is a complex problem with a lot of necessary interconnected solutions. More funding for public housing and rental subsidies for tenants on the private market. More accountability for landlords to offer habitable accommodations. But after living in one of the wealthiest and most tenant-friendly places in the country, I can tell you — if there aren’t enough homes to go around, all the subsidy in the world won’t make sure that everyone who needs a home gets one.

We can build more homes in the places people want to live, in the neighborhoods that provide children the best opportunities, with small changes to the rules that govern what kinds of homes, and therefore what kinds of families, get to be in our neighborhoods.

By bringing back duplexes and other building types, more families can have access to the economic opportunity that is headed our way. We can have a city and a region where you need less luck to end up in the right schools and to find housing you can afford near jobs and other amenities.

If that sounds like a city worth building, join me at Abundant Housing Atlanta to make it a reality.