It’s always helpful to see Atlanta from the eyes of outsiders.

Gary Brooker, the anchor musician, pianist and songwriter behind the symphonic British rock group Procol Harum, provided his perspective on Sunday night during a concert at Atlanta Symphony Hall.

Atlanta has developed into a beautiful city, a 21st Century city, Brooker told the not-sold-out, yet enthusiastic audience in the concert hall. Brooker went on to say that he remembered coming to Atlanta when it was a dump, and how impressed he was with the way it had evolved. 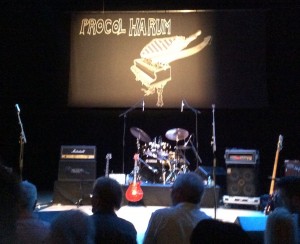 Obviously Atlanta’s profile has become more sophisticated over the past four decades. But I also think Brooker’s impressions of Atlanta could have been implanted by where Procol Harum played when he came to town.

Brooker is the only original member of Procol Harum still playing with the band, which has always attracted top-level musicians to be part of the group.

From what I can tell from my research, Procol Harum played in several different spots when on tour, including the old Municipal Auditorium, which is now part of Georgia State University (a parking facility now stands where the auditorium once stood).

But I do know from personal experience that Brooker and the band played at the Atlanta Sports Arena in 1972. According to a Procol Harum fan-based website, there was a reference to Procol Harum playing at the Arena – located in an industrial section of town – on July 14, 1972.

The site said that the opening acts were the Eagles (that part I remembered) followed by the Booger Band, a local Atlanta group.

I was only 16 at the time, I remember the concert as if it were yesterday. We were able to get quite close to the stage, and I was captivated by Brooker deep, melodic voice and the classical music influences that infiltrated his songs. 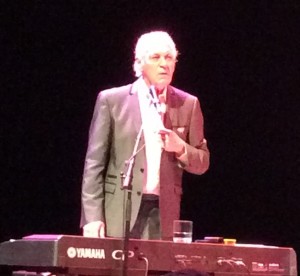 Perhaps Brooker preferred the environment inside the Atlanta Sports Arena than the relatively battered-looking area surrounding the venue.

Certainly the area around the Woodruff Arts Center and Atlanta Symphony Hall is much more polished and inviting to visitors and residents alike.

Of course, Procol Harum is quite used to playing with symphonies. One of its most popular albums was: Procol Harum Live In Concert with the Edmonton Symphony Orchestra.

Brooker said he would love to return to play with the Atlanta Symphony Orchestra. Now that would be a sensuous musical treat. It would be even better if the hall were filled with people – young and old – hearing the still strong and skilled voice from one of the true legends of our time.

And maybe Brooker would have even more to say about how Atlanta has changed over the years.