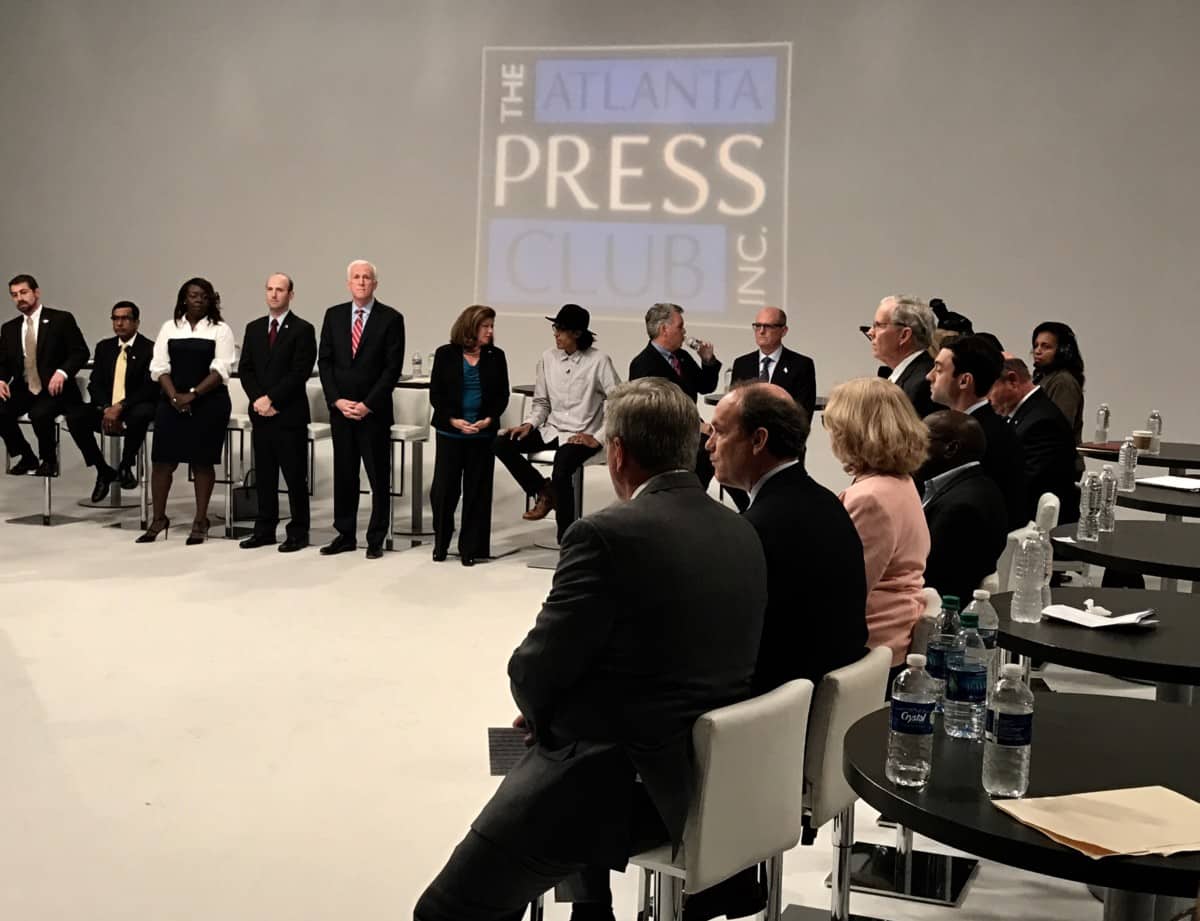 From the outset, I must disclose that I co-chair the Atlanta Press Club Debate Committee, a role I’ve held for the past two decades.

On Wednesday night, we had a couple of firsts when we put on a debate with the candidates running for the 6th Congressional District seat most recently held by Tom Price, who was named by President Donald Trump to become the Secretary of the Department of Health and Human Services.

It was the first time we have held a debate with so many candidates – 18. Our previous record was 13 candidates – and that one was about nine years ago. 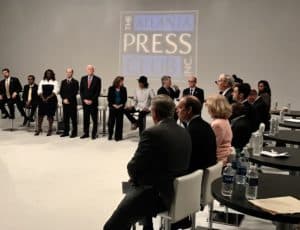 It also was the first time that we put on a debate totally by ourselves without the direct involvement of a television broadcast partner.

We were able to put on this debate because of an endowment Charlie Loudermilk made – and we have named the debate series in honor of Loudermilk and his close friend – former Atlanta Mayor Andrew Young.

We thought it was an excellent fit for us.

Here you have a white conservative Republican businessman and a liberal African-American civil rights leader who has served in elected office and started out as a preacher. We believed our debate series should reflect the spirit of those two political opposites who have been close friends for decades.

Wednesday night’s Loudermilk-Young Atlanta Press Club debate was a case in point. It included 11 Republicans, five Democrats and two Independents. Just about every political view on the spectrum was represented by one of the candidates running for the 6th district.

We did take a risk by putting on this debate. Because we didn’t have a broadcast partner, we had to absorb virtually all the costs to put on the debate. And we knew it would not be broadcast on television – the way most of our debates have been viewed in the past.

Instead, we would make it a social media, online debate and try to reach as many people as we could without a broadcast partner. 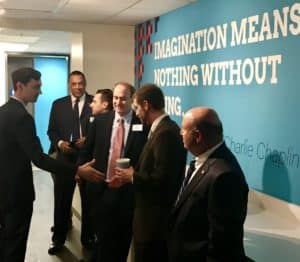 There were several reasons we weren’t able to secure a broadcast partner. We knew most stations would only give us an hour of airtime, and we knew we couldn’t host a debate with 18 candidates in one hour.

We also made the conscious decision of not picking winners and losers – avoiding efforts to narrow down the field of candidates to fit an hour debate. We did not want to treat any of the candidates unfairly by using polls or other criteria to decide who we should invite.

For years now, we have had a policy of inviting every candidate who will appear on the ballot. Because this race is a nonpartisan election, it includes Democrats, Republicans and Independents – contributing to the large number of candidates.

When we decided to hold an 18-person, two-hour debate that we would put on ourselves, we needed to find the right venue for it.

Fortunately, the APC has a great staff – led by President Lauri Strauss and associate director Sheena Roetman – who were able to work out all the arrangements and secure all 18 candidates to participate.

We were fortunate to have found a willing partner with Georgia-Pacific, which has a full studio inside of its center in downtown Atlanta. It also opened up its auditorium to members of the general public who wanted to watch the livestream in a room with others.

At times, it almost seemed as if we were at an athletic event with the public being able the cheer, laugh, yell out comments and clap. We usually don’t let such partisan displays to occur at our regular debates because it can be disruptive during the taping. But because the candidates were in a studio with a limited number of guests, and most of the viewers were in the auditorium, it permitted such exchanges to occur. 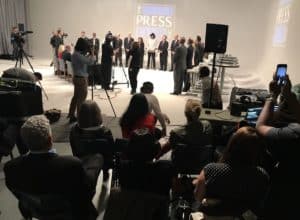 So how did it work out?

When the debate was over, we were amazed. Somehow we were able to pull off a debate with our normal format with 18 candidates. The debate was brilliantly moderated by Jeff Hullinger. And we had three great panelists: Jim Gallaway of the Atlanta Journal-Constitution; Giovanna Drpic of CBS 46; and Lisa Hagan of WABE.

Early reports about viewership also have been encouraging.

According to our social media team  – Birds of a Feather Creative – the initial numbers showed the debate has reached over 84,000 people as of Thursday morning with more than 20,000 views and 88 shares on the APC’s Facebook page. And these numbers don’t include the viewers who watched the debate as it live- streamed on WXIA, AJC and PBA.

We believe those numbers are comparable to the viewership we would normally get when we televise our debates. It just goes to show how much media is changing. And we are doing all we can to keep up with the changes in the world of journalism and public discourse.
Last, but not least, several key members of the APC committee were involved in the planning and the hosting of the 6th District Congressional debate: Rahul Bali, Susanna Capelouto, Jon Shirek, John Boswell, Maggie Lee, Tom Baxter and “Political Insider” Jim Galloway.

To watch the debate, please go to our YouTube link.

Here is the news story of the debate by the Atlanta Business Chronicle’s Dave Williams: “Crowded field of congressional candidates sounds off at debate.” 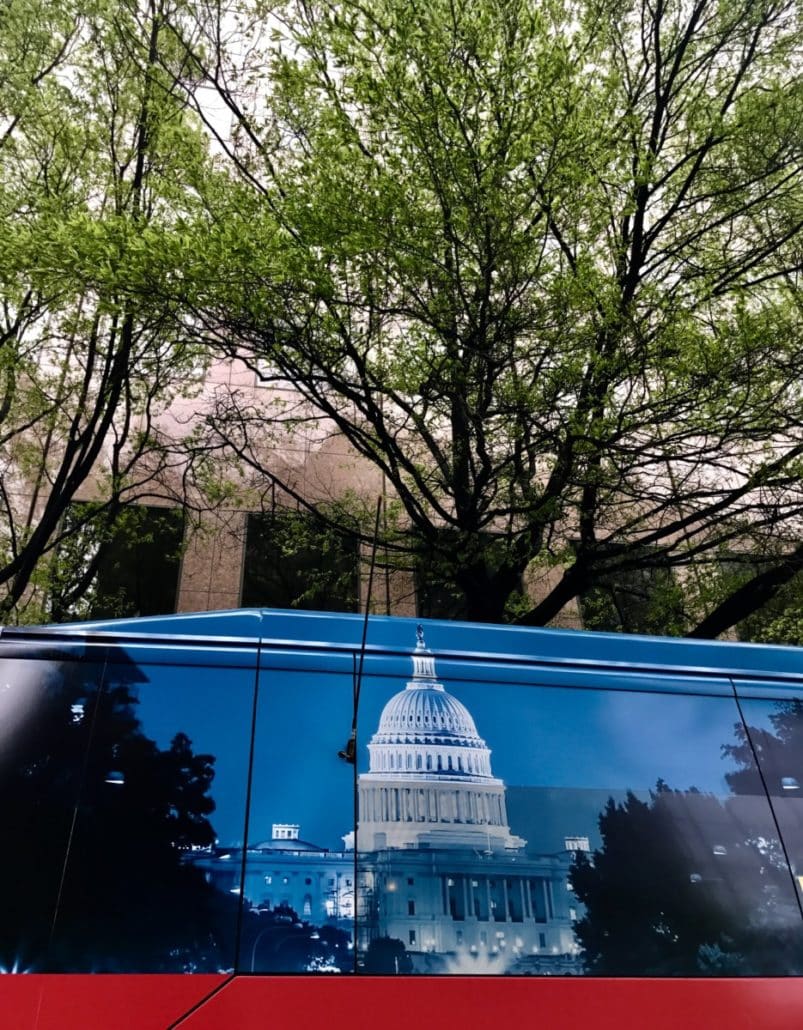 Eighteen candidates showed up Wednesday evening to the Georgia-Pacific Center in downtown Atlanta – hoping to go to Washington, D.C. as Georgia’s most junior Congressman (Photo by Kelly Jordan) 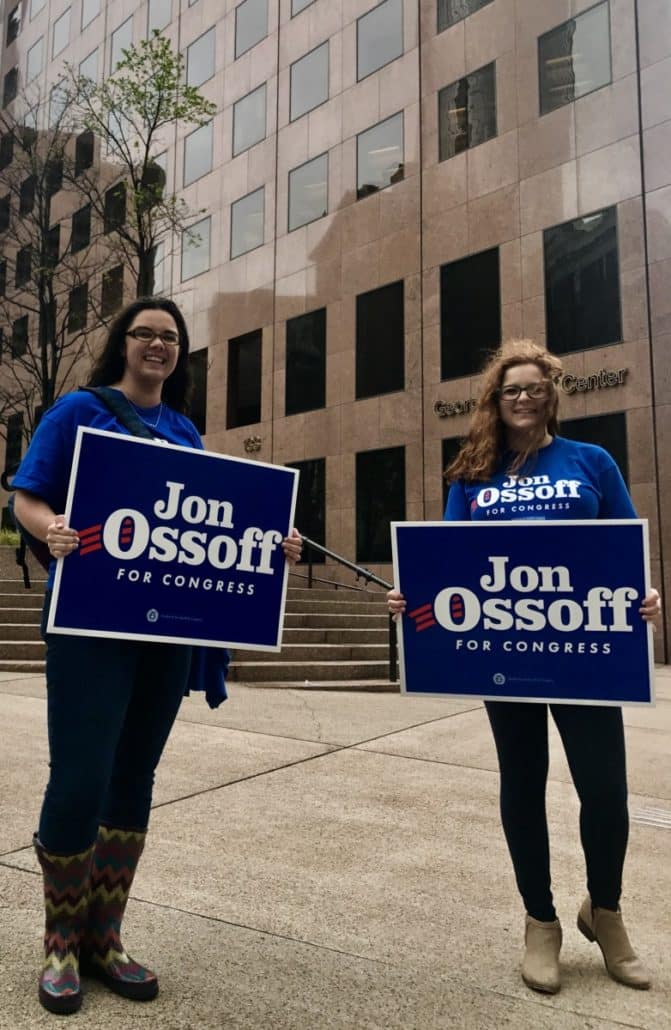