Atlanta region can brag about having 16 Fortune 500 company headquarters

It’s getting to a point where Atlanta will no longer have to exaggerate its role as a home for Fortune 500 companies.

For years, Atlanta has been inaccurately claiming that it has the third largest concentration of Fortune 500 headquarters among cities in the country. A story I wrote back in 2011 explains how this misleading statement became one of our selling points.

While Atlanta may not be able to have those bragging rights for years (if ever), it is steadily adding to its total number of Fortune 500 headquarters.

Out of Georgia’s 18 Fortune 500 company headquarters, 16 are based in metro Atlanta – an increase of two from just last year.

The 2014 Fortune 500 list has just been released. It officially added just one new Fortune 500 company to Atlanta’s ranks – Asbury Automotive. The auto company, which moved its headquarters to Duluth in 2008, had dropped off the Fortune 500 list during the downturn, but now is back on the list at No. 472.

But the official 2014 Fortune 500 list did not include Atlanta’s newest Fortune 500 company — PulteGroup — which the magazine still considers to be a Michigan-based company.

Last year, PulteGroup announced that it would be moving its corporate headquarters to Atlanta. It has already started moving its operations to One Capital City Plaza in Buckhead — a move that should be completed sometime this summer. Pulte even held its 2014 annual meeting in Atlanta as a way of cementing the fact that this is its new home.

When Pulte, the largest home builder in the country, announced it was moving to Atlanta, it just missed being a Fortune 500 company, coming in at No. 501. That denied Atlanta the ability of crowing that the relocation meant that it was getting another Fortune 500 company headquarters. 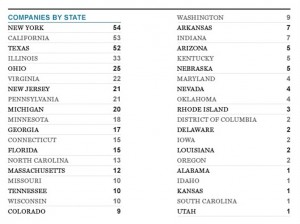 At a Metro Atlanta Chamber meeting on May 15, Pulte CEO Richard Dugas Jr. told me he had been informed by Fortune that his company had cracked the 500 list. Pulte is No. 446.

This is the way Crain’s Detroit Business acknowledged the situation:

“Michigan companies briefly regained 20 slots on the elite Fortune 500 list of top revenue-producing companies this week. But the advancement is very short-lived. The list includes 20 companies currently based in Michigan, but Bloomfield Hills-based PulteGroup’s previously announced headquarters move to Atlanta is nearly complete.”

The Metro Atlanta Chamber also was quick to highlight that the region had gained two new Fortune 500 companies since 2013. The Atlanta region also has 28 Fortune 1000 companies, the Chamber’s website stated.

But unfortunately, the Metro Atlanta Chamber’s website still includes the inaccurate and flawed information from earlier years under this headline:

Atlanta ranks third in the nation among cities with the most FORTUNE 500 Headquarters, according to the 2013 FORTUNE list.

This year, Fortune was wise not to repeat its misleading analysis of earlier years when it tried to rank which cities had the greatest concentrations of Fortune 500 companies. Instead the magazine decided to list Fortune 500 companies by zip codes, which makes it a little harder to calculate which metro areas have the most.

In addition to Atlanta, other cities with large concentrations of Fortune 500 company headquarters include San Francisco, Boston and Detroit, which would have 19 home offices even without the PulteGroup.

No matter where we rank compared to other cities, we certainly have a respectable number  Fortune 500 headquarters with 16.

So let’s just say that. We don’t need to tell untruths and half-truths when our own story now stands on its own. 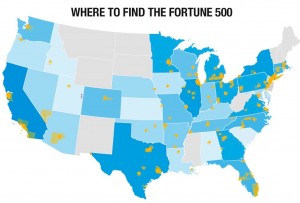