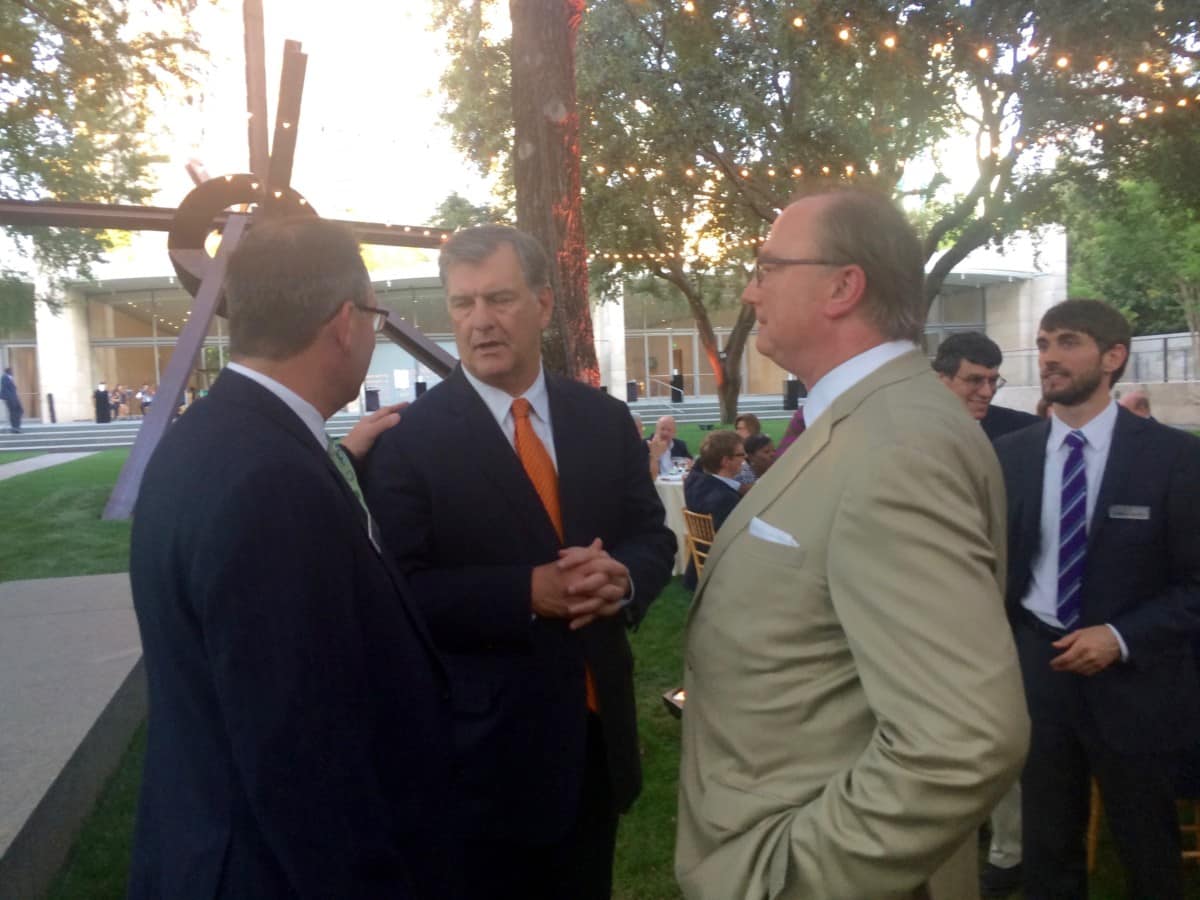 The Atlanta Regional Commission is planning to move its offices to Peachtree Center from its current home at the Loudermilk Center.

“We are moving to the heart of downtown,” said Kerry Armstrong, chairman of the Atlanta Regional Commission who is also an executive with Pope & Land. 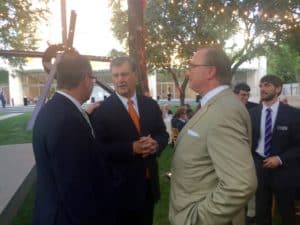 ARC has been considering its options for new space since it learned of the United Way of Greater Atlanta’s interest in selling some or all of its property on the block.

“Without the United Way’s change of strategy, this would not have happened,” Armstrong said. “We had an opportunity to collegially solve multiple challenges.”

The agency worked with John Izard and Cathy Sheehan of Cushman Wakefield to identify office property in downtown Atlanta that was accessible to transit and where ARC would be able to control its own meeting space.

Doug Hooker, ARC’s executive director, said the agency has been at the Loudermilk Center for 16 years, and it still had about 10 years on its lease with United Way. But much of the space in the Center – including the board room – was not part of ARC’s lease, meaning it had to book that space like other entities.

“As we have tried to increase our engagement with the community, we have wanted to have more meeting facilities,” said Hooker, who added that Peachtree Center’s final concept for the conference facilities and board room was what convinced them to choose that option. “Plus it is very comparable to what we are paying (in rent) right now.”

Representing Peachtree Center in the transaction was the JLL team of Mike Werner, David Horne and Kay Younglove.

The Atlanta Regional Commission, which used to be located on Northside Drive near West Paces Ferry Road, was one of the major community partners behind the development of the Loudermilk Center. The community gathering place – developed by United Way with major gifts from the Robert W. Woodruff Foundation and R. Charles Loudermilk – is where the Rotary Club of Atlanta and the Kiwanis Club of Atlanta meet on Mondays and Tuesdays every week respectively.

“To the real estate and civic communities credit, they came up with the Loudermilk Center and came up with a really good deal for the community,” Armstrong said. “That was 15 years ago, and the world has changed dramatically.”

Armstrong said it will take ARC about 10 to 12 months to build out its new space in Peachtree Center and move out of the Loudermilk Center. 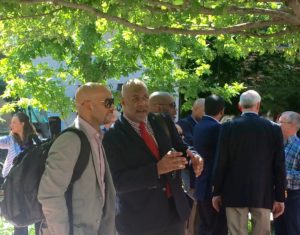 But he added that the move to Peachtree Center will help the agency be consistent in its strategic plans for the region – accessible to people from the entire 10-county and  20-county Atlanta region that it serves (depending on whether its for transportation, water or aging services).

“Peachtree Center was so far ahead of its time in terms of its inclusiveness of transit,” Armstrong said. “It’s walkable urban transit-oriented space. It will be great to be that close to the center of things”

Peachtree Center currently is refreshing its plaza space, which is a bonus for ARC because its conference facilities will now be included in those plans.

“That did flip the switch,” Hooker said. “We wanted to be sure the board was moving into a situation that was better conceived.”

Doug Sams is the real estate editor of the Atlanta Business Chronicle.

Previous Article
Grabbing Your Seat at the Table
Next Article
Lives at Stake: Seeing Zika Firsthand