A drama-filled vote for a new chairman of the Atlanta Regional Commission went for 12 ballots before any candidate received the needed 20 votes from the body that oversees the 10 metro counties.

At the end of the day, the new chairman of the metropolitan planning and implementation body will be Kerry Armstrong, a citizen member from Gwinnett who has been on ARC’s board since 2008. Armstrong is a senior vice president with Pope & Land Enterprise, which he joined in 2012. Armstrong will become chairman in January, 2014.

The new chairman will replace Tad Leithead, who in January 2009 became the first citizen member in ARC’s history to chair the organization.

Before the vote for chairman began, Leithead’s own position on the board was in question. During an earlier executive commission session among the elected officials to elect new citizen members, interim DeKalb County CEO Lee May proposed an alternative candidate to Leithead — Minuard “Mickey” McGuire, who actually had begun his career as a planner at ARC in 1975.

The executive committee was deadlocked between those two citizen members. Fulton Commission Chairman John Eaves, who was unable to attend the executive session, tried to reopen the issue during the board meeting — resulting in a half-hour debate over the Robert’s Rules of Order.

At one point, Leithead said: “I’m chair for another minute. And I don’t even know if I’m on the board.”

Finally, the ARC board decided to table the vote on the citizen member position and continue with the intrigued-filled vote for chair.

The 12 ballots were historic for ARC. Never has an election for chairman taken that many tries to reach the need 20 votes among the 36 members.

Armstrong and Johnson led the votes for most of the ballots — often being tied. Worthan withdrew his name during the fourth ballot, and then it took five more ballots before Oden withdrew from the contest. At that point, there were two votes that had Armstrong receiving 18 votes and Johnson receiving 17 (one person had to leave the meeting during the voting process).

After that second vote with the exact same result, Johnson withdrew his name. Then there had to be an official vote with just Armstrong on the ballot. Once he had been elected on the 12th ballot, he received a standing ovation.

The election showed how the power on the ARC board has shifted over the years. It used to be that the chair was always the head of a county government. The first to change that pattern was Leithead, when he became chair as a citizen member.

In the last several years, the mayors have had an increasing influential role on the ARC board, which was obvious during the Atlanta Regional Roundtable that selected the project list for the Transportation Investment Act. The chair of the Roundtable was Johnson, the mayor of Norcross.

Here is some information on the four candidates who were running for ARC chair: 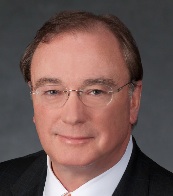 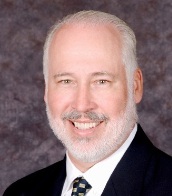 Johnson – Mayor of Norcross; chair of Metro Atlanta Mayors Assoc.; chaired Atlanta Regional Transportation Roundtable, which created the list of projects to be funded with the proposed 2012 transportation sales tax; current ARC committees include Executive – ex officio; Regional Transportation; Transportation and Air Quality. Retired in 2001 as Georgia Tech chair of the music department and director of bands at Georgia Tech, and director of the Olympic Band from 1992-1996. “Bucky Johnson was elected the mayor of Norcross in 2008 and re-elected in 2010. He is an Atlanta native and currently serves on the Gwinnett Tech Foundation Board, the Partnership Gwinnett Implementation Committee, the Gwinnett Artworks Board and is Co-Chair of the Istanbul Center Advisory Board. He is a graduate of the 2009 Class of Leadership Gwinnett and the 2009 Regional Leadership Institute. He serves as the President of the Gwinnett Municipal Association, which represents 14 cities in the county. Bucky is a member of the Peachtree Corners Rotary.” 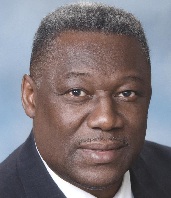 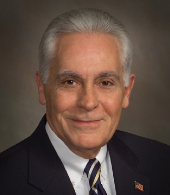 Previous Article
Column: Georgia Works! launched to help change lives of homeless
Next Article
From poverty to plenty: Atlanta could be a case study in reducing blight