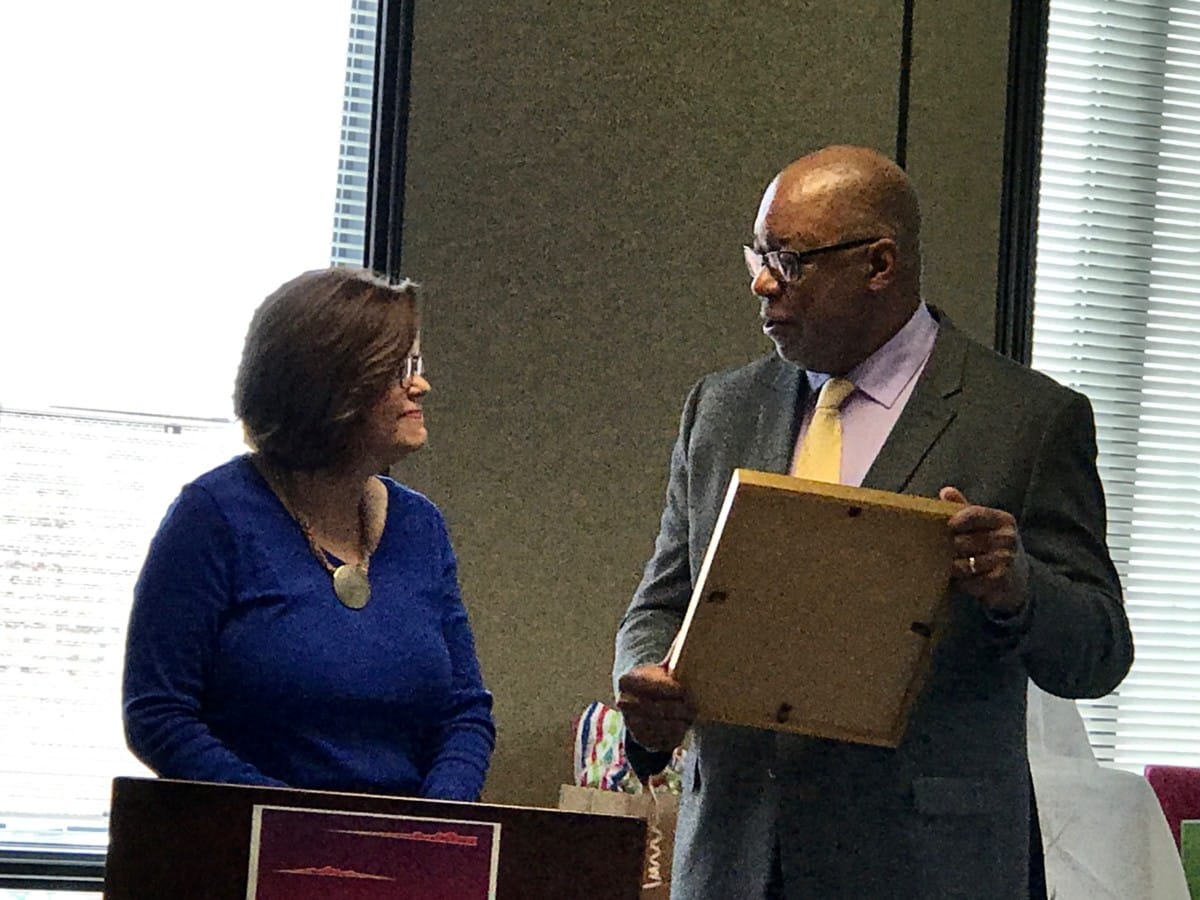 For more than 31 years, Julie Ralston has been the communications voice for the Atlanta Regional Commission.

On Feb. 21, she retired as ARC’s director of the Center for Strategic Relations – complete with a state proclamation, slide show of Ralston through the years as well as video, a reception following the organization’s board meeting and a party at Manuel’s. 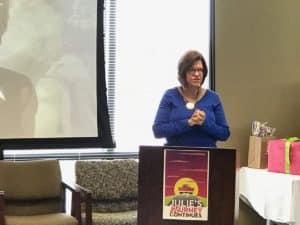 “If you don’t know Julie personally, I can tell you she’s fearless in all the good ways,” said Doug Hooker, ARC’s executive director since November 2011. “She has a passion for the work that we do to bring the region together. She has a strong belief in getting individuals to work together to move the community forward.”

Ralston said she felt like the luckiest person in the world having spent most of her career at the ARC.

“I remember about 31 years ago when I went into the ARC for a job interview that would lead to the most meaningful work,” Ralston said. “At 29, I remember saying I’m looking for my work home. I did find that place at ARC. Three decades have gone by so fast.”

“There were no water wars,” Ralston said. “There were no LINK trips. There was no Regional Leadership Institute. No State of the Region breakfast. I’m so grateful for being able to do such rewarding work.”

At one point, Ralston said that before Hooker became executive director, she had been thinking of leaving the organization that works with the 10 counties in the Atlanta region.

“I want to thank Doug Hooker for giving me a greater opportunity to contribute,” she said. “In the end, we don’t get very far without joining hands. I’m not saying I’m retiring from the ARC. I’m graduating from one of the greatest institutions in the region.”

One of Ralston’s colleagues remembered when there was a bureaucratic list of initials to describe an effort to rejuvenate town centers throughout the region. 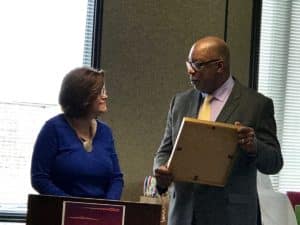 It was Ralston who said there was a much better way to brand the effort – and she came up with the name – the Livable Centers Initiative – now one of the most popular programs administered by the ARC.

One of the photos in the slide show depicted Ralston standing in between Harry West and former Georgia Gov. George Busbee. It must have been taken in the mid-1990s when the two were working on Vision 2020, an initiative that helped establish a strategic direction for the Atlanta region. Busbee was chairing the effort.

Ralston provided communications support for that initiative and virtually every other major effort the ARC undertook during her tenure.

The plantings by Ralston at both the park and ARC will continue to bear fruit for years to come.