A avid climber with a love for Piedmont Park, one Midtown resident is leveraging his climbing plans as a fundraising effort for the city park. (Photo courtesy of David Settlage.)

Midtown resident David Settlage is on a mission — a big one. 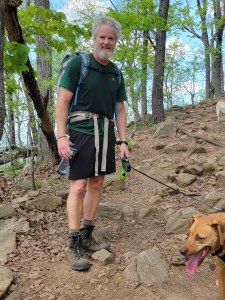 In about a week, Settlage will embark on his climb of Mount Kilimanjaro in Tanzania, the highest point in Africa. But he isn’t forgetting about his hometown while traveling abroad. Instead, he’s set to raise $20,000 to support Piedmont Park.

As an avid climber with a love for Piedmont Park, Settlage decided to leverage his climbing plans as a fundraising effort for the park.

Settlage has lived in Atlanta for about 30 years, moving to the heart of Midtown several years ago. He visits the park daily and is so well acquainted with the 185-acre park, he sees it as his own backyard. 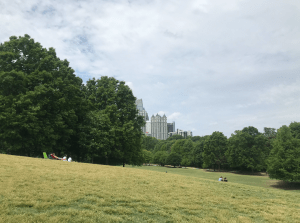 Piedmont Park, nestled in the heart of Midtown, is the city’s second-largest park. (Photo by Hannah E. Jones.)

“It’s the best backyard as far as I’m concerned,” Settlage said. “There’s so many things happening and people in the park all the time. I just love the energy and the activity. Now that I know the park like the back of my hand, it has so much to offer.”

Settlage got involved with the Piedmont Park Conservancy about a year ago, and he has since encouraged neighbors at two buildings that he’s lived in to donate to the nonprofit dedicated to managing and raising funds for the park.

While Piedmont is Atlanta’s second-largest park, with an annual operating budget of about $4.5 million, 95 percent of its upkeep is funded by private donors, according to the Conservancy.

Settlage is no stranger to mountaineering. He did his first climb at Mount Rainier in 2012 and has since climbed three “fourteeners,” a mountain at least 14,000 feet above sea level. 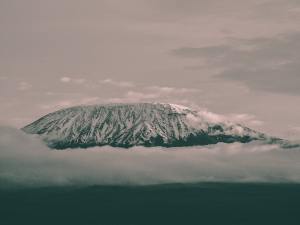 His Mount Kilimanjaro climb is entirely self-funded, aiming to raise $20,000 for the Midtown park. The Conservancy will be free to use the funds however needed, including amenity improvements, upkeep and increased safety measures.

His initial goal was $10,000, which was quickly surpassed; now, he is only a few thousand dollars away from reaching the new target. Most of the donations range from $25 to $100, showing that Settlage’s mission resonates with residents of the city.

“It’s not like I had a few people with deep pockets,” Settlage said. “It’s really been a grassroots effort to get where we are.”

The Conservancy team is grateful for Settlage’s dedication to the park and applaud his unique approach to fundraising.

“Many people love Piedmont Park. Not many take that love to new heights like David,” said Courtney Bugler, chief development and marketing officer. “We are so excited to see David’s hard work pay off for him personally and for the Park. Challenge fundraising is relatively new for the Conservancy and we hope to see more people combine opportunities to reach their goals with supporting the Park.”

Settlage will begin his eight-day climb on June 27, taking the 42-mile-long Lemosho Route. Considered the most scenic route on the mountain, the trail will wind through the desert, a rainforest — with wildlife galore like the black-and-white colobuses and blue monkey — and past landmarks like the Lava Tower and Barranco Wall.

Visitors aren’t allowed to climb the mountain without a professional guide service, so Settlage will join a group of seven climbers, four guides and 24 porters who will carry most of the group’s gear. 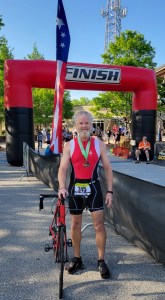 Settlage is gearing up for his third triathlon this weekend. (Photo courtesy of David Settlage.)

He began training last August — dropping 50 pounds along the way — with monthly 5K races, three triathlons, multiple trips to the gym each week and hopping on his yoga mat. In the final days before Settlage’s climb, he will continue to train and spread the message about the importance of supporting Piedmont Park.

“Without the private donors, it would be a different park,” Settlage said. “I hear stories about how in the ‘80s, it was not a good place and a little bit scary, particularly after dark. Boy, has that changed. It feels like a safe place, at least to me.”

Folks who donate through Settlage’s GoFundMe will receive updates to follow along as he prepares and ascends the mountain. For those interested in learning more about Settlage’s climb or supporting his mission, click here to check out his GoFundMe.

Anyone interested in spearheading a challenge fundraising project can send an email to the Conservancy.