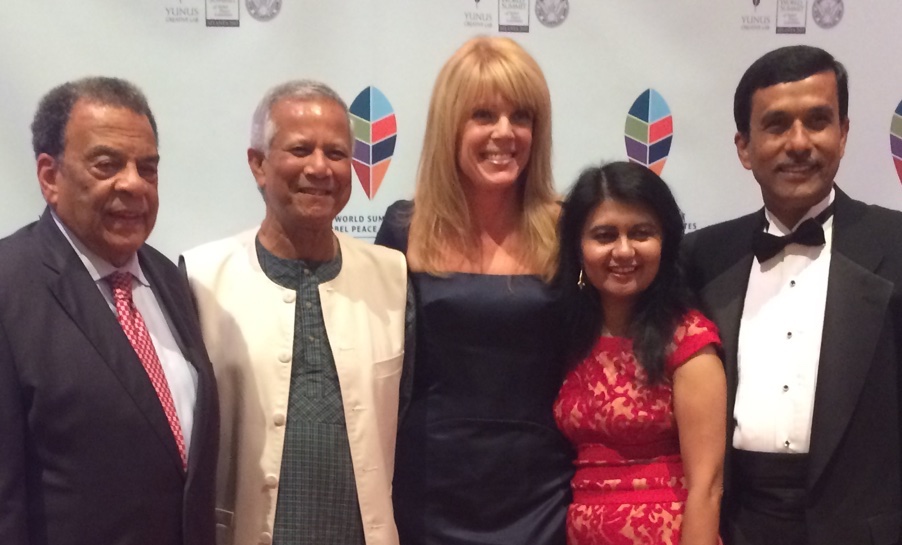 Atlanta’s quest to host the 2015 Summit of Nobel Peace Laureates has taken yet another twist falling just short of a final decision.

The last week could be described as one where the Summit moved two steps closer and one step back with receiving a final green light to move forward from all the necessary players.

The latest proposal has been put together by key members of the Rotary Club of Atlanta, which has been considering the feasibility of co-hosting the World Summit of Nobel Peace Laureates in November with the City of Atlanta.

A preliminary proposal was put together by the leadership of Atlanta Rotary. It just so happened that K.R. Ravindran, the president-elect of Rotary International, was in Atlanta to attend a conference at the Carter Center. The Atlanta Rotary leaders were able to brief him about their ideas, and he did not raise any red flags.

Then on Friday, Atlanta Mayor Kasim Reed said he would support a Nobel Summit hosted by Atlanta Rotary. 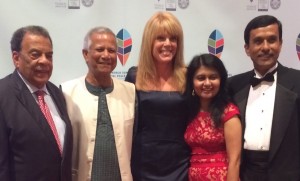 Also on Friday, Enzo Cursio, the head of communications for the Permanent Secretariat of the World Summit of Nobel Peace Laureates, was in Atlanta for a series of meetings to see what was the status of the Atlanta proposal.

Finally, on Monday after the weekly Atlanta Rotary lunch meeting, the board got together to decide whether it would make a formal proposal to the Secretariat. Atlanta had been given a deadline (and then it was given a couple of extensions) to turn in a final proposal to the Secretariat in Rome. The Secretariat had said that if Atlanta could not meet its deadline, it would award the 2015 Summit to another city. It is thought that Barcelona would host the 2015 Summit if Atlanta can’t get its act together in time.

Later Monday afternoon, the board of the Atlanta Rotary issued a statement following its “special called session” to discuss the feasibility of co-hosting the World Summit of Nobel Peace Laureates in November with the City of Atlanta:

The board voted to move ahead to a due diligence phase of planning.  The club has informed the Nobel Secretariat in Rome and also the office of Mayor Reed of the board’s vote, the statement read.

Rotary Club of Atlanta Chairman Robert Balentine said, “Rotary Club of Atlanta has historically stepped up to do what it determines as right for our city and practical for our club to get done.  We hope we determine that we can move ahead quickly and host a successful event.  There are a few key questions that need to be answered quickly.  Once we have those answers, we can make a final determination.   Our goal is to find a path to producing an event that will bring pride to our city.”

What has become obvious is that all these parties are moving forward without Yunus Creative Labs and its CEO Mohammad Bhuiyan with his wife, Shamima Amin, YCL’s chief operating officer.

Yunus Creative Labs and Bhuiyan originally had helped secure the Nobel Peace Summit to Atlanta and was the host organization for the event that has been scheduled to take place from Nov. 15 to 19.

But in March, Atlanta Mayor Kasim Reed withdrew the city’s support of the Summit as long as Bhuiyan was involved. Then Muhammad Yunus, the 2006 Nobel Peace Laureate and the namesake of Yunus Creative Lab, resigned as chairman of the organization saying he had lost confidence in its management. Then the Secretariat withdrew its support of Yunus Creative Lab. And finally three of its seven board members resigned – including Laura Turner Seydel, who had been chairing the Host Committee for the Summit; and Jason Carter, the grandson of 2002 Nobel Peace Laureate Jimmy Carter.

Still, there is concern that Bhuiyan will do all he can to undermine any other Atlanta group seeking to put on a Nobel Peace Summit. Bhuiyan apparently has been telling people in town that he is traveling around the world seeking support for his own Nobel Peace Summit.

Also, it is not clear what would happen with the estimated $1.2 million that Yunus Creative Labs has raised from several corporate sponsors to put on the November Summit. It is not known whether they will try to get their money back and reallocate it to the Rotary­–City of Atlanta initiative.

Bhuiyan also has let it be known that he believes he and his wife need to be reimbursed for the time they have already put into the effort. It also is unclear whether some of these issues could end up in court.

So to summarize – the board of Atlanta Rotary is in a “due diligence” stage of deciding of whether to co-host the Summit with the City of Atlanta. If it gives the green light, the City of Atlanta is on board. Then the Secretariat will need to decide whether it will reaffirm Atlanta as the site for the 2015 Summit. Also Rotary International may want to weigh in on the decision at its next board meeting, which will be at the end of this month.

As we get more clarity on whether Atlanta and Rotary will co-host a Summit here in November, SaportaReport will keep you posted.