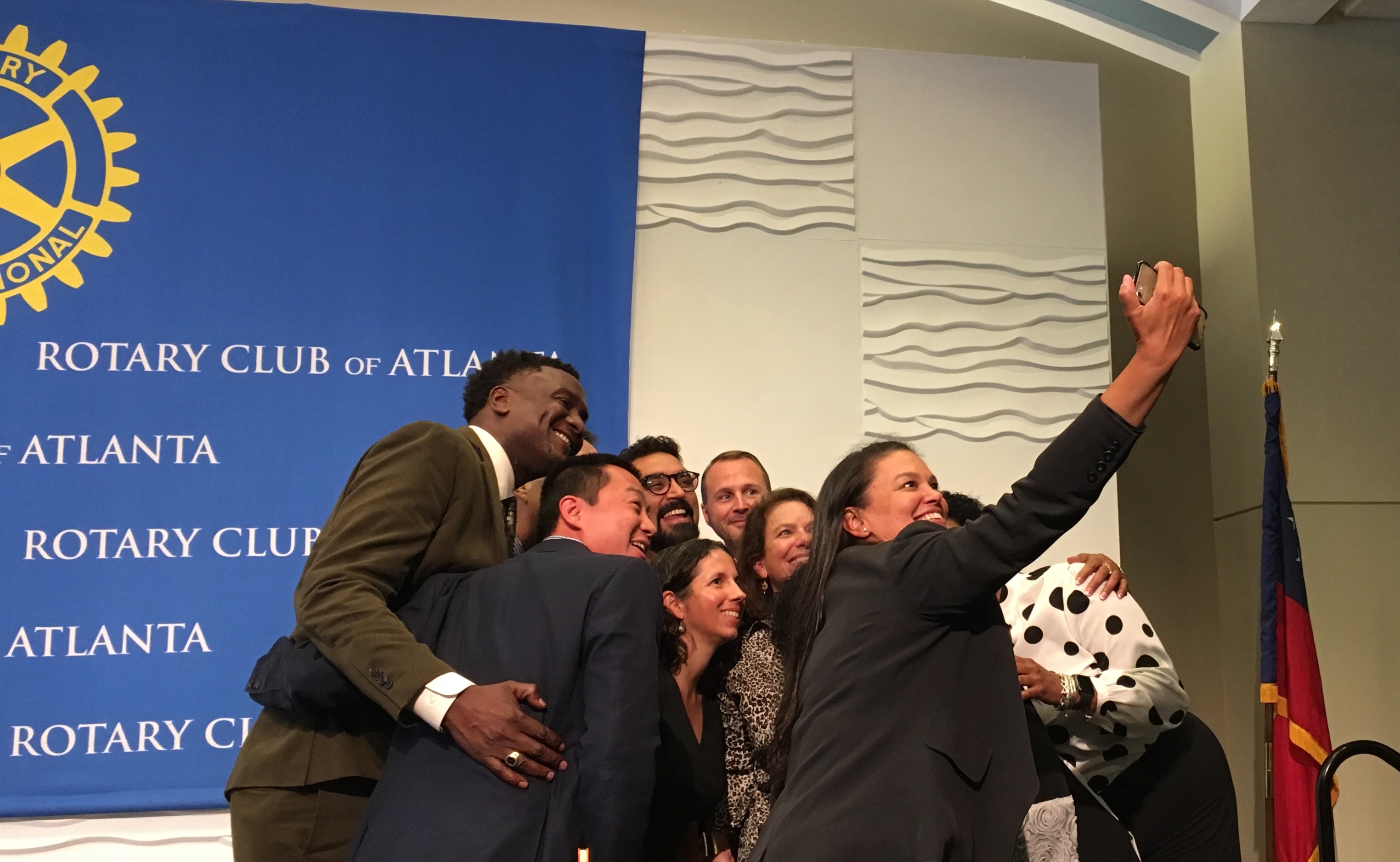 Atlanta Public Schools Superintendent Meria Carstarphen outlined a lot of reasons why someone in her job might want to declare victory: higher test scores, higher graduation rates, drastically reduced teacher vacancies, fewer suspensions, fewer arrests. But she herself says those high-level numbers mask huge academic achievement gaps tied to poverty that have to be made up.

“We can’t take the victory lap if you’ve got basically 75 percent of all the kids at APS … living in poverty,” Carstarphen said, “Poverty is at the heart of everything we’re facing.” 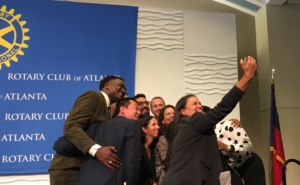 She projected a slide above the heads of some 200 or more Rotarians whose regular Monday morning meeting she was addressing for the first time in about five years, about when she started at APS. The slide was from a 2016 New York Times article based on Stanford University data.

“These are odds kids can’t fight on their own,” she said, pointing to a graph of wealth, race and student achievement nationwide — Black students dominated the side of the graph about family poverty and low student achievement. White students came from wealthier families and were higher-achieving students.  It also had a little inset about Atlanta.

“You can see that white students … they’re 4.5 grade levels ahead of black students and it’s tied to poverty,” Carstarphen said.

The schools don’t have a chance to be fair to all, the argument goes, when so many students year after year are dealing with unstable housing, food deserts, lower economic opportunities and a lack of transportation.

But if the system is going to do its best, it needs everyone to come together, she said.

APS already has a “turnaround strategy” underway, which Carstarphen introduced in 2015. It includes traditional things like tutoring, less traditional things like partnering with nonprofits including Purpose Built Schools, but also what are called “wraparound” services — like clinics at schools that offer much more than the previous generation’s school nurse.

(Starting this year, all school breakfasts and lunches will be free for all students as well. About half of students were already qualified for such free meals based on need.)

And Carstarphen also asked the Rotarians to sponsor programs like the APyeS! Awards, the State of the District speech, a 5K for National Teacher Appreciation Week, or to volunteer as a school team member, tutor or mentor.

Folks interested in volunteering can start with asking around at their school’s PTA. And the Office for Partnerships and Development handles sponsorships.