By Guest Columnist JIM KEGLEY, president and CEO of U.S. Micro — the four-year presenting sponsor of Art on the Atlanta BeltLine

Study after study confirms what we instinctively know: talent – particularly young, mobile talent – is drawn to dense, walkable, city neighborhoods. Companies increasingly seek these urban environments that encourage the sort of chance encounters between talented people that lead to innovation and boost productivity.

From Boston to Las Vegas, Research Triangle to San Francisco, public-private partnerships are creating the great places that will fuel cities’ competitiveness. The Atlanta BeltLine is our city’s mission-critical, public-private initiative to help ensure that we can attract and retain talent, companies and jobs.

Having originally founded a high-tech company in Atlanta that has since expanded across North America and internationally, I’ve seen firsthand how eager cities are to attract emerging companies. 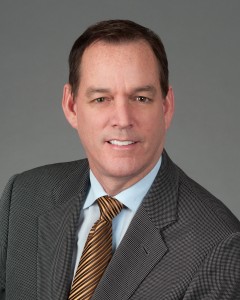 Now is the time for more of us who have seen our companies grow exponentially since the Olympics to step up and further the Atlanta BeltLine’s momentum. Atlanta’s herculean Olympic effort filled our city with confidence that we could realize ambitious dreams. The Atlanta BeltLine is the region’s next big step forward.

From the time that the Atlanta BeltLine evolved from a grassroots movement to a full-fledged public-private partnership, Atlanta’s who’s who of corporate and philanthropic leaders have been there to move it from vision to reality: The Robert W. Woodruff Foundation, Arthur M. Blank Family Foundation, James M. Cox Foundation, Home Depot, Coca-Cola, Turner Broadcasting System, SunTrust, Wells Fargo, Georgia Power, UPS, Georgia Pacific, AGL – as well as newer corporate citizens like Kaiser Permanente and generous individuals too numerous to mention.

Walking the Eastside Trail from Monroe Drive to Irwin Street provides an inspiring view of the results of the many partnerships that have already been forged – the Trees Atlanta BeltLine Arboretum, the Historic Fourth Ward Skatepark and works from this year’s Art on the Atlanta BeltLine exhibition.

With each step, you’ll see new developments and programs strengthening individual neighborhoods soon to be connected not only by proximity but through a stronger sense of community. With the influence, resources and talent to be found in Atlanta’s dynamic and diverse private sector, it’s crucial that a broader array of business leaders ramp up their commitment to these projects and ensure this city continues to realize its potential as the thriving economic hub of the Southeast.

The Atlanta BeltLine is addressing some of Atlanta’s most challenging issues: transportation, land use, a lack of public spaces, a paucity of public art and more. Last month’s news that the project received an $18 million grant from the U.S. Department of Transportation to continue development on the southwest side of the Atlanta BeltLine invites further private sector participation.

Businesses can undertake team-building activities, such as volunteering for special events or adopting a section of the Atlanta BeltLine. The Atlanta BeltLine Ambassadors program offers the opportunity for volunteers to reach out to residents and businesses within their communities to encourage neighborhood involvement.

Private industry can also provide direct support through sponsorship of events and programs. When Art on the Atlanta BeltLine began four years ago, there were 40 visual and performance art exhibits. As a presenting sponsor, we are proud to have been a part of the program’s expansion to 70 works this year. Without the help of the private sector, that would not have been possible.

Many U.S. cities competing for entrepreneurs, well-paying jobs and the next corporate relocation are watching to see what Atlanta will do to stay competitive. I am hopeful that the public-private partnerships that have helped make the Atlanta BeltLine successful will serve as a model for how much we as a city can accomplish when we work together.