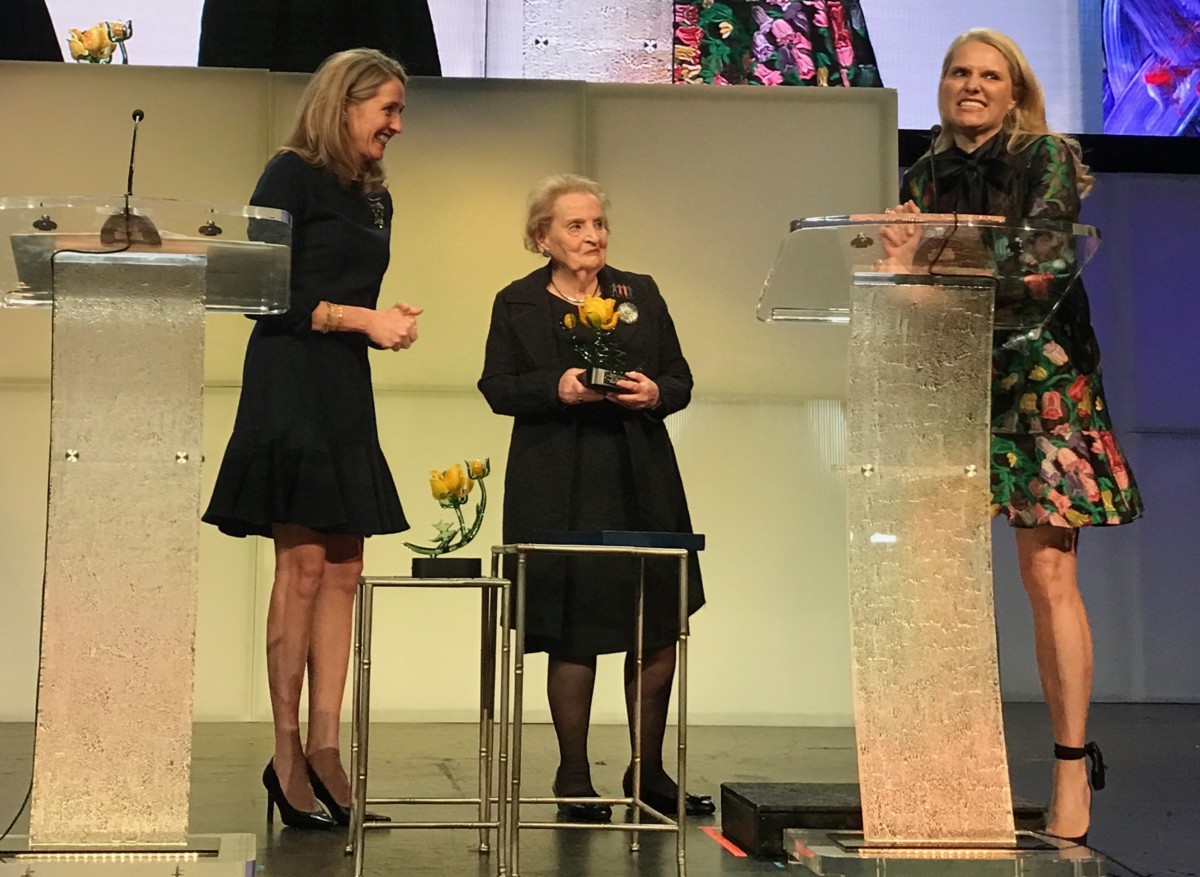 Two was the operative number for the Atlanta Women’s Foundation annual luncheon – Numbers 2 Big to Ignore – at the Georgia World Congress Center.

The lunch itself raised more than $1 million, including on-the-spot pledges from dozens of women who raised their hands to make donations from $500 to $10,000.

Kari Love, CEO of the Atlanta Women’s Foundation, said that with the Coca-Cola gift, the luncheon raised more than $2 million for the organization that serves women and girls. 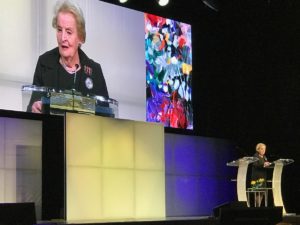 The dramatic moment, however, came when Bea Perez, a senior vice president for the Coca-Cola Co., took the stage and announced a $1 million gift from her company and the Coca-Cola Foundation.

“Like many Americans, I was not born in the United States,” she said stopping short of making a political statement about President Donald Trump’s policy of wanting greater restrictions against immigrants entering the country.

“Some politicians have the feeling that when they’ve said something, they’ve actually done something,” Albright said without naming names.

She did mention that recently there’s been “lots of back-sliding.” Then Albright said she would use diplomatic language to describe the current state of world affairs by saying it “is a mess.”

Albright grew up in Czechoslovakia, but she and her parents fled to England during World War II. After the war ended, they returned to Prague, but soon the country became part of the Eastern European bloc under the influence of the Soviet Union.

“Once again my family was forced into exile,” Albright said – explaining how her family moved to Colorado. When she went to college, she flirted with the idea of becoming a journalist but she ended up getting married to a journalist instead – soon becoming pregnant with twin daughters.

She described herself as a housewife who was dissatisfied with housekeeping and did not know how to get out of the rut she was in. 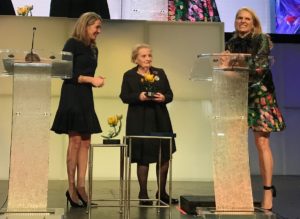 “Henry Kissinger welcomed me into the fraternity of secretaries of state, and I told him: ‘Henry, it’s no longer a fraternity,” Albright told the gathering of 1,820 women and a spattering of men who attended the lunch.

Albright told attendees that it’s easy to get depressed and pessimistic when reading the headlines.

Last year’s Numbers 2 Big to Ignore lunch happened two days after the presidential election – when lunch planners had expected to be celebrating the election of the first woman president in the nation’s history.

Jane Fonda and Gloria Steinem were the keynote speakers for the 2016 luncheon, and they acknowledged they were confused by the election’s results. But they added that women will “have to have each other’s back no matter who we voted for.” 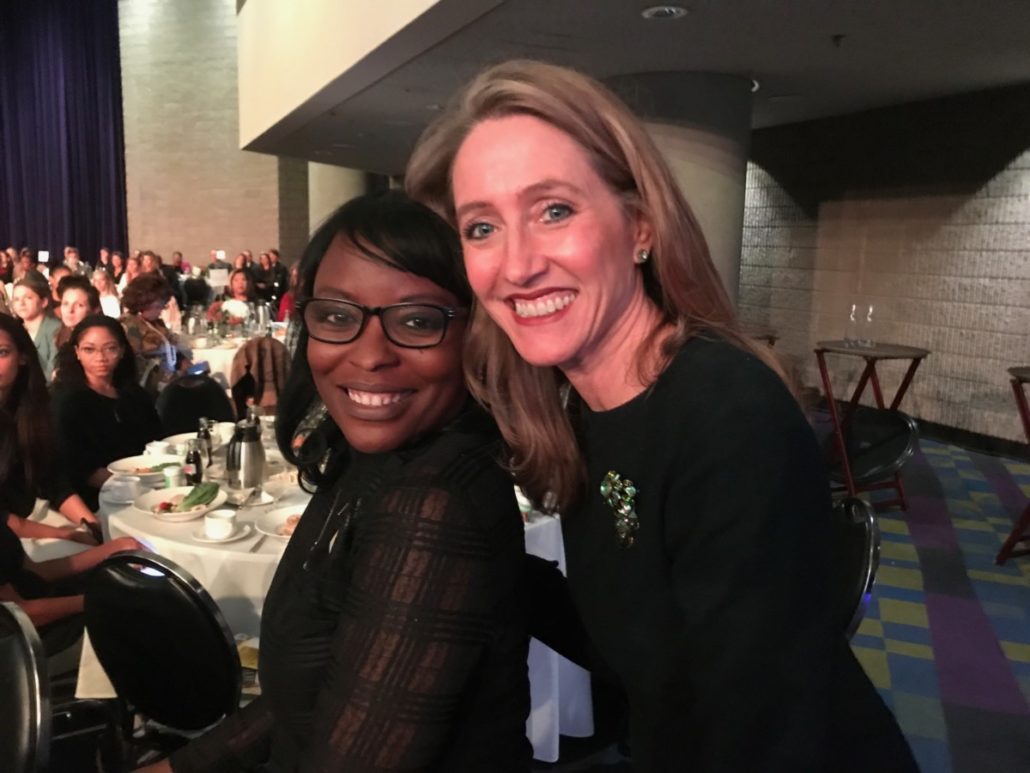