Atlanta’s arts community at a crossroads — is the curtain closing?

As thousands recently gathered to officially open the doors of our airports new Maynard H. Jackson, Jr. International terminal, an opening day that will further brand Atlanta as the world’s “Gateway to the South,” I can’t help but reflect on the many facets of the legacy of former Atlanta Mayor Maynard Holbrook Jackson.

Mayor Jackson was a man who not only opened Atlanta to the world, but as Atlanta’s first “Arts Mayor.” he arguably transformed the cultural landscape and identity of our city.

One would be remiss to not credit this giant of man for truly opening the curtains of Atlanta, by mandating that it would be a community brought to life with every genre of arts and culture — a community that some would say 30 years later is on the verge of having those same curtains closed.

Over the last year we have witnessed our cultural community be plagued with financial challenges, including the almost closed doors of many arts organizations, such as Atlanta’s own Actor’s Express and even those of the Georgia Council for the Arts. 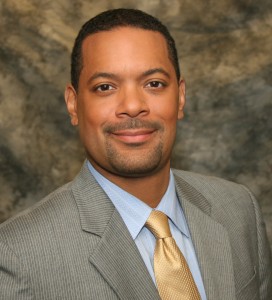 Also the up-coming departures of many great arts leaders such as Joe Bankoff from the Woodruff Arts Center; Gerri Combs’ retirement from South Arts; the recent resignation announcement of Metro Atlanta Arts and Cultural Coalition’s CEO Flora Maria Garcia; and the revolving door of leadership at Fulton County’s Office of Art and Culture, forces us to pause and question if Atlanta’s once thriving cultural scene is in a state of crisis.

Or is the state of our arts community at a unique place in our history — an opportunity to look at how we can do things differently to expand the gateway and thus become the cultural mecca that Maynard knew Atlanta should be.
Though there is still more work to be done, one could say that we truly are at a turning point for cultural victories in this community. Though arts funding within local governments continues to be a chopping board, recently there has been a renewed public commitment by our city and county political leadership to make it a priority to increase the cultural vibrancy of the metropolitan Atlanta community.

The economic vitality of Atlanta’s arts community has been recognized nationally in a recent study by Creative Industries showing that the City of Atlanta has the highest number of arts-related businesses per capita among the 100 largest cities in the United States.

Atlanta also ranks second nationally of having arts-related employees per capita in the nation (an increase from 2011). Small and mid-size arts organizations are coming together to do more collaborative projects.

And across the board, arts organizations are actively working to take creative approaches to attract new audiences and build the next generation of arts supporters.

Though these are all steps in the right direction, to ensure a complete victory at this crucial moment of transition, we should have a call to action to the remaining voices of Atlanta — including the voices of corporate Atlanta and the citizens of the city.

Leaders of our businesses — both large and small — should take the example of a city like Chicago, where numerous corporations are leading the way. They are partnering with the tourism bureau and they are making a continuous commitment of human and financial resources to ensure that city is an internationally recognized destination for art and culture.

The business community of Atlanta has a long history of showing its power when it has joined the political leadership to support one united effort, the Centennial Olympic Games is the greatest example of that cooperation.

And finally the every-day citizen — within our families, schools and places of worship — we must renew our support for the phenomenal theaters, galleries, museums and other places of cultural enrichment. Most instiutions have specific days within their seasons for free or greatly reduced entry.

We truly are at a critically defining point in Atlanta’s legacy as a national cultural mecca. However, to ensure the success of this victory, we must continue to do what has always been the Atlanta way.

In the spirit of Maynard Jackson, Robert W. Woodruff, the victims of the Chateau de Sully, most recently Jane Bishop and countless others who committed their lives to enrich the cultural vitality of Atlanta, we must come together and bring both our human and financial resources to re-affirm all that is great about Atlanta.

Now with the increase in technology and opportunities to connect globally, we have a unique opportunity to shape our cultural landscape and mandate that Atlanta will not only be a city to busy to hate, but a city nationally and internationally known for its unique and vibrant cultural offerings — a community where every day really is an opening day!

In addition to his role at the National Center for Civil and Human Rights, Imara Canady is a veteran of city government who currently is a member of the Fulton County Arts Council.