Atlanta’s income gap problem rooted in poverty, not in a lack of middle-class

By Guest Columnist MIKE DOBBINS, a Georgia Tech professor of architecture and planning who also served as the city of Atlanta’s commissioner of planning, development and neighborhood conservation from 1996 to 2002

In a recent column, Maria Saporta attributed Atlanta’s worst-in-class rankings for income disparity and social immobility to the post-Olympic period, which she characterized as one of “Atlanta’s Greatest Missed Opportunities.”

While I hesitate to challenge Maria’s wisdom, I must disagree with her conclusions both about why Atlanta has such income disparity and social immobility and with her characterization of the post-Olympic period as a missed opportunity.

Taking the latter first, she references the Renaissance Policy Board, which was convened by Mayor Bill Campbell and chaired by Coca-Cola CEO Roberto Goizueta to plan out Atlanta’s post-Olympic priorities and strategies.

She laments that these recommendations were ignored, with the plan “sitting on a shelf.” In many key aspects, her laments are unwarranted, as the plan helped set the course for both public and private initiatives to achieve progress that has visibly and substantively transformed many parts of Atlanta.

I’ll comment on the Renaissance Policy group’s goals and the City’s progress on achieving them. Then I’ll offer an alternate theory as to why we sit at the top of the disparity list and the bottom of the social advancement list.

Following 25 years of decline, population and investment in the city marked significant upticks in the post-Olympic years. Over the 10 years following the Olympics, 40,000 more people lived in Atlanta. Most of that growth was in the middle income category called for in the Renaissance report. Providing 25,000 housing units in 10 years for people in the $75,000 income range seemed daunting in 1997.

Yet that goal was achieved in just six years. In the five years following the Olympics, 42 new companies located in Atlanta, adding over 6,000 new jobs. And, as is widely noted, the Olympic era overhaul and production of the Atlanta Housing Authority, while controversial for some, has been remarkable in achieving mostly stable mixed-income communities. And crime decreased. 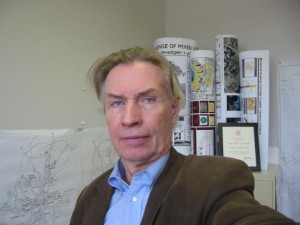 the establishment of multiple Tax Allocation Districts, the use of Livable Centers Initiative and other funds to achieve major new streetscape and park frameworks and major new mixed-use, mixed-income developments — Atlantic Station, Midtown, and Lindbergh to name three.

These were achievements where the city government and private partners supported each other to indeed take advantage of the Olympic opportunity. In short, the Renaissance effort did not “sit on a shelf,” but in useful ways guided what some have characterized as a turnaround for the City of Atlanta.

Now, there have been and still are failings, and here is where we get into disagreement over the cause of disparity/immobility. Attacking poverty as a goal has gone nowhere – the unemployment rates have remained more of less the same since the Olympics. Harking back to the Renaissance policy goals, public education has been and is an ongoing disappointment.

As presently structured, public education is not a responsibility of the municipal government or the private sector. The Metro Atlanta Chamber tried to improve the situation, unsuccessfully and probably misguidedly.

Joint public-private job training programs have not placed nearly enough of the unemployed and lowest wealth citizens into jobs. Effective poverty reduction needs to start with jobs, tailoring work to the capabilities of the unemployed instead of trying to fit people to jobs for which they aren’t prepared.

Similarly, access to jobs has been a major failing. Instead of shaping a transit system to get people to where the jobs and services are concentrated, the City committed three quarters of its city-wide TAD funding capacity to BeltLine transit. This program was never about meeting these access needs, especially for lower income transit-dependent people.

Recently, though, the program is shifting its focus to recognize need as a co-driver of its mission with its first phase streetcar and proposed Downtown/Midtown-centered extensions serving concentrations of daily destinations. Regrettably, most of the lines serving these concentrations are located outside of BeltLine TAD boundaries, making them difficult to fund.

Maria suggests in her column that the cause of our dismal rankings on the equity scale is failure to meet the Renaissance Policy group’s goal of attracting the middle class. In fact we have met and exceeded that goal.

Now, at a time when income disparity and social immobility are beginning to worry the rich as possible precursors to instability – certainly not in their interest – in Atlanta we have the opportunities to climb out the hole we keep digging.

Five billion dollars’ worth of projects are in the planning and implementation stage. All of these involve major public investment and government approval requirements, yet none of them are directing any appreciable effort to train, hire, or otherwise meet the needs of the communities where the bottom end of our disparity resides.  The big projects are the BeltLine, Fort McPherson, the Falcons stadium, and the Multimodal Passenger Terminal, and there are a lot of smaller ones.

Setting aside the occasional encouraging words about addressing the needs or aspirations of those locked into poverty and unemployment, the public/private partners of these projects have consistently opposed any binding commitments to actually do anything about it.

While the Atlanta City Council reluctantly did adopt community benefit language in the BeltLine TAD legislation, little of it has been directed toward meeting the needs of the thousands of low wealth citizens through which it passes.

Recently, the City Council failed to adopt community benefit agreement language in its legislation committing $200 million, and potentially as much as $900 million, of hotel-motel tax proceeds to the Falcons stadium deal.

The redevelopment of Fort McPherson, still treading water, has persistently resisted incorporating community-serving provisions into its planning process. And the Multimodal Passenger Terminal project, still down the road, does not yet have meeting low wealth community needs on its radar.

Income disparity and social immobility are Atlanta’s biggest problem, our national disgrace, whether we recognize it or try to keep it invisible. Our traditional way of doing things and the private and political leadership that steers the process, is wasting a fifth of the city’s population.

These people are resources with capabilities and the desire to improve their quality of life. This is an economic and sustainability issue, not just one of morality, ethics or philosophy.

Why shouldn’t we – Renaissance Policy Board style – set a goal of reducing the wealth gap by 15 percent and improving our social mobility performance by 15 percent over the next 10 years?

We could again outstrip our competition cities, attacking poverty and increasing our productivity at the same time. With all these projects underway, if we do not address poverty and improve our social mobility, then we truly will experience our “greatest missed opportunity.”