Atlanta’s little secret; our technology entrepreneurs may have gray hair

Editor’s Note: This is the first installment of a two-part series that advocates for metro Atlanta as a great place to start a technology company.

Last month, Sarah Lacy of Pando Daily posted an article titled, “Memo to non-Valley, non-NYC ecosystems: No one you want cares about the cost of living.” Lacy opined: 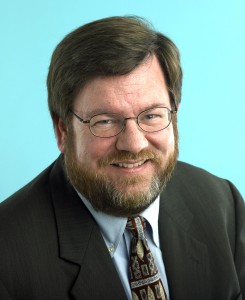 I’ve been preaching for (yikes!) four years about how Atlanta is not Silicon Valley, and that’s okay.
Sarah and I probably agree on that. Where I disagree is the assumption that, if you choose to build a startup in Atlanta, you, “will only attract people not aiming highly enough.”

Or Chris Klaus, who took ISS public and then sold it to IBM for $1.3 billion.

Or Tom Noonan, who was CEO of the same ISS deal, and just recently did it again, selling JouleX to Cisco for $107 million.

Or Mike Cote, who sold SecureWorks to Dell for $650 million.

Or Alan Dabbiere, who is probably preparing to take AirWatch public for $1 billion dollars or so.

Or Tripp Rackley, or David Cummings, or Dave Williams, or Reggie Bradford.

Or Paul Judge, or Wayt King, or Bert Ellis, or Glen Robinson (R.I.P.).

Or Dennis Liotta, or Ray Schinazi, or Jay Yadav.

Or, heck, Ted Turner and Sara Blakely and Lonnie Johnson.

This (incomplete) list represents billions of dollars of shareholder value created by these Atlanta entrepreneurs.

Look around the ATDC incubator in Technology Square. You see some great Internet companies, as well as in vitro cell diagnostics, and electronic medical records, and computer gaming, and chemical sensors, and touch-sensitive display hardware, and robotic sewing machines, and ultrasonic water meters, and fleet management software, and video processing, and more.

You know what else you see?

Very few Atlanta technology entrepreneurs – heck, very few entrepreneurs anywhere – made their millions while in their 20s. The Mark Zuckerbergs and David Karps of the world get magazine covers precisely because they’re unusual: “Look at this kid, hardly old enough to shave, and he can buy Peru!”

Good for them! But “luck” is not a strategy. And basing a regional economic development strategy around 20-something billionaires is like basing your electrical power grid on lightning strikes.

It’s not surprising that 40-somethings have some gray hair.

You know what else 40-somethings have?

When you reach a certain point in life, sharing an overpriced apartment with three other coders and accumulating take-out pizza boxes just loses its charm.

So you and your spouse want to buy a house and settle down and raise a couple of kids and a dog? Sarah Lacy might call that “not aiming high enough.” I call it “being a grownup.”

The Enterprise Innovation Institute helps enterprises improve their competitveness through the application of science, technology and innovation. It includes VentureLab; ATDC, GaMEP and many other acronyms.

Editor’s Note: Watch this space next week for the conclusion of Stephen Fleming’s essay.

Part Two examines lifestyle benefits of metro Atlanta, including homes that are affordable and parties where the conversation ranges beyond the latest news in TechCrunch.