Atlanta’s NYC Marathoners: It’s the journey, not the storm cancellation

For Atlanta’s sizable community of runners, the first Sunday in November belongs to the New York City Marathon. First there’s the luck of getting in via a lottery of hundreds of thousands of applicants. Then there’s hours of training that can feel like a part-time job. Finish the 26.2 miles through the five boroughs, and chalk a big one off the bucket list. 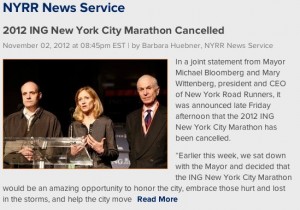 Atlanta runners heading to the Nov. 4 New York City Marathon were detoured two days before when the New York Road Runners and Mayor Michael Bloomberg announced the cancellation of the famed event because of Hurricane Sandy.

After a week of mixed messages from New York race organizers, Hurricane Sandy ultimately led to canceling the race and detouring the disappointed runners. While disaster response is of course more important than a big athletic event, the following Atlanta marathoners illustrate the traits that will fuel New York’s recovery: endurance, resilience, optimism and more.

Melanie Higgins of Atlanta turned 37 the weekend of her first marathon. It was supposed to be in her favorite city with her family cheering her on. “I have an unnatural affinity for New York,” she said. “I am a giant Yankees fan, even though I grew up in Alabama. Of any running event, this one would be the achievement for me.”

Instead, she ran her 26.2 miles in Savannah with only one friend to meet her at the finish line, of a race that featured quite a few displaced runners with New York hats. Part of Higgins’ family were in New York for the race that wasn’t. The chaos was familiar. 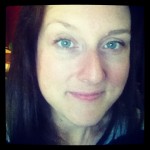 “My dad retired as a fire chief on the Gulf Coast,” she said. “We understand the helplessness and frustration and how heavy that weighs on people who go through this.”

Higgins didn’t feel robbed of her expectations. She was happy that she could run, period. The marathon marked the pinnacle of two years of running to beat a significant weight problem. She ran as a chore until she started to enjoy it. Marathoning taught her that great change is possible, and the future holds more of the same.

“I just kind of feel like everyone does the best they can,” she said. “People in NY have so much to deal with. When things change, you have to make the best of the situation. I am not a one and done type of person. [The cancellation] guarantees an entry to the 2013 New York City Marathon, and now I’m looking to improve my speed and strength.”

Eric Bumgartner, 30, a graduate of Georgia State College of Law who lives in St. Simon’s Island, kept an eye on the tropical threat of Hurricane Sandy. He flew to New York the day that LaGuardia Airport opened, and like many of the visiting runners, saw very little apparent impact from the storm north of Broadway.

He looked forward to the annual crowds that flank the route and cheer on the runners. But the closer the race got, animosity grew towards the runners. A marathon is hard enough without running through angry New Yorkers. 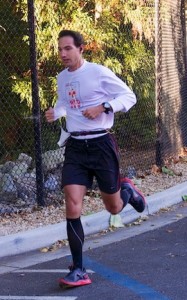 “Popular opinion clearly thought it was cavalier to start the race mere miles away from where people were cold and homeless,” Bumgartner said. “Popular sentiment turned against the runners themselves, and runners were worried about being booed, harassed, or worse on the race course. This is the real reason the race was cancelled. The mayor thought it could serve as a rallying point for the city, but it turned extremely divisive.”

The finish line in New York would have been a great destination, but for Bumgartner, running is much more about the journey.

“It is disappointing we don’t get an opportunity to finish the race and affirm all of the hard work,” he said, “but the training is what you get the most satisfaction from.”

Trudy Hearn, 38, of Marietta felt lucky as she picked up her race number Friday in Manhattan. After three previous years coming up empty in the race lottery, she was finally in. Her 10th marathon would be the Big Apple’s signature event. She was reminded of how special it was when she met another marathoner who had flown in from South Africa.

Within a few hours, the race was called off, leaving Hearn stuck. Like many other participants, Hearn was upset at the timing, not the decision itself.

As a project manager, she values being flexible, and that’s what she had to demonstrate. She enjoyed chance to sightsee at the Empire State Building and around Manhattan. On Sunday morning, she ran 8 miles in Central Park with other displaced runners.

After all the talk of luck, that jaunt may be the closest she gets to this runners’ grail.  She’ll continue training for lesser-known races. She’ll keep going, even if she never gets another chance to come back to New York. The 2013 race is on a weekend when she plans to tackle another milestone – an Ironman triathlon. “I’m just going to keep going,” she said.

Dawn Cherry, 44, of Atlanta blogged about her training, and when the storm hit, the marathon posed a moral dilemma in the few days before it was called off.

“To run, or not to run…that is the question,” she wrote. “Should I go to NYC for the marathon? It seems almost silly to go when people still have no power and things are a mess. Valuable resources and volunteers helping with the marathon instead of helping the people who really need it.” 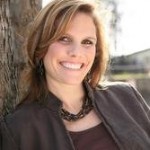 Her response was to create a fundraiser for friends and family to give $1 per mile to Red Cross relief in New York. The effort brought in $1,000 even though she ultimately didn’t travel to New York or run in what would have been her second NYC Marathon.

For Cherry, running is about community. For five months, she had been training through an Atlanta Track Club group. She had planned to see family in New York with her cousin and fellow marathoner Adam Levy (below). For her, the change in plans offered opportunity for community support and resilience.

“I hope the people who were supposed to run can all help raise money or donate towards the relief efforts,” she said. “I trained hard but realize it is just a race after all. The training kept me motivated for the past 5 months and I met some great people through my training group.

“Not getting to run this race is not nearly as sad as it is for the huge amount of people who had their homes damaged or lost.  Something like this really should keep things in perspective, and bring people together to help each other out.”

Adam Levy, 49, of Decatur worked as a journalist here for the news service owned by New York mayor Michael Bloomberg. Levy was also born in Queens and grew up on Long Island, and met his wife while working on Wall Street. As a consultant who co-owns the firm 30point.com, Levy still travels to New York a lot on business.

Ten years ago, he ran his first New York City Marathon and “wanted to get back into the groove and enjoy it one more time.” He calls it “a celebration of New York, winding through every borough and involving the whole city.”

The hurricane created chaos on several fronts for Levy and his extended family, and challenged whether he could get there, and whether he should.

With the Long Island Rail Road closed, he knew he couldn’t see his parents. A cousin would have driven him from the airport, but the cousin’s car ran out of gas. One of the final straws for Levy was getting assigned a 5:30 am bus to Staten Island for the race start. “The thought of [hanging] around on a freezing Staten Island until the start time of 9.50 am wasn’t appealing,” he said.

“Plus I was aware and sympathetic to the opposition to holding the race,” he said. “Most important, I didn’t want resources diverted from people like my parents to help people like me run the race. That was really the bottom line.  I didn’t want water, generators, transportation, police, etc. servicing me when my parents (and others, of course) are 10 miles away with nothing.”

Levy cancelled his trip a few hours before the race got cancelled, and he had some harsh words for his former boss: “I really respect him. But he blew this,” he said. “He should have cancelled this race immediately. He handled the situation with his typical bluster and that “New York will survive” mentality. I don’t mind that — but in this circumstance, there simply were too many resources needed elsewhere.”

The storm changed Levy’s perspective on his personal quest. The destructive forces of nature reminded him of what he saw covering Katrina. “Scary this time, because my parents are in the midst of it,” he said.

“To me, this race was a long journey. I’m in great shape. I’ve had a tremendous time gearing up for this race. I’ve run in Berlin and San Francisco in the early mornings. I’ve run 9 miles in Central Park and 14 in Chicago after dropping my son off at college…. I’m deferred into NY for next year — which provides me the incentive to stay in shape for another year. And now I can turn all my attention to making sure my parents are safe and warm.”