Atlanta’s Olympic legacy does live on – in bricks, mortar as well as our souls

By Guest Columnist CHARLIE BATTLE, an attorney who was one of the original nine people who helped Atlanta win the Olympic bid by building friendships with members of the International Olympic Committee

In a recent column, Maria Saporta seemed to be “cherishing” the memories of hosting the Olympic Games in Atlanta in 1996 while urging the City to learn from its experiences in organizing this historic event.

While I applaud and support these sentiments and certainly respect Maria’s insights and opinions, I must admit that I was disappointed and even somewhat dismayed by the negative, almost petulant, tone of portions of her column, and the lack of recognition of the many long-term and permanent legacies of the Atlanta Olympic Games.

I regret that I did not attend the panel discussion about Atlanta’s Olympic legacy which took place during the recent meeting of the American Planning Association in Atlanta and which seemed to provide the foundation for Maria’s column. 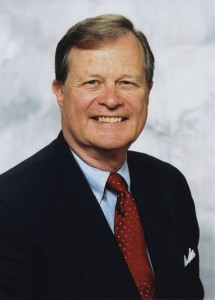 I will say, however, that extensive discussions with Leon Eplan and Michael Dobbins, who each served as Commissioner of Planning for the City of Atlanta during the lead-up and aftermath of the 1996 Games, have confirmed that the legacy of these Games, both tangible and intangible, is comprehensive, positive and enduring, and that organizing the Games provided the catalyst for the City of Atlanta to significantly transform its urban core and surrounding areas by accomplishing in just a few short years what might normally take decades.

While we all feel a twinge of sadness at the thought of the Atlanta Braves abandoning Turner Field, we should all celebrate the fact that we were able to utilize this facility, built at no cost to the City or its taxpayers, for 20 years and it is not beyond the realm of possibility that some future use could emerge over the coming years.

Our Olympic bid was really never about building facilities – we were fortunate to have much already in place. It was always about bringing this meaningful event to our City, sharing our City and its people with the world, and unifying our community in a joyous celebration of excellence and the Olympic ideals.

Given the massive governmental expenditures and many “white elephants” still standing virtually unused in so many recent Olympic host cities, we should celebrate the facilities that we created – Turner Field, the Georgia Tech Student Activity Center, the sports facilities at Atlanta University Center, the Lake Lanier rowing and canoeing course, just to name a few – and be grateful for the successful use of these facilities for however many years they may last.

While Atlanta is certainly not famous for preservation, I really cannot imagine that we will “have little to nothing left” to memorialize our Olympic history.

As Maria stated, Centennial Olympic Park is truly Atlanta’s crowning Olympic jewel and has done more to transform downtown Atlanta than any initiative in the past 30 years. I am not sure if describing the Park as an “afterthought” was meant to be condescending or congratulatory, but I can say what a glorious afterthought it was and continues to be – a landmark gathering place and catalyst for billions of dollars of investment as a thriving business, residential and tourism epicenter.

Given the ever-increasing size and magnitude of the Olympic Games, the tight timeframe leading up to the Games and the fact that the political and business leadership of the City had no real urban development plan in place when Atlanta was selected to host the Games, the transformative impact which the Games had on the City and its infrastructure continues to be a remarkable accomplishment.

Mayor Maynard Jackson boldly articulated the goal of climbing the “twin peaks of Mt. Olympus” – organizing a successful Olympic Games while also using the event as a catalyst for revitalizing downtown and the surrounding neighborhoods.

The Atlanta Committee for the Olympic Games focused on funding and organizing the Games, the Committee for Olympic Development in Atlanta focused on transforming the City, and hosting the Olympic Games provided the political will, the unifying force, the stated goals and the urgency of a deadline to get the job done. With no committed resources and a very short timeline, it continues to be remarkable just what was accomplished.

Significant Olympic legacies from this effort include the following:

Almost 20 years later, Atlanta is still being transformed by an Olympic legacy that changed the face of downtown, strengthened its reputation as a hub of global commerce, cemented its position of one of the premier sport cities in the world, reversed the population trend from outbound to inbound, and provided its citizens with wonderful memories of a once-in-a-lifetime experience.

Focusing on Atlanta’s Olympic legacy represents both a mirror to the past and the opportunity for a window into the future.

I agree with Maria that, when we reflect on this Olympic legacy, we need to build on its foundation and accomplishments by harnessing the same vision, passion, inspiration, commitment, cooperation and can-do attitude to move forward aggressively and competently with revitalization projects like the Atlanta Beltline, Ft. McPherson, the Falcons stadium, the Turner Field area, Underground Atlanta and the Multi-Modal Passenger Terminal, just to name a few.

The famous architect and planner, Daniel Burnham, once said “make no little plans, they have no magic to stir men’s blood and probably themselves will not be realized. Make big plans; aim high in hope and work.”

Many Atlantans still bask in the afterglow of the pride and enthusiasm of hosting the Olympic Games, and we can only hope that we can once again “make big plans” and work together to solve some of our problems with the same success we had when we were able to climb the twin peaks of Mt. Olympus.