Atlanta’s Olympic legacy has not just been about buildings and landmarks but it’s also been about the longstanding impact it has set in motion.

In discussing the merits of Atlanta’s Olympic Games on this site in recent weeks, a key element that must not be forgotten is Atlanta’s Paralympic legacy — it is one that has continued to grow since the flame was doused for the last time on August 25, 1996.

The influence and the legacy of the Atlanta Paralympic Games has reached far beyond Georgia.

First time in the USA 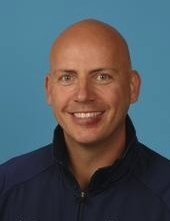 A study at the time that the games were awarded noted optimistically that 3 percent of the public had some awareness of the Paralympic Games and disability sport. It’s quite possible that most of that 3 percent had confused it with the Special Olympics.

Twelve days after the Centennial Olympic Games, 104 nations and 3,310 athletes returned to Atlanta for the 10th Paralympic Games, setting 268 new world records and claiming 1,574 medals, covered by 2,088 accredited media. These aren’t Olympic numbers by far but for the Paralympic movement they represented new marks on every level, both on and off the fields of play.

I was one of those athletes, a member of the USA National Paralympic Soccer Team. Atlanta was the first Paralympic Games in my career, and I will always remember it, especially the field at Clark Atlanta University where we beat Brazil in front of a packed house that included the great Pele.

Since most all Paralympic venues are shared with the preceding Olympics, there is no claim to a “Paralympic Stadium,” and while I lament the pending loss of the stadium I marched in for the opening and closing ceremonies, the truth is that it was lost to baseball not long after we left.

And there’s nothing wrong with that. It’s all about adapting and doing the best with what you’ve got, right?

So Atlanta’s Paralympic legacy is not rooted in buildings but in what it brought forth. Building upon Barcelona, the 1996 games would change perception of the event and athletes with a disability forever, not just in competition but in awareness, marketing, sponsorship, ticketing, television and organization.

Unlike Barcelona and Seoul before it, the Atlanta games were produced by the separate Atlanta Paralympic Organizing Committee (APOC). As decreed by then International Olympic Committee President Juan Antonio Samaranch, it would also be the last. Going forward, any city that wished to host the Olympic Games would have to host the Paralympics as well.

Most people do not understand just how close the Paralympics came to not happening in Atlanta. When Atlanta was named to host the 1996 Olympics in 1990, that did not include the Paralympics. In fact, no city had expressed interest in hosting the games.

It was the Shepherd Center’s board of directors that initiated the idea that these games must be held in Atlanta just as they were in Seoul and would be in Barcelona. Shepherd provided the seed money to hire a small staff to bid for the games. But it only got harder from there in convincing Atlanta Committee for the Olympic Games and the U.S. Olympic Committee, which had the rights to the Paralympic name in the United States, that this was the right thing to do. 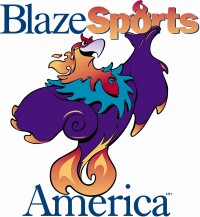 Had it not been for the tireless efforts of many individuals and supporters, including Alana and James Shepherd, APOC President Andy Fleming, and the APOC board of directors – including chairman Harold Hansen of then First Union Bank, Dan Cathy of Chik-fil-A, Carl Knobloch, Jr. then of Automated Logic Corp., U.S. Paralympian Al Mead, and other members of America’s disability sports community – in dealing with contrarians every step of the way, these games would not have happened.

But that too is part of the Paralympic legacy – standing tall in the face of adversity.

It marked a turning point in the attitude and understanding of the USOC, which now is fully inclusive for Paralympic athletes and events under Team USA.

Atlanta was the first time that the USOC took responsibility for organizing the American team. It was also the event that jump started my growth in USOC leadership as well where I now serve as chair of the USOC Athlete’s Council and represent the U.S. on International Paralympic Committee’s Athlete Council.

Atlanta would go on to do for the Paralympic Games what Los Angeles had done for the Olympics, which was to prove that the games were financially viable after the crushing debt that Montreal had incurred.

Much of what Los Angeles accomplished was from a marketing and corporate sponsorship revenue perspective, and Atlanta became the first Paralympics to do the same bringing on Coca Cola as the first worldwide sponsor of the games and 25 others at all levels.  BellSouth was invaluable to the effort. The first-ever commercial advertising campaign with the memorable on-target creative of Joey Reiman – “Al Mead only has one leg. He uses it to kick butt.” – was launched to support the games. 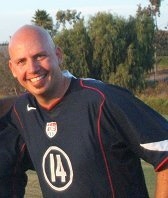 Jon McCullough played for the USA Paralympic Soccer Team in 1996

Following the government-run games of Seoul and Barcelona, the Atlanta Paralympic Organizing Committee also needed to prove that the public would buy tickets to see these athletes compete. About 600,000 tickets were purchased in an unprecedented program, raising more than $3 million, and 66,000 people filled every seat for the opening ceremony.

It was the first time that Paralympic television rights were sold worldwide – to 85 countries, reaching more than 50 million viewers. The games were also televised in America for the first time on CBS and SportSouth, though not to the extent they were in Australia or Germany among others.

And that should have been part of the immediate legacy to follow. Unfortunately, it would take another 18 years before NBC realized that there truly was an American audience for this competition with 52 hours from Sochi and more planned for Rio in 2016.

Domestically, the most important legacy of 1996 has surely been Blaze, the Paralympic mascot, which lives on via thousands of Georgia license plates and even more so through BlazeSports America, the organization birthed by those 1996 Paralympic Games.

From an athlete in 1996 to serving now as executive director of BlazeSports America, I’ve come full circle. The mission of BlazeSports is to change the lives of individuals with physical disabilities through sport and active living. We believe that sport and physical activity are the vehicles to better quality of life on and off the field of play.

BlazeSports continues to grow opportunities for youth and adults with a disability, not just domestically but globally. It began as the U.S. Disabled Athletes Fund and was renamed after the popular Paralympic mascot “Blaze” becoming one with its iconic symbol. A phoenix, Blaze represents, then and now, the triumph of the human spirit, of those over perceived limitations, and of Atlanta’s historic rise from the ashes.

As a Coast Guard veteran, I am especially motivated by the expansion of our military programs for veterans and active duty servicemen and women with a disability.

BlazeSports is also the High Performance Management Organization in the U.S. for the Paralympic sport of boccia which provides a competitive athletic outlet for those with more severe disability levels.

BlazeSports recently hosted the 34th Dixie Games and developed and organized the Roosevelt Games in Warm Springs. We’ve created a Certified Disability Sport Specialist program as part of our training and education arm for those looking to work in and improve their skills in the adaptive sports field.

BlazeNetwork continues to grow in Georgia with BlazeSports Clubs in Albany, Athens, Macon, Milton and Rockdale County, and we are consistently present in local schools and communities.

Globally, BlazeSports has reached out to deliver sport for development programs in Haiti, Jordan, Russia, Egypt, and South Africa, among others working with the U.S. Department of State and the US Agency for International Development.

And just as with the Atlanta Paralympics, we are delivering real value to our sponsors and marketing partners. One in five Americans have some classification of disability and that segment has over $200 billion in spending power. We can help influence that.

Though admittedly biased, I am comfortable in saying that no legacy of 1996 burns brighter than BlazeSports, and it is our honor to keep the mission and spirit of that time alive.

As the ad said, “The world’s greatest athletes are coming to Atlanta in 1996. Twice.”

To get involved or find out more about BlazeSports and the lives we are changing at www.blazesports.org , on Facebook and Twitter @blazesports.

Jon McCullough guest column was written in response to a conversation that began following a Maria’s Metro column that ran on SaportaReport on May 5 about Atlanta’s disappearing Olympic legacy and an alternative viewpoint from Charlie Battle, who wrote a guest column that was published on May 29, about how our Olympic legacy does survive in Atlanta.