The City of Atlanta’s plan to issue a $100 million bond to boost its stock of affordable housing just doubled in size.

On Tuesday, during the Atlanta City Council’s Community Development and Human Services committee meeting, officials discussed the need and the road map for a $200 million bond issuance that would help the city develop and preserve affordable residences.

Though the move to multiply the bond’s size wasn’t in direct response to the coronavirus pandemic, Atlanta’s chief housing officer Terri Lee said at the meeting, “This housing opportunity bond program is needed now more than ever.”

“We are in the midst of a pandemic of a nature we’ve never seen before,” she continued. “But I will commit to you that the fundamentals have not changed. Housing affordability is still an issue, and if we think it’s an issue today, you can only imagine what it will be in the months to come.”

This was a nod to the staggering blow the public health crisis has dealt the global economy, spurring people to lose their jobs en masse and making it difficult to make rent or mortgage payments. 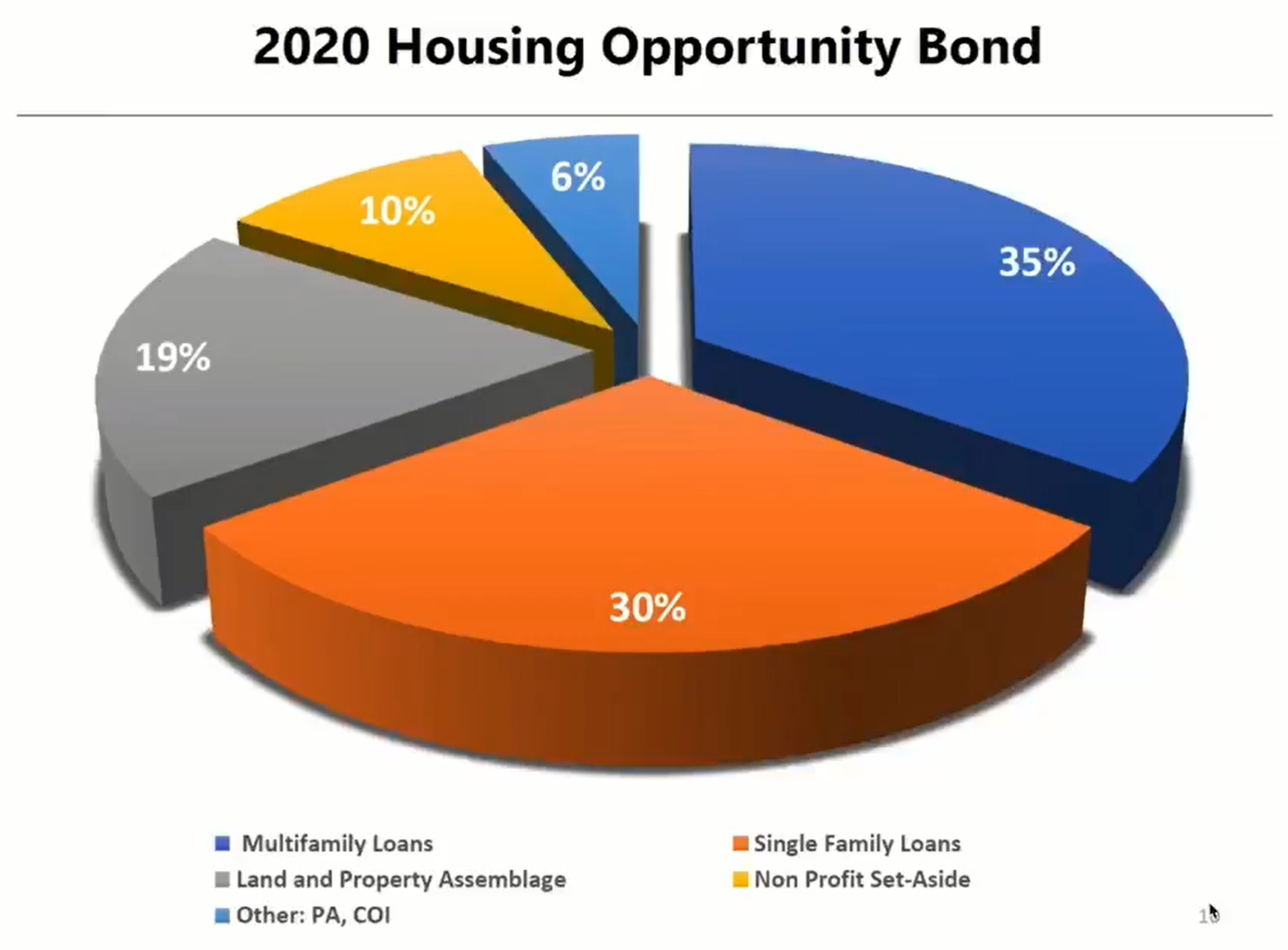 The biggest chunk of the bond funding — $70 million — would be allocated to multifamily loans, including loans for nonprofit and for-profit apartment developers to acquire and build affordable apartments and permanent supportive housing units.

Loans for single-family development and rehab, under the proposed bond program, would account for $60 million of the total investment.

$47.5 million of that would be used to rehab owner-occupied affordable housing units, and $8.5 million would go toward down payment assistance “for folks who just need a little bit of help to realize the dream of home ownership,” Lee said.

The other $4 million would provide loans to single-family developers. 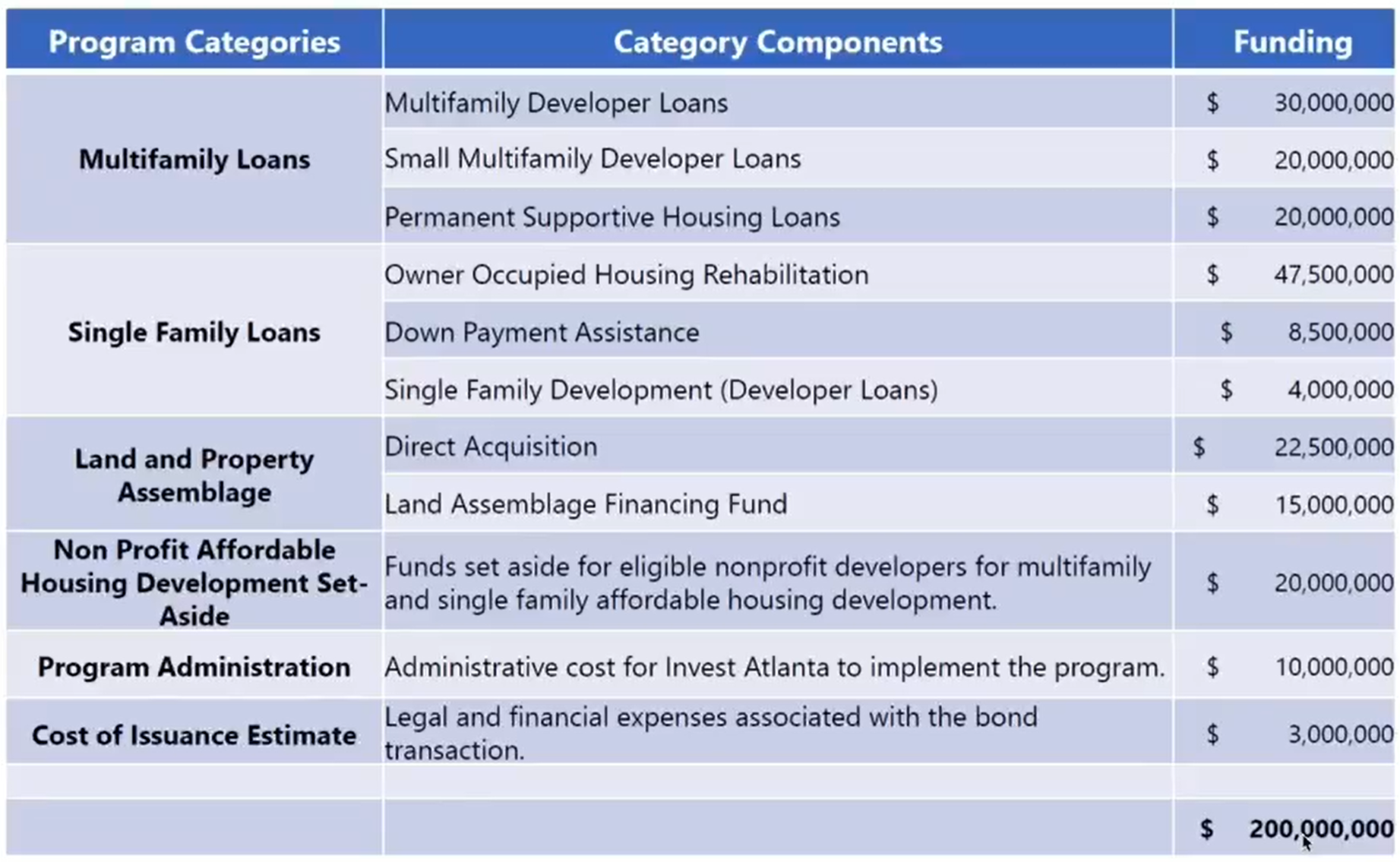 Another big slice of the $200 million pie — $37.5 million, to be exact — would be allocated for land acquisition and property assemblage, which means buying land and assembling parcels for future affordable housing projects.

(The other $13 million would be used for administrative costs and legal and financial expenses associated with the bond issuance.)

debt service would be about $13.7 m annually, tho they are thinking of maybe paying interest-only first. tbd.

The measure is now slated to go before the full council on April 20, he said. The bond could be issued as soon as June.