Since coming to the Georgia Institute of Technology in 2009, one thing I have learned is that the City of Atlanta has truly benefitted from projects created by our students, faculty and alumni. From our skyline to Atlantic Station to the Beltline, Atlanta would be a very different place without Georgia Tech.

A new project is being proposed by Mike Messner, a 1976 Civil Engineering graduate who grew up in Atlanta and still cares deeply about our city. In Mike’s mind there is far too much non-productive real estate and not enough green space in Atlanta.

Thus, in 2009, Mike and his wife, Jenny — through their family foundation: the Speedwell Foundation — created and funded a program to bring more green space to urban areas. They call it “Red Fields to Green Fields.” 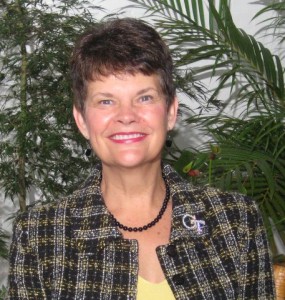 Regardless of how hard homeowners work to keep their houses looking decent, an abandoned house or vacant strip mall in the neighborhood drags down everyone’s property values.

Messner’s solution is to turn “Red Fields” into “Green Fields,” knocking down financially distressed real estate and replacing it with “green fields”—creating parks and green space.

Kevin Caravati, a senior research scientist at Georgia Tech, and his team are employing this approach and working to make this vision a reality.

Trees, plants and flowers are filters. They clean the air and cool cities in the summer; and they help with storm runoff and flooding.

Parks help to build community. They make people feel calm, boosting spirits and adding beauty to our neighborhoods. Being in nature can ease the symptoms of depression.

The Atlanta Beltline, another former Georgia Tech student’s class project, is one example of Red Fields to Green Fields.

Atlanta was originally a railroad town. Today, there are 22 miles of historic rails that are being pulled up, creating linear parks, playgrounds and bike trails.

Community gardens could also be built on these spaces. A partnership between the Atlanta Beltline, the PATH Foundation (which builds bicycle and walking trails) and Georgia Tech’s “Red Fields to Green Fields” research program to create a citywide initiative should be explored.

When you compare park land in Atlanta with park land in other similar cities, Atlanta ranks near the bottom of metropolitan cities nationally. Only 4.6 percent of Atlanta is parks. We can do a lot better than that, and “Red Fields to Green Fields” can help.

The initiative can help in other ways as well.

Georgia has had more bank failures (70) than any other state due to this economic recession. Many banks that lent aggressively during the housing boom suffered when the bubble burst. The commercial real estate business was growing, but was stopped in its tracks by the downturn—and the economic engine stopped as well. Let’s knock down the Red Fields and get them off the ailing banks’ books.

“Red Fields to Green Fields” can help create jobs in Atlanta—jobs to help locate and process purchasing of the land, conducting environmental impact studies where needed, employment for park construction, jobs recycling old building materials and positions for the maintenance and operation of the resulting parks.

These are all real jobs that can be created here and stay here. Messner has proposed that cities form land banks. They would create parks and greenways until the economy improves and we can start building again and add properties to the tax rolls.

US financial institutions have lost over $70 billion in assets since 2007. If the federal government can loan money at near zero interest rates to banks, why not form a land bank, a public/private partnership to invest in these properties?

The federal dollars could go straight to the land bank to buy properties at the current, discounted rates. This would remove these properties from the banks’ rolls and help to clear bad debt, so they can have resources to lend again. This would lead to the creation of parks and green spaces and elevate property values of adjacent neighborhoods.

Setting aside a small amount of the purchased land to build on and sell would generate funds to help sustain the “Red Fields to Green Fields” initiative in Atlanta.

Caravati and Messner have met with individuals from the Federal Reserve Bank of Atlanta; U.S. Sen. Johnny Isaacson; the Metro Atlanta Chamber; the Departments of Housing and Urban Development, Treasury, and Interior; and the White House. Additional meetings are being planned.

And it is my hope that they meet with First Lady Michelle Obama, who has been a proponent of eliminating childhood obesity through her “Let’s Move” campaign. Parks can help kids to be healthy—particularly the one in three who are overweight—by helping them to become more active.

Building the necessary partnerships and consensus for a citywide “Red Fields to Green Fields” initiative is similar to problems faced in solving Atlanta’s transportation issues.

We will vote next year on whether to have a penny tax allocated to T-SPLOST, dedicating resources to improve transportation in metro Atlanta. There are so many small entities involved that it was impossible to discuss this and come up with a solution until the state legislature got involved. A list of potential projects was drafted by a roundtable of local leaders.

Let’s take the same approach with a “Red Fields to Green Fields” initiative for Atlanta. Such an initiative can make all of Atlanta a better place to live and raise families.