Atlanta is nationally known for its unprecedented string of black mayors, its iconic roster of civil rights leaders, and its wealth of primetime black preachers.

The city’s best black ministers include the likes of Rev. Cameron Alexander, Rev. Gerald Durley, Rev. Creflo Dollar, Rev. Anthony Motley and Bishop Quincy Carswell.  But to the mind of many, Rev. Jasper Williams Jr. is the best of the best.

“Jasper Williams is the prince of preachers,” opines activist Rev. Ben Stellmacher.  “He is a renowned biblical orator, the father of the faithful and a jewel in the sparkling tradition of the black church.”

Williams, 70, is a charismatic and captivating cleric who celebrated his 50th anniversary as the pastor of Salem Bible Church on Nov. 10th.

“Jasper is at or near the top when you rank Atlanta’s prominent black preachers,” says veteran Atlanta City Councilman C. T. Martin.  “He’s a teacher and a motivator who penetrates people’s souls.  He is certainly one of the premier gospel and spiritual innovators in the city.” 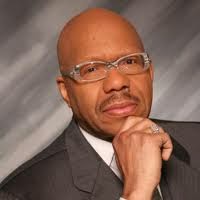 Presidential Medal of Freedom honoree and SCLC President, Dr. C.T. Vivian says, “He is rare and I am thankful that the African American ministry has such a man as him. Rev. Jasper Williams is one of the most important and influential men in this city when it comes to religious and church life, and he has been for quite some time.  His understanding of people and his understanding of ministry – and the creativity that he has shown – make him stand out.  People seek him because they see his wisdom as well as his preaching ability.”

Rev. Williams accepted the call to pastor Salem at age 19. Since then, he has become nationally revered for his flamboyant pulpit style and his consummate skill in the art of homiletics. “Rev. Jasper Williams is highly regarded as cultural icon within the African American preaching tradition,” says Emory University theologian Damien Conners. “His mastery of the whooping style of preaching has marked a permanent place for him among America’s finest and most influential preachers.”

Rev. Williams contends that while the word of God has not changed during his 50 years in the pulpit, the manner in which the message is delivered is constantly changing.

“I have seen the pendulum swing from one extreme to another extreme,” the Morehouse graduate says.  “When I first started as a kid, all a preacher had to have was a whoop with a pretty sound, and he was looked upon as a great preacher. We are now at the juncture where it is very difficult to say just what direction the church is moving in.  We are in a period of transition.  It is questionable just what the church is doing right now.”

Rev. Williams is one of a very few ministers who captains two churches. He pastors Salem Bible Church West in Northwest Atlanta and the sprawling Salem East in South DeKalb County along with his youngest son, Dr. Joseph L. Williams.

“I think what depicts my father best,” reflects Dr. Joseph, “is the title of his most recent album, ‘Landmark.’  I truly believe my father is a landmark in the most coveted institution in the black community, and that is the black church. I see this anniversary as a celebration of a minister who has made major contributions to the advancement of our people.”

Rev. Williams has not only been a prophetic voice, but a political power broker, as well.  He has been a highly respected power broker not only in city and county elections, but in the Civil Rights Movement as well. He admittedly was not an activist engaged in the forefront of the Movement, but he preached it, and supported it financially.

“He was one of those people that we in the Movement could count on to be preaching when we were not there; to convince everyone how important this [civil rights] ministry was to his ministry,” remembers Dr. Vivian.

Williams ruefully laments that he is now “disappointed” in the Civil Rights Movement.  “The well known I Have a Dream speech, which coincided with my arrival to Salem, is fast becoming a nightmare,” he drives home to the heart, with his painfully vivid pictorial prose.  “We as a people have disappointed the dreamer because all of the morals and values of our people have totally disintegrated.”

As it often is with great men, his magnetic, life-changing ministry has not been without controversy. However, at this apex moment in his ministry, Rev. Williams shares this humble retrospection:

“I had no idea that I would be here this long, but when I began, I was very young — and very wild — and made a lot of mistakes.

“People made many accusations of me, many of which were false. I am very, very sorry for the things that I did that mislead or may have hurt some people along the way, by not being the kind of model or person I should have been. But I had to learn as I went along, and I’ve come to know that wisdom is something you do not get in youth.

“Wisdom and youth do not go hand in hand. Wisdom only comes after time has been plowed. And, I just thank God for the time.”