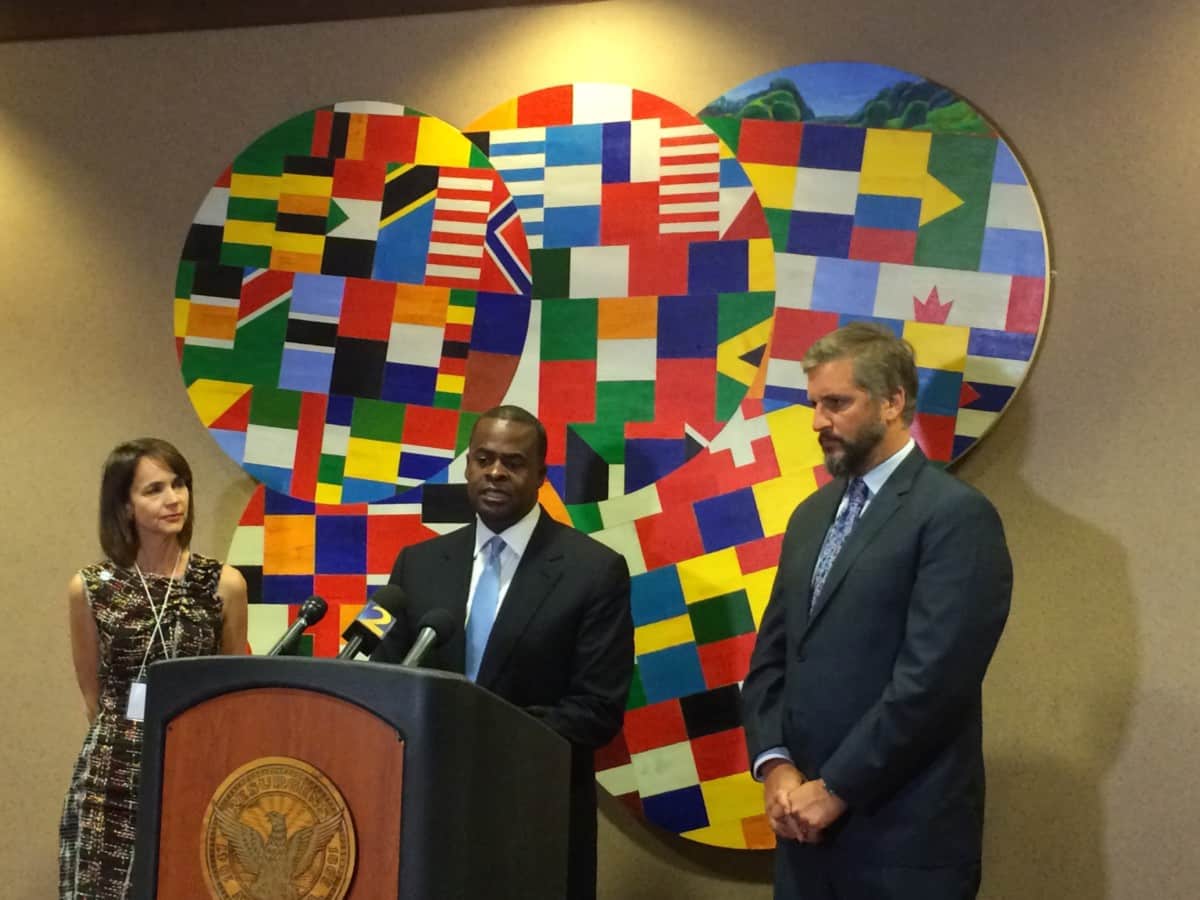 As one of 100 global cities selected by the Rockefeller Foundation, the City of Atlanta will be able to be better prepared to handle emergencies, such as severe weather-related events.

The Rockefeller Foundation held a workshop at the Carter Center on Monday with dozens of stakeholders in the city to work on a list of priorities for Atlanta as one of the 100 Resilient Cities program.

The Foundation has allocated $164 million to help 100 cities in the world – from Bangkok to Paris, from Melbourne, Australia to San Juan, Puerto Rico, from Quito, Ecuador to Atlanta – to become more resilient to the physical, social and economic challenges in the 21st Century. 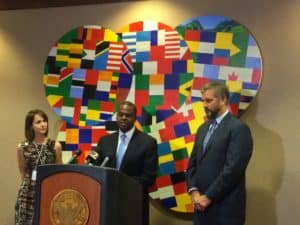 The program, which is seeking to build a sharing of best practices among cities, will help them become more resilient when it comes to major events, such as earthquakes, floods and disease outbreaks as well as the stresses that weaken a city’s fabric _ unemployment, high taxes, transportation needs, violence or chronic food and water shortages.

By being one of 100 Resilient Cities, Atlanta will receive the financial and logistical guidance to establish a new position – a Chief Resilience Officer to help lead the effort.

The City of Atlanta has not yet hired the “CRO,” and Atlanta Mayor Kasim Reed estimated it would take the city about 45 days to have a top qualified person in the position.

The program will use expertise from 100 cities around the world “to guarantee that cities can recover from challenges in a strong and dynamic fashion,” Reed said. “There are a number of steps cities can take…to recover and get back on our feet faster.”

Michael Berkowitz, president of 100 Resilient Cities, said the Rockefeller’s commitment of $164 million worldwide is to help build “urban resiliency” – to help cities take care of their built and natural resources.
“We help them hire a Chief Resilience Officer,” Berkowitz said. “Then we give them access to a platform of resources.” 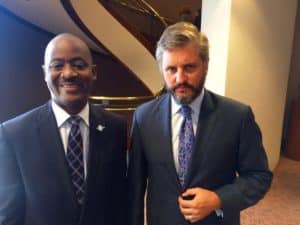 Berkowitz said the session Monday was an “agenda-setting workshop – getting all the stakeholders together for an introductory kick-off meeting.”

The funding from the Foundation to the City of Atlanta will be for two years, Berkowitz said, adding that the hope cities will then be able to pay for the position as part of its budget.

“We are going to work with the best folks in the resiliency space, and then we are going to go out and hire somebody,” Reed said. “We are going to get someone who lives and breathes it. The real benefit is not reinventing the wheel. It is finding out out who is doing it better than anybody else.”

Because the public sector doesn’t have competitive pressures like the private sector, Reed said cities are willing to share their best practices.

When asked why Atlanta was selected, Berkowitz said: “Atlanta is certainly one of the most influential cities in the Southeast if not the country. One of the reasons why we are putting together this network of 100 cities is this phenomenon of globalization. There’s tremendous complexity here that we see in lots of places. There’s Atlanta’s relationship to its neighbors and to the state. Issues of transportation and workforce are things that are bigger than just a city.” 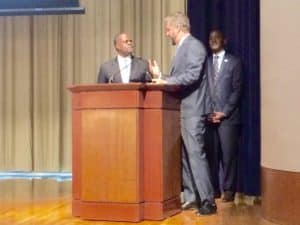 Berkowitz said he expects the 100 Resilient Cities project to continue for about 10 years – long after Reed is expected to leave office in January, 2018.

“With the mayor working through this process, we hope will be able to create some continuity that will extend beyond his administration,” Berkowitz said.

“What I’ve learned today from the conversations we’ve already had, resiliency is about breaking down silos,” Benfield said. “It’s not just in city government but in the philanthropic community.”

Previous Article
Shakespeare and the business model that made his plays must-reads
Next Article
The “Sort of Hot, Sort of Not” Atlanta Housing Market