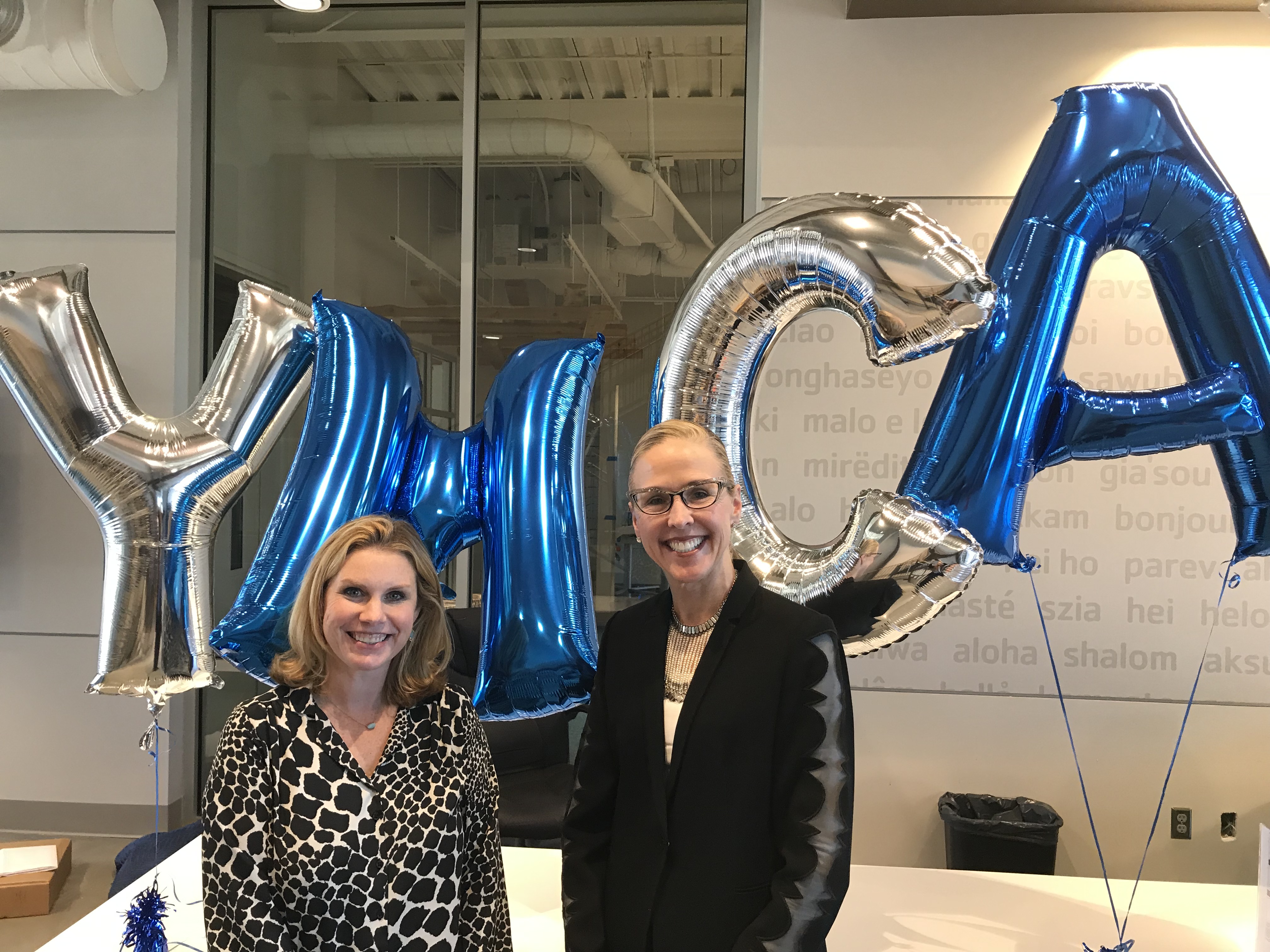 Change is in the air at the YMCA of Metro Atlanta.

By the end of April, Atlanta’s oldest nonprofit will have moved into its new home in Vine City, less than two blocks away from Mercedes-Benz Stadium.

And in mid-July, the nonprofit will have a new CEO – Lauren Koontz – the first woman to ever hold that title. She is succeeding Ed Munster, who has served as the YMCA’s CEO since 2009 and been with the organization for 23 years.

“It’s really a game changer for us,” Koontz said of the YMCA’s new home. “After 160 years of being in Atlanta, we finally are able to make our debut.”

Koontz has been with the Metro Atlanta YMCA for seven years, most recently as its executive vice president and chief development officer.

“I know this organization inside and out, and I know this community inside and out,” said Koontz, who used to work for Coxe Curry & Associates as well as other nonprofit roles. “With the move of our the new headquarters, we have so much momentum.” 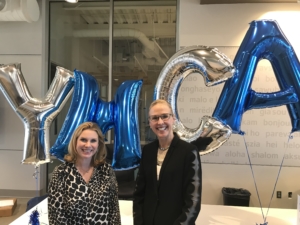 Kelly Barrett, a retired executive at The Home Depot Inc., became board chair of the Atlanta YMCA in January and was deeply involved in the national search for a new CEO.

“There was no question she was our candidate,” Barrett said. “This was a very serious search because it is a pivotal time for us. We have put a stake in the ground.”

Barrett said there were three finalists, and it was “important we picked the best person” to become the next CEO. “Lauren came in with her plan, and she was able to articulate what her plans were for the Y,” Barrett said. “She knows Atlanta, and she has a lot of respect in the community.”

The Metro YMCA raised $25 million as part of the first phase of a campaign to acquire the former E.A. Ware School/Jordan Hall building along Martin Luther King Jr. Drive. The school as the first elementary school in Atlanta for African-Americans. Although the YMCA demolished most of the historic school for its new facility, it did keep a portion of the older building to provide some continuity to the past.

The new facility will house the YMCA headquarters staff on the upper level. But it also will serve the community in several ways on the first floor.

“We went through a deep process to work with the community, to put down roots in the community,” said Koontz, adding that the entire first floor will be places that will benefit the surrounding neighborhoods and the Atlanta region.

A major feature of the new building will be the Arthur M. Blank Early Learning Center, which will serve up to 90 neighborhood children starting in August.

“We are the largest early learning provider in metro Atlanta,” said Koontz of the 3,000 children it serves – 90 percent of whom are at poverty level or below. “This will be the research-to-practice implementation center. This will be the epicenter of bringing the research to life.”

As part of the research, each room as a small booth where people can observe the classroom without being seen.

Koontz also said the YMCA wants to collaborate with others in community, including the YWCA of Metro Atlanta as well as other early learning providers.

The Metro Atlanta YMCA also will have out-of-school programming for neighborhood youth and teens as well as internships with local schools and universities.

And there will be a community market and café facing the street run by a local entrepreneur.

“It will be a café with healthy grab-and-go food and free wi-fi,” Koontz said. “We would love to have the market open by the end of the year.”

As part of the Leadership and Learning Center, the YMCA will pay homage to the neighborhood’s history by featuring three leaders: E.A. Ware, the first president of Atlanta University; Bishop Frederick Jordan, a former head of the AME Church and a benefactor to Morris Brown College; and Dr. Ruth Hall Hodges, an artist who was instrumental in bringing arts programming to the Westside.

“We will continue to incorporate the history of the site,” Barrett said.

Even though it is now in its new headquarters, the Metro Atlanta YMCA is not slowing down. It is in the midst of Phase II of its campaign with a goal of raising $33 million to create greater equity among several of its existing facilities.

The Lettie Pate Evans Foundation, part of the Robert W. Woodruff family of foundations, donated $16 million towards that campaign.

The YMCA also is raising another $5 million to infuse STEAM (Science, Technology, Engineering, Arts and Math) into its early learning centers and its curriculum into Y’s out-of-school programs.

Lastly, the YMCA will soon begin working on the third phase of its capital campaign – a $10 million initiative to create the YMCA Early Learning and Community Center at Grove Park, another neighborhood on the Westside.

“We are really excited about the future of the YMCA – especially with Lauren’s leadership,” Barrett said.

Koontz said she is grateful the board has given her the opportunity to lead the organization – especially its two past chairs: Scott Taylor and Dave Stockert – both Atlanta real estate developers.

“I wanted to earn this role,” she said. “I’m incredibly humbled and honored to lead this organization as its first female CEO in 161 years and to be able to lead it at the same time there is a female board chair.”