AT&T Georgia’s Venessa Harrison: ‘I truly believe I can make a difference’ 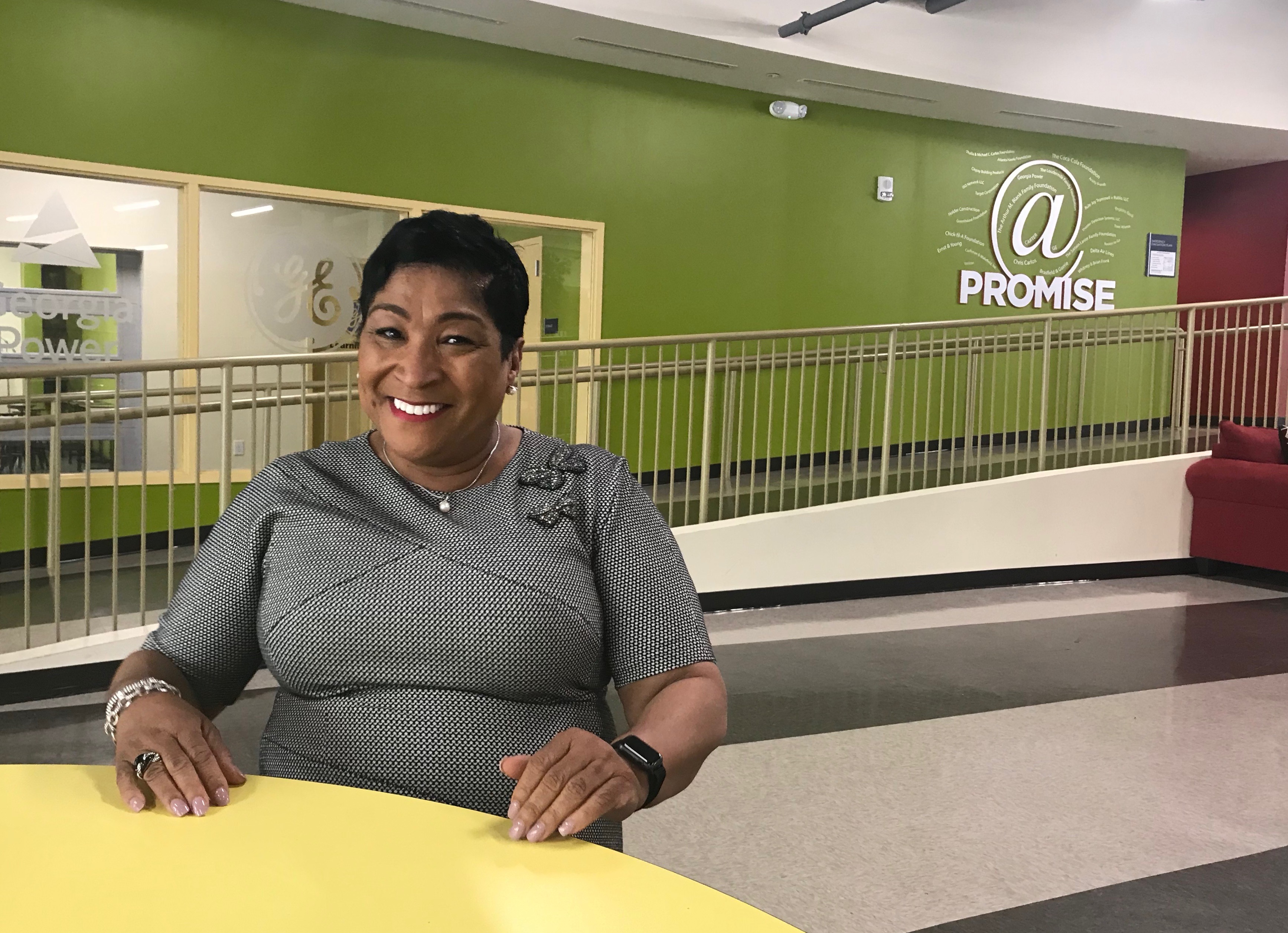 By Maria Saporta
As published in the Atlanta Business Chronicle on May 3, 2019

Venessa Harrison first set her sights on moving to Atlanta from North Carolina 40 years ago. In fact, the reason she first joined AT&T in 1979 was because she believed she would be able to transfer to Atlanta to join several of her friends who had decided to move to Georgia.

“I finally made it here after 40-something years, and none of my friends are here,” Harrison jokingly said in an interview on April 30. “I had a firm belief 40 years ago I was supposed to be here.”

Harrison is the president of AT&T Georgia, a position she’s held since Dec. 1. Before moving to Atlanta, Harrison – a native of Raleigh – had spent her entire AT&T career in North Carolina. 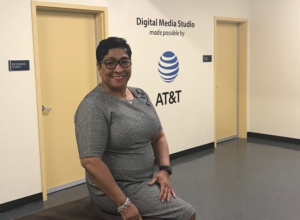 Harrison takes the helm of AT&T Georgia at a time when the company has just completed its merger with Time Warner, a move that has resulted in the shifting of several operations. Most notably, the Atlanta-based Turner Broadcasting System, formerly part of Time Warner, has become absorbed into WarnerMedia, which is based in California.

That is on the heels of AT&T (NYSE: T) deciding in 2017 to relocate the top executives of AT&T Mobility from Atlanta to Dallas, the corporate headquarters of the telecommunications company.

According to previous press accounts, about 300 AT&T jobs left Atlanta for Dallas and Los Angeles in the past couple of years.

Despite the loss of those jobs, Harrison said Atlanta continues to be a vital center for AT&T.

“Atlanta has as many as or more than the number of employees than Dallas has,” Harrison said. “We have more than 20,000 employees here.”

That solidly places AT&T as being among the top employers in Atlanta and Georgia.“There’s been a lot of conversation about employees leaving Atlanta,” Harrison said. “We are very committed to Atlanta – past, present and future.”

Harrison went on to say that she doesn’t measure Atlanta’s importance in the AT&T family by the level of leaders who have left.

“I measure it by the investment in our city and state,” she said. “Even though we did lose some executives in the state, we have invested $5.3 billion since 2015 and $3.1 billion of those dollars right in metro Atlanta.”

She also said AT&T has continued and will continue to commit its resources to the company and the community. 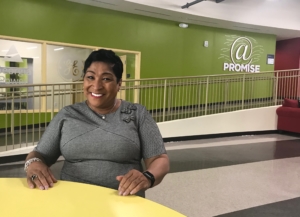 In January, the company announced a $250,000 grant to the Westside Future Fund as part of its “Believe Atlanta” campaign, which is enlisting local AT&T employees to be part of the revitalization of the neighborhoods west of the Mercedes-Benz Stadium.

“That put us over $1 million in contributions to the Westside since 2018,” said Harrison, mentioning the company’s investment in Westside Works, the “Beloved” event, the City of Refuge, the @Promise Youth Center and the Atlanta Police Foundation. “Our employees also volunteered 165,000 hours in 2018.”

Harrison conducted the interview at the @Promise Youth Center in the English Avenue neighborhood where she often volunteers to speak to young “at risk” youth.

The community reminds her of the area where she grew up in Southeast Raleigh as one of 10 siblings who were being raised by a single mother.

Harrison credits her mother for giving her the confidence and drive to succeed in corporate America. She actually dropped out of college so she could work full-time at AT&T, but she had promised her mother she eventually would get a college degree. It took her nearly 14 years, taking one or two night classes, to graduate.

“It was white male dominated environment back then,” Harrison said of when she got promoted from being an operator to network operations. “I was very engaged and committed to the job. People enjoyed teaching me. There was literally nothing I thought I couldn’t do. My mother would always say: ‘If somebody else can do it, you can do it too.’ ”

That’s the message she has wanted to share with the young people she has met – especially those who are considered to be “at risk” – a term that implies potential failure.“

People use the term ‘at risk’ loosely,” Harrison said. “My mother used to say: ‘You are at risk of doing great things.’ When you walk in the door, you work hard.”

Harrison said she is fortunate that AT&T gave her a pathway to do great things.

“I’ve had the opportunity to work for a company with leaders who recognized my abilities and my skills – not because of who I am but because of what I want to deliver,” Harrison said. “I’ve got a very competitive spirit.”

She is approaching her tenure in Atlanta with that same spirit. She already is on the board of the Georgia Chamber of Commerce and on the executive committee of the Metro Atlanta Chamber.

“I love Atlanta,” said Harrison, who is attracted to the city’s civil rights legacy. “The future of AT&T in Atlanta is very bright. AT&T believes in Atlanta. I came here because I truly believe I can make a difference.”

Harrison is especially proud that the 2019 legislature passed an AT&T-backed bill to create statewide regulations for cellphone companies to set up 5G (small cell) technology equipment on public land. The 5G technology is estimated to be about 10 times faster than 4G networks. The governor signed that into law last month.

AT&T Georgia also has a pilot program with Georgia Power to provide broadband over power lines, which could make all the difference in rural communities. “Everybody should have access to broadband,” Harrison said.

In short, Harrison said she feels “blessed” to have made it to Atlanta after longing to come here for 40 years. She spoke admiringly of retired AT&T executive Ralph de la Vega, who had been a local business leader and strong advocate for Atlanta for years.