For my whole life, I’ve said that I’m from Atlanta. For the first 25 years of it though, that wasn’t quite true. I’m a product of the Atlanta suburbs, which means that Atlanta was a place that I would go to for a sporting event here or a restaurant there. I wasn’t from Atlanta; I was just a frequent visitor to it.

In 2011, after graduating from law school, I moved back and experienced city living for the first time. I spent a year watching the beltline transform the Old Fourth Ward before moving to the Kirkwood neighborhood, where I’ve been ever since. I fell in love with Kirkwood, and through my experience living here, I came to see how rich city life can be. Our community is incredibly diverse. It’s walkable. We have beautiful greenspaces. We have a thriving community of restaurants, shops, and other businesses that put us on Atlanta’s map.

It’s that last part in particular that draws me to city living. When a residential area flows seamlessly into a commercial district, offering good jobs, amazing food, places to gather and rich local culture, that builds community. I love feeling the vibrance of a busy Kirkwood because it reminds me of how many people find value in our neighborhood. It makes me proud to live here.

In this way, local businesses aren’t just our commercial entities but our neighbors too. When they are good neighbors, they enhance our collective quality of life. We are blessed to have so many good business neighbors in Kirkwood. Unfortunately, we also bear the burden of one particularly bad neighbor. 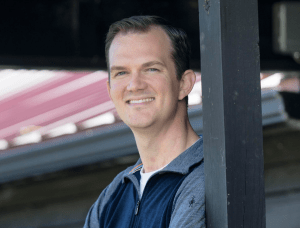 John Lanier is the executive director of the Ray C. Anderson Foundation and a long-time Kirkwood resident.

Atomic Entertainment acquired the Pratt-Pullman Yards — a 27-acre old industrial site on the western edge of Kirkwood — in 2017. At the time, I was enthusiastic about their vision, one that I heard directly from the owners on a tour of the property in December of that year. It was to be an arts and culture hub for the broader community. A “city within a city.” A soundstage was to anchor the development, with a boutique hotel, coworking office space, a food bazaar and other restaurants, all while preserving the historic nature of the buildings and Pullman’s healthy forest.

Now five years in, it seems that vision has changed. The soundstage hasn’t been developed. There is no hotel or office space on the horizon. The first restaurant to open on the site left within a year, seemingly due to a dispute with Atomic Entertainment. The Van Gogh immersive exhibit had some appeal, but it also brought with it concerns around traffic and parking along the one road that Pullman fronts.

That isn’t why I’m calling Atomic Entertainment a bad neighbor, however. They earned that distinction when they started leasing their land to a professional sports league. In early February, Fan Controlled Football and Crazy Legs Productions announced that the second season of their alternative football league would be played at Pullman. As an adjacent property owner whose backyard looks out upon the historic buildings, I reacted with skepticism to the announcement.

Over the next two months, that skepticism grew into concern. My wife and I watched through the trees as a towering structure was hastily erected in the space between two of the historic buildings. What Fan Controlled Football calls a “high tech studio arena” is what I would call a glorified tent. We braced ourselves, unsure of what it would be like for nearby residents when they started playing games.

We found out on April 16. In that first week of the season, and on every Wednesday evening and Saturday since then, the tent has thundered. We hear a constant hum of music and thumping bass, punctuated by the boom of the announcer’s voice. On Saturdays in particular, the noise carries on past 11 p.m.

My four-year-old daughter comes out of her room at night complaining of the noise. My five-year-old son, who is differently wired and prone to spikes of anxiety, can’t play in our backyard on Saturdays anymore because the loud music agitates him. My wife and I can’t fall asleep until the bass finally stops, and we even have soundproof windows in our bedroom.

It’s not just my family that is impacted. We live on a street full of newborns, elderly residents, and everyone in between. The noise carries beyond our street too, and many residents, in coordination with the Kirkwood Neighbors Organization, have come together to express our concerns to Atomic Entertainment, Crazy Legs Productions, Atlanta Police, and Atlanta City Council. Still, the noise continues week after week.

My hope is that the owners of these businesses will read this and remember what it takes to be a good neighbor. You don’t build community by harming the quality of life of the residents who were there first. You do it by having common decency and a genuine desire to improve that community. From my standpoint, it’s clear these folks lack those things. They care more about making a buck than being a good neighbor.