From ballpark to Ponce City Market, this magnolia has survived a century in the city 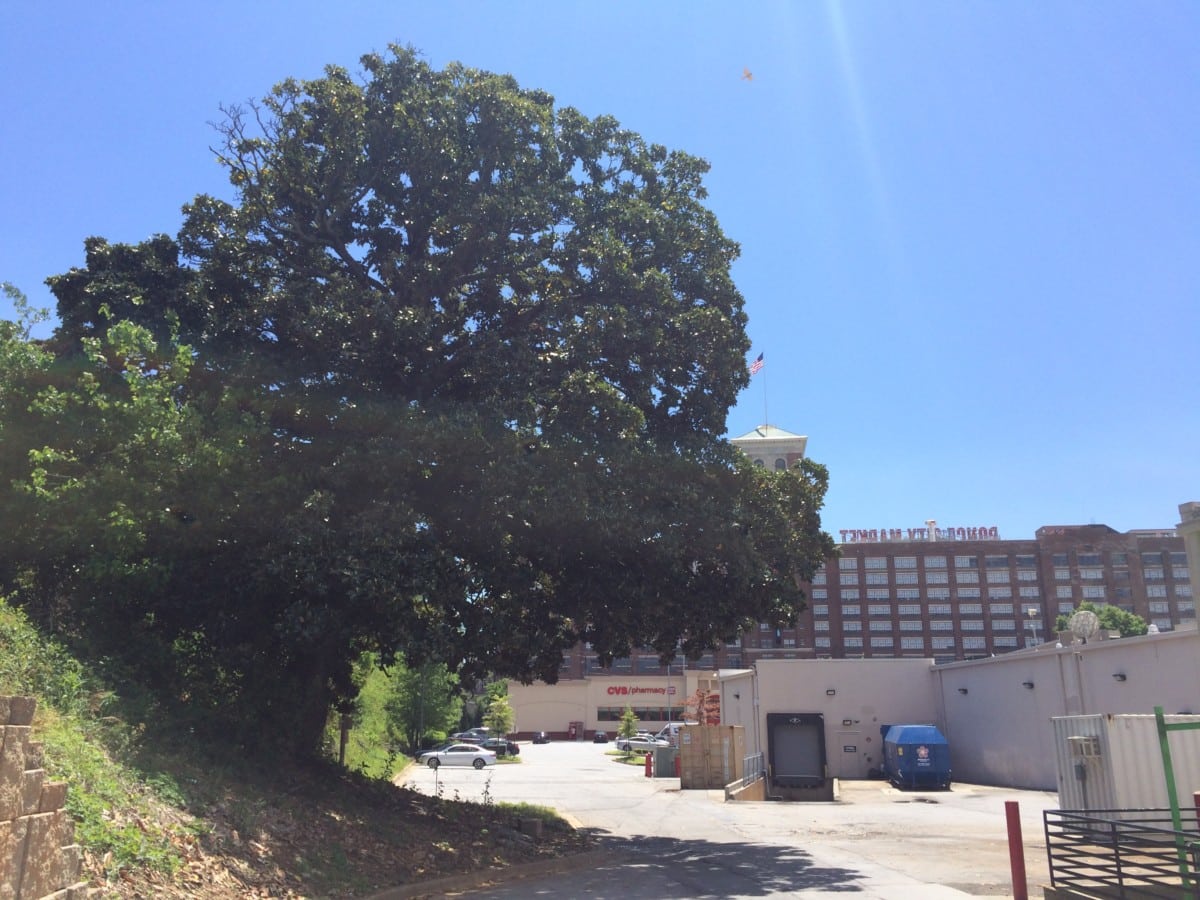 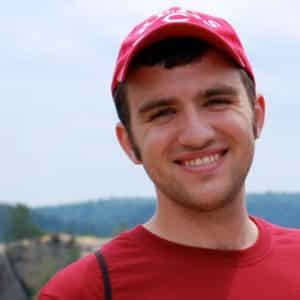 The Ponce de Leon Ballpark magnolia tree, located near 650 Ponce de Leon Place, N.E., was recently named by the Atlanta Journal-Constitution as one of the “20 Atlanta trees you should know” — with good reason. The tree is between 90 and 100 years old. It has a great view of the Atlanta Beltline, and over the past century, it’s had a great view of Atlantans working and relaxing together.

Outside of the Ponce magnolia’s most famous gig as an outfielder for the Atlanta Crackers and Atlanta Black Crackers (more on that shortly) the tree is probably most famous for standing across the street from Ponce de Leon Park. Ponce de Leon Park was an iteration of the post-Civil War urban park movement, sparked by the opening of New York’s Central Park in 1857. Such parks were praised at the time for their morally ennobling qualities — fresh air and greenspace were supposed to serve as healthy alternatives to taverns and other “sites of vice.” Ponce de Leon Park, opened in 1903, was thought to be morally and physically fortifying. It was built along and named for Ponce de Leon springs, a local attraction since the late 1860s that was thought to have healing properties. 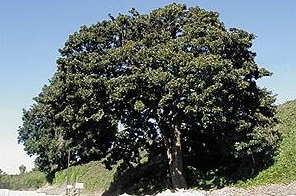 The Ponce magnolia likely got its start after a lake that stood across the street from Ponce de Leon Park was drained and filled in at the turn of the century. A $60,000 wooden ballpark was constructed atop the drained lake and opened in 1907. After the ballpark burned down in 1923, a wealthy concessionaire named Rell Jackson Spiller paid $250,000 to build a state-of-the-art steel and concrete fieldhouse in time for the 1924 season. Like new large ballparks today, the amenities in Spiller Field set standards across the country. It could hold 20,000 fans, about the same as Cubs Field (which, in 1927, would be renamed Wrigley Field) in Chicago, and the bucket seats attached to the building’s concrete frame, as opposed to bleachers, were a welcome novelty for spectators’ backs.

The most notable part of Spiller Field, later simply called Ponce de Leon Ballpark, was our magnolia sitting in the center of the deep outfield, about 500 feet away from home. Ponce de Leon Ballpark was the only ballpark in baseball history with rules incorporating play with a tree. If a batter hit a ball into the tree, the ball was still in play. Babe Ruth, who was visiting for an exhibition game, and Eddie Matthews both hit home runs into the tree — the ball bounced and rolled long enough in the tree for the players to haul around the bases. 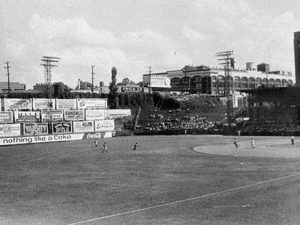 The tree grew its way into fans’ and players’ hearts. Governor Roy Barnes remembered it as an essential part of the “grandest ballpark I could ever imagine” in the foreword to a 2003 book on the Atlanta Crackers, and when Earl Mann became president of the team in 1935, he was forced to abandon his plans to cut down the tree because it was so popular. Instead, he moved the outfield fence 50 feet in, putting the tree out of play for good. (Mann and the tree seemed to settle their differences eventually, though. His ashes were spread beneath the magnolia after his death in 1990.)

The Ponce magnolia may have lost its position as Cracker outfielder, but it outlived the Crackers. The Atlanta Crackers’ popularity began to decrease in the late 1950s. The team officially disbanded in 1965, and Ponce de Leon Ballpark was demolished in 1966, the same year the new Atlanta Braves moved in from Milwaukee.

Meanwhile, the ballpark’s spiritual progenitor, Ponce de Leon Park, had since been replaced by a massive Sears warehouse and headquarters, which itself was shuttered in 1979. 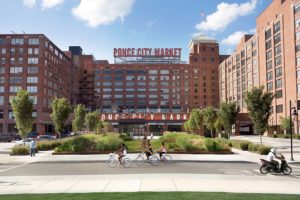 Ponce de Leon Ballpark lives on in a few ways:  the buildings of Midtown Place line up on its old third base line, and the Gwinnett Braves stadium, Coolray Field, was modeled after the Ponce ballpark. The most immediate reminder, though, is probably the Ponce magnolia. It’s behind the Home Depot, near a loading dock. It has witnessed a lot of differences in how Atlantans recreate: Ponce de Leon Park and Ballpark were both strictly segregated, for example; baseball teams are larger and people even shop differently – the new artisanal maker-spaces inside Ponce City Market are a far cry from the big box stores of Midtown Place.

Despite these deep (and some not so deep) differences in the way Atlantans get out of the house, it seems likely that the Ponce magnolia, and all of the other trees in all of the other parks, will continue to incorporate themselves into our free time. Trees Atlanta might just make sure of that. They took cuttings from the Ponce magnolia in 2013, and the young clone saplings are now slowly growing in a nursery. They’ll take more cuttings this summer, and as soon as the new trees are old enough, they’ll be planted along the Beltline across the city.

Interested in learning more about sports in Georgia? To read the first part in this series, the story of how two Jewish brothers helped integrate sports in Atlanta, click here. You can experience Hometown Teams: How Sports Shape America, the traveling Smithsonian exhibition sponsored by Georgia Humanities, from June 25 through August 6 at Arts Clayton Gallery in Jonesboro.

Chris Dobbs is the assistant editor of the New Georgia Encyclopedia. You can follow him on Twitter @GaEncyclopedia.