The youngest son of former Atlanta Mayor Ivan Allen Jr. – Beaumont Allen – passed away on Saturday afternoon at his home after losing a battle with cancer.

Allen, 63, was actively involved in preservation and environmental issues, and he played an active part in the restoration of Oakland Cemetery serving as chairman of the board of trustees of the Historic Oakland Foundation.

It is fitting that a memorial service in his honor will be held Wednesday morning at Oakland Cemetery, the resting place of his parents, Louise Richardson Allen and Ivan Allen Jr. 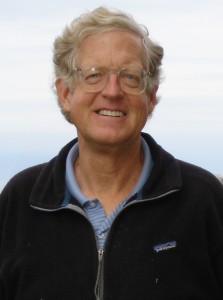 The news of Beau Allen’s death was announced Monday at the Rotary Club of Atlanta by President Tommy Holder. An announcement also was made at First Presbyterian Church of Atlanta on Sunday and in an email from the Forward Arts Foundation to its members.

Beau Allen graduated from the Westminster Schools and the University of Georgia with a degree in journalism. While at the University, he was instrumental in launching the campus radio station, WUOG, which is still broadcasting 42 years later as one of America’s most respected college radio stations. Later he worked on-air and in management for Atlanta’s first talk radio station, WRNG, according to the obituary prepared by the family.

He served on the board of the Tophat Soccer Club, where his daughter Sarah played and his son Beau refereed. He recently led a rezoning effort to ensure the future of the Tophat girls soccer program.

He also was a member of the Atlanta Speech School board and chaired the school’s board of advisors.

Beau Allen’s tenure on both the board of trustees and the board of advisors of the Historic Oakland Foundation led to his interest in Southern history and genealogy. He loved Oakland Cemetery for its ancient oaks and magnolias, sweeping gardens, and classical monumental statuary, the family obit stated.

He was also involved in historic preservation efforts in his native Tuxedo Park, and served as president of the Tuxedo Park Civic Association.

“Our families had always known each other, but my personal relationship with Beau began with the Tuxedo Park Historic District in 1989-90. Both Beau and his father, former Mayor Ivan Allen, came to City Hall to speak before the Zoning Review Board,” Norwood wrote in an email.

“Beau was the last speaker and he described a home in Buckhead that was going to be subdivided with houses in the front yard, and around the property in the woods,” Norwood continued. “He had been a radio announcer, and he had perfected the art of the ‘dramatic pause’.… He said after the pause, ‘We know it today as the Swan House.’ The entire chamber gasped and went totally silent.”

Beau Allen also loved land and the outdoors. He assembled a tract of land near Canton, GA where he planted and cultivated loblolly pines for market, and enjoyed mowing pastures and exploring the Cherokee County foothills. He spent many summers throughout his life at his family’s home on Lake Toxaway in North Carolina. He also owned coastal property in Bandon, Oregon, where he enjoyed playing golf with his family and seeing America from “the other side.”

He was a member of the Peachtree Golf Club, the Piedmont Driving Club, the Country Club of Sapphire Valley, and the Nine O’Clocks. He was also a member of the Society of Colonial Wars and the Sigma Alpha Epsilon Fraternity. He was a lifelong member of First Presbyterian Church of Atlanta.

He is survived by his beloved wife of 33 years, Sally Niles Allen; their son, Andrew Beaumont Allen of Atlanta; their daughter, Sarah Allen Blais and her husband David Mark Blais; and their grandson, Allen Harrison Blais, all currently residing in New York. 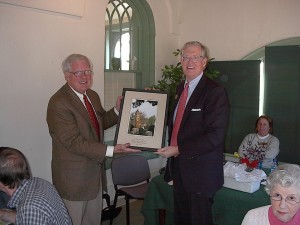 The Allen family has been legendary in Atlanta for more than a century. Ivan Allen Jr. served as Atlanta’s mayor between 1962 and 1970 during the tumultuous period when the South was transitioning from being a segregated society to an integrated one.

Mayor Allen was the only elected official from the South to testify in Congress in favor of the public accommodations section of the proposed civil rights bill, and he is credited with being one of the key figures who helped guide Atlanta towards integration and helped build closer ties between whites and blacks in the city.

That legacy was carried on by Beau Allen, Norwood said.

“He loved our city ardently and worked for its betterment all of his life. When he became a member of the Oakland Cemetery Board, he infused it with his energy, his creativity, and his passion,” she said. “Atlanta has lost a wonderful citizen, and great supporter.”

David Moore, executive director of the Historic Oakland Foundation, said it was because of Allen’s leadership that the cemetery began to emerge as a historic preservation leader, not only in Atlanta, but also the Southeast.

“Today we are considered one of the leading organizations in the country for the restoration, interpretation, and promotion of a historic cemetery,” Moore said.

Moore borrowed a quote from Benjamin Franklin, who said: “Show me your cemetery and I will tell you all you need to know about the community in which it is located.”

“As I look around Atlanta today, I see a community that cares. It cares about its history and its future,” Moore said. “This is reflected in the care that has been given Oakland by the leadership and support of Beau and his family and the many who have followed in his footsteps.”

Moore added that the reason he came to Oakland was Beau Allen. “He didn’t have to twist my arm into joining the foundation back in 2006,” Moore said. “His love for this place and the passion he had for its preservation made it an easy decision!”

Beau Allen will be interred at Oakland Cemetery in the Allen family plot adjacent to his parents and near his ancestors – Shadrach Inman and Hugh T. Inman.  A memorial service is planned at Oakland Cemetery’s Lion Square at 10 a.m. on Wednesday, August 6. In lieu of flowers, please make contributions to the Historic Oakland Foundation, 248 Oakland Avenue, SE, Atlanta, GA 30312.