Behind the Deal: State Bank & Trust’s merger with Cadence Bank 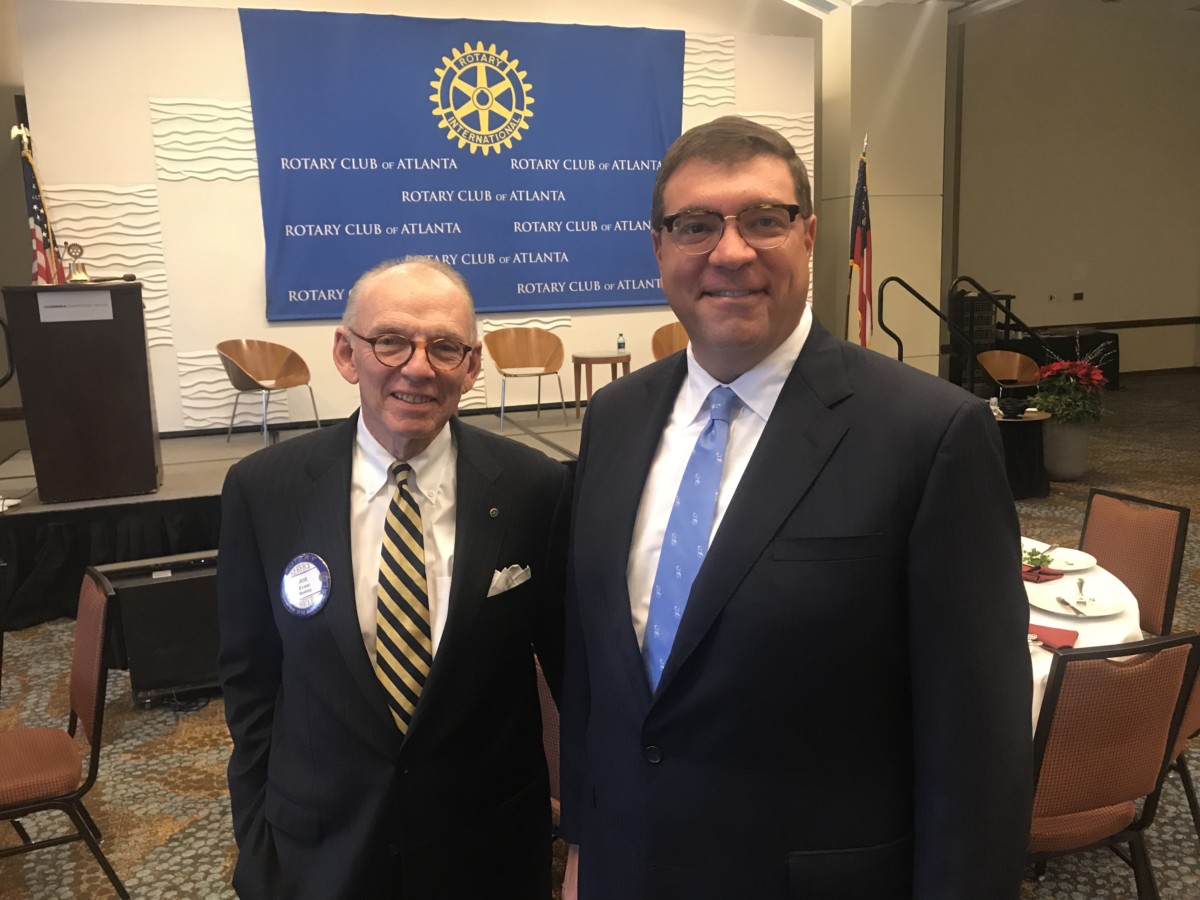 Come February, Atlanta-based State Bank & Trust will fly under a new banner – Cadence Bank – expected to be among the four largest banks in the state. 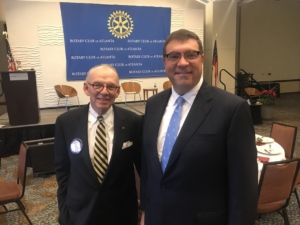 The two banks – both created after the Great Recession of 2008 by acquiring distressed banks – announced their merger last May. It also was announced that Cadence Bank would be moving its headquarters from Birmingham, Ala., to Atlanta. The holding company – Cadence Bancorporation, however, will remain headquartered in Houston, the combined bank’s largest market.

The executives of both banks made a presentation at the Rotary Club of Atlanta on Dec. 10, and they elaborated on their plans in an interview after their presentation.

So why did Cadence pick Atlanta as its bank headquarters?

“Joe wrangled it out of us,” said Paul Murphy, chairman and CEO of the holding company, of Joe Evans, chairman and founder of State Bank & Trust who until recently served as its CEO. “Part of the discussion with Joe involved moving the headquarters to Atlanta. He said that would make a strong statement to the community.”

That led to Sam Tortorici, CEO of Cadence Bank, moving his home from Birmingham to Atlanta four weeks ago.

Tortorici, who has spent 30 years in banking – mainly out of Birmingham – said he also has spent about 13 years of his career working in the Atlanta.

The two banks have parallel stories. State Bank started with an investment of $300 million in 2009 buying failed banks as well as some healthy ones. Cadence, which has roots in Texas dating back 126 years, was bought in 2011 by Murphy and fellow investors. They had raised a $1 billion fund to acquire several other distressed, and some healthy, banks. 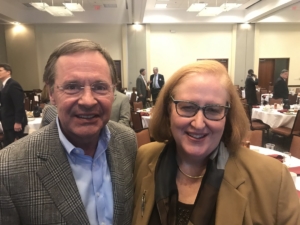 “We didn’t just start talking about this in January,” said Evans, referring to when the merger talks first became serious. “My first visit to Texas was in 2010.”

The combination made sense because the executives were at complementary ages so there would not be a power struggle over who would be CEO.

Evans said he has been through a host of mergers and acquisitions throughout his 40-year banking career.

“I am staying on the board,” Evans said. “This will be the first time that I will have stayed on board.”

The merger agreement calls for three State Bank directors becoming part of the Cadence board. The three are Evans, CEO Tom Wiley and a player to be named later.

“I’m looking forward to the interaction and evolution of that board,” said Evans, who made a point of making sure State Bank had a diverse board with at least three women directors, including Virginia Hepner, a retired banker who stepped down as CEO of the Woodruff Arts Center in 2017.

“Cadence has not been public for a long period of time. Its board looks more like a private company board,” Evans added

But expect that to change. 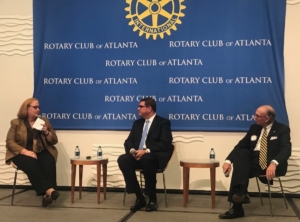 Virginia Hepner, Sam Totorici and Joe Evans were part of a panel at the Rotary Club of Atlanta (Photo by Maria Saporta)

“We are definitely moving toward more ethnic and gender diversity on our board,” Murphy said. “The final board composition hasn’t yet been decided, but Virginia would be a great addition.”

Tortorici, who has already moved to Brookhaven, intends to get involved in the Atlanta community. He has joined the Buckhead Coalition, and he has been nominated to join the Atlanta Rotary Club. He also is expected to take Evans’ spot on the board of the Metro Atlanta Chamber.

The combined bank will have assets of $17 billion, and it will be the 75th largest bank in the country. The footprint of both banks also was complementary.

“There’s no geographical overlap,” Tortorici said. State Bank operates in Georgia, and Cadence operates in Texas, Mississippi, Alabama and Florida. After the merger, Atlanta will be the bank’s second largest market.