You hear about it, empathize with it, but it never hits home until it happens to you: getting laid off from your job.

My co-worker, Jessyca Holland, and I had just wrapped up a major annual project. She and I had received phone calls over the weekend to come to the office for a meeting early on Monday morning, April 5, but with no explanation of the agenda for the meeting.

I walked in to the office. There were six of us: me, my two co-workers, and the board “triumvirate:” the co-presidents and the treasurer who was also the consultant. 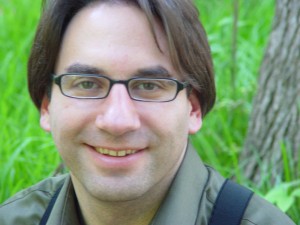 The co-presidents immediately turned the meeting over to the treasurer/consultant who unapologetically told us the board had come to a decision to cut the office staff. “Effective immediately…” Jessyca and I were laid off together as our co-worker Marc had no choice but to look on.

The board triumvirate had its own ideas. By the time of the layoffs, the ideas only came across to me as an effort to save a sinking ship by blowing a bigger hole in it. The feelings of sadness, anger and betrayal that day could hardly describe the emotional roller coaster from the moment of “Effective immediately…” to the moment of handing over the office keys.

Today, we’re starting a new organization called C4 Atlanta. We found this career to be our calling. For years, we had been hearing about all the things Atlanta couldn’t do, even as we saw other service organizations elsewhere do these very things. 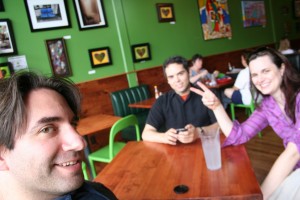 And we watched as expensive solutions were imposed on Atlanta’s arts community, only to see these solutions deliver poor results.

We are now empowered to deliver 21st Century services to arts and culture organizations.

Arts service organizations have a varied history in cities throughout the United States. If, for example, you have been to Times Square in New York City and purchased discount tickets from TKTS, you’ve taken advantage of one of many services offered by Theatre Development Fund.

On the other hand, you may never have heard of their other services, which are all geared toward either providing support to artistic works or toward making live theatre and dance more accessible to a greater diversity of audiences.

In a single sitting, we brainstormed a list of services more than four pages long. Three months later, we found our focus of using technology and education as paths to sustainability for arts and culture.

Between the two of us, Jessyca and I were able to work through the events of April 5 and resolve ourselves to continue serving the community.

And we have brought on an additional business partner, Lyre Calliope, who brings with him a wealth of experience as a creative thinker in technology and social media.

Despite the economic environment, we believe that this is the right time to pursue a vision to create jobs in the arts and cultural fields. And we believe that Atlanta is the best place to make that happen at this time.

So we may have lost our jobs in April, but we believe that out of that setback, we have been presented with a remarkable opportunity to help strengthen arts and cultural organizations in Atlanta.

Note to readers: Joe Winter is an Atlanta native who graduated from Georgia State University with degrees in Business Administration and Urban Policy Studies. He has been active in transportation, arts and community organizations for 10 years.