Beirut, Paris and the sudden enthusiasm for the French 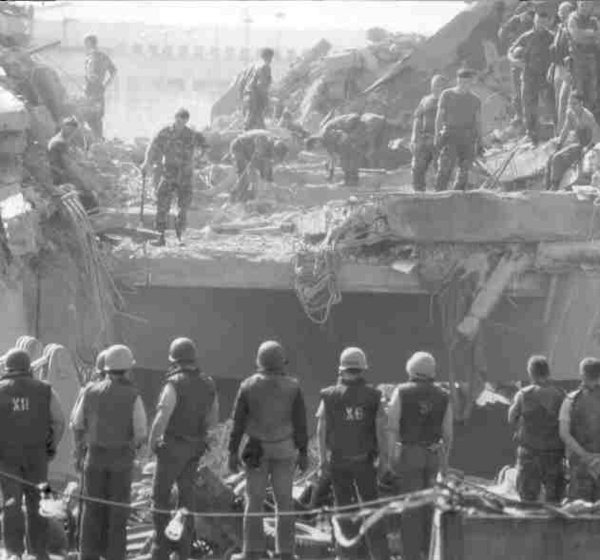 On Oct. 23, 1983, suicide bombers detonated truck bombs outside two barracks buildings housing U.S. and French peacekeeping forces in Beirut, killing a total of 307 people, including themselves.

It’s important to remember the sacrifice of the 241 U.S. military personnel who were among that number, but especially so following one of the most unseemly episodes of politically induced hysteria we have witnessed in a long while, in the aftermath of the Nov. 13 terrorist attacks in Paris. The way we process the news of events like this has changed in fundamental and important ways between then and now.

The Beirut bombing was big news, of course. The U.S. Marine Corps suffered its greatest single day loss of lives — 220 — since Iwo Jima. But it didn’t happen on the streets of Paris, the dead wore uniforms, and most important, it happened back when big news was conveyed by dark headlines in the morning paper and long stories at the top of the network news. CNN was still in its youth, and the rest of cable had barely begun to bark.

The turbulent thrashing of the media stream since the Paris attacks would simply not have been possible 32 years ago. And so the deaths of 160 people, including one American, in the series of attacks in Paris has been, in that sense, a bigger deal. Politically, the 1983 bombing resulted in nothing like the stampede of governors moving like Hungarian cops to bar Syrian refugees from their borders.

President Ronald Reagan moved decisively after the bombing — except not in Beirut. Two days later, the U.S. invaded the island nation of Grenada, ostensibly to rescue American medical students caught there during violent political arrest. Today this might have been condemned as a baldfaced attempt to change the subject, but there was still enough chill at the end of the Cold War to paint Grenada as somehow a communist plot.

The news was not yet framed in such a way as to identify the greatest threat to the nation with the Middle East, despite our many troubles there. That is one of the great differences between then and now.

The Beirut attack was carried out by a group called Islamic Jihad, which became Hezbollah, sort of. Over all these years, we should have figured out that jihadist organizations change their outer trappings with the dexterity of Hong Kong suit makers. This makes declaring war on them, as there have been so many calls to do since the Paris attacks, a slippery proposition.

But then, how could we be expected to understand the Middle East when we can’t understand the French? Right up to today, American stories about the 1983 disaster typically refer only to the deaths of the 241 U.S. military personnel, as if a second truck didn’t pull up to another barracks 10 minutes later and kill 58 French paratroopers.

The outpouring of solidarity after the recent Paris attacks was touching, but the sudden enthusiasm for the resolve and passion of the French by President Obama’s critics was jarring. Only a few years ago, many of the same people wanted to call french fries “freedom fries,” because the French had more sense than to join the invasion of Iraq.

Writing last year in the New Yorker, Jane Mayer contrasted the even-handed congressional investigation of the Beirut bombings with the hyper-partisan atmosphere of the Benghazi affair. If anything, the contrast on the political trail this year is even sharper.

Walter Mondale raised the Beirut issue in his 1984 presidential campaign, but with nothing of the vitriol with which Obama has been assailed for his allegedly bloodless and disconnected response to an attack which, after all, happened in another country. This has come not only from the far right. Otherwise reasonable members of the Washington punditry have complained solemnly that he didn’t speak with as much eloquence about Paris as he did in his funeral remarks after the Charleston shootings. Yet clearly it’s the cool-handed, dispassionate side of Obama, as opposed to the impassioned motivator, that is needed in this kind of war, and it will be those qualities that will be most needed in the next president as well.

The fever whipped up over the attacks and the refugee issue may be abating somewhat, as attention turns to the latest case of low-intelligence, homegrown terrorism in Colorado. That’s something else that has changed in 32 years. Big stories like the Paris attacks range higher up the hurricane scale than they would have three decades ago, but today there are competing acts of terror to change the subject.