By Guest Columnist RUTH WOODLING, founder of WoodlingLaw LLC and a member of the Political Action Committee of the Georgia Association of Black Women Attorneys

I first became aware of Atlanta’s unfortunate distinction as the country’s hub for the commercial sexual exploitation of children (CSEC) in 2006 as a result of Mayor Shirley Franklin’s “Dear John” initiative. It involved a media blitz that included public service announcements featuring Mayor Franklin and a documentary entitled “Hidden in Plain View.”

Despite this initiative, however, both the public and lawmakers remained generally reluctant to confront the issue, and law enforcement efforts remained underfunded.

There were exceptions, however, that began to develop, including Street GRACE, which is an organization that was founded by and composed of churches in the Atlanta area specifically to deal with CSEC; and A Future. Not a Past, an offshoot of the Juvenile Justice Fund that was created to confront the concerns surrounding the sexual exploitation of children. 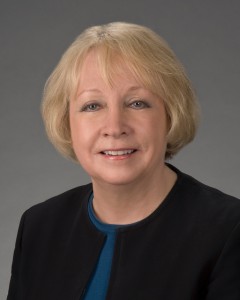 Georgia Women for Change also took on the issue as one of its main priorities, and the Atlanta Police Department created a unit to deal with problem. In addition, Wellspring and Angela’s House, small residential facilities for sexually exploited children, continued to receive funding.

The legislative response began in an unexpected way when a black pastor from Atlanta made an appointment to meet with Sen. Renee Unterman, a white Republican legislator from Duluth. At their meeting, the pastor asked Sen. Unterman if she were aware that within just a few blocks of her office at the Capitol, there were children who had been forced into sexual servitude being prostituted on the streets.

That meeting was the beginning of Sen. Unterman’s search for information on CSEC, and her unrelenting efforts to develop legislation that would address it.

Sen. Unterman’s sponsorship during last year’s legislative session of a bill exempting children under the age of consent from being charged with prostitution met with opposition from those who claimed it was attempt to legalize prostitution.

This year, she worked with Rep. Ed Lindsey, a Republican from Atlanta, and others in the House to develop HB 200, which amended the Anti-Human Trafficking law that was already on the books to provide additional protections and assistance for those forced into sexual servitude, and to substantially increase the penalties for the sexual exploitation of children under 18 and children under 16.

One of the main provisions of the bill allows those who are charged with prostitution to assert the affirmative defense that they have been coerced or deceived into engaging in the illegal conduct with which they have been charged.

On March 29th, I represented the Political Action Committee of the Georgia Association of Black Women Attorneys (GABWA) at the Capitol in supporting HB 200, which was being voted on by the Senate. The House had already passed the bill with only one abstension — Rep. Bobby Franklin (R-Marietta); so passage by the Senate would send it to the Governor to be signed.

I was part of a large crowd of women and men, many of whom wore purple scarves to demonstrate their support. The bill was carried to the Senate floor by Sen. Unterman, who spoke movingly in support of the legislation. The Senate then voted unanimously to pass the bill.

Although much work remains to be done to protect our children, the bill’s passage marked a profound change in the climate surrounding CSEC in Georgia. And it is exhilarating.

I was at first amazed by the broad support for legislation dealing with CSEC that suddenly seemed to reach a critical mass this year. I attended a meeting at an Atlanta church a few months ago where I could actually feel the energy in the room, and it was contagious.

It was finally time, and we knew it. The bi-partisan political support seemed all the more astounding in what is obviously a very Red State. But I soon came to realize that not only was the issue compelling, but that I had missed the lesson of the pastor’s first meeting with Sen. Unterman.

We make a mistake when we assume that because someone belongs to a particular race or religion or political party we shouldn’t make the effort to communicate our concerns to them and that they won’t listen and take action. HB 200 is a symbol of that lesson for all of us.