Atlanta Brave looks back on choosing family over baseball fame

In 2010, pitcher Billy Wagner gave up $6.5 million from the Atlanta Braves, the near-certainty of being major league baseball’s No. 1 closer and any hope of playing in a World Series. He chose home over the game. 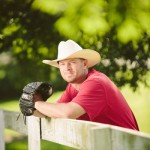 Wagner, now 42, hasn’t looked back. When the Braves made yet another early post-season exit last week, this time against the Los Angeles Dodgers, Wagner said he was in bed. He said he was too busy working with his son’s private high school baseball team, which he coaches, in Crozet, Va. to watch the National League Division Series.

How could he give all that up so easily?

“It’s something my middle school-aged son asks me once a week,” said Wagner, who has authored a new memoir, “A Way Out: Faith, Hope & Love of the Game” (Ampelon Publishing) with experienced Braves beat writer Patty Rasmussen. “It just got to be a mental fight day in and day out to compete. It just got to a point where I didn’t want to do it any more.”

A baseball closer has to have nerves of steel. Wagner didn’t listen to what other people thought. He heard a quieter voice.

“God had a different plan for my life,” said Wagner in a recent telephone interview. “He wanted me to be with my family.”

You never will amount to much

His story intrigued me. It starts and ends in Virginia, my home state. He comes from southwestern Virginia, not far from Hungry Mother State Park where I attended church camp. The Crozet farm that is home to Wagner, his wife and four children is located 27 miles on the other side of Afton Mountain from Staunton and the Shenandoah Valley, where I grew up. The area is beautiful and sacred ground to me. If I’d acquired a hefty nest egg playing pro ball, I’d retire there in a heartbeat. 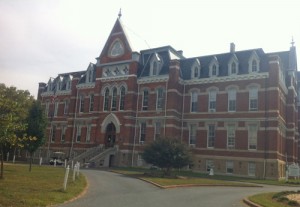 One of Wagner’s main messages to kids who share similar childhoods appeals to me. He reveals in his book that he struggled with a learning disability and said he repeatedly heard the message growing up that he would never amount to much. That’s a message with which I’m all too familiar. I struggled with undiagnosed attention deficit hyperactivity disorder as a child.

Back in the 1970s and 1980s, kids like us in this relatively isolated part of America had to figure out a way to get past those labels and find our own way out in the world.

“If I hadn’t played baseball, I probably would have been a ditch digger,” Wagner told me. “I don’t think I would have had the opportunity for much.”

Wagner was cursed/blessed by being born into a family mired in poverty and conflict, but with a legacy of baseball talent. His great-great uncle was a semi-pro ballplayer who was considered one of the best out of the town of Marion (pop. 5869), where Wagner was born. Wagner’s father was a standout player at the local high school.

Wagner’s parents divorced when he was five. For several years, he and his younger sister were shuttled between them, often split, sometimes to live with other relatives. Wagner said his childhood experiences left him very restless, angry and prone to getting into fights.

The only upside was that it prepared him for the nomadic life of a minor league ballplayer. 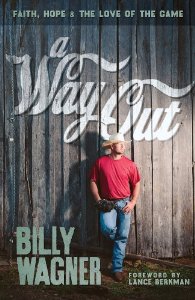 “I never felt like I was leaving anything behind,” Wagner said. “I didn’t feel like I was getting attached.

At 15, Wagner ended up moving in with his aunt and uncle, a coal mining mechanic. They lived in Tannersville, a remote farming community that Wagner says “you have to get lost to find.”

Tannersville was so remote, said Wagner, that he had to travel an hour each way by bus to attend Tazewell High School. He took a pillow with him to nap on the trip.

As a freshman, Wagner had a fastball no one around could match, but had to quit football because of bad grades. He had switched schools so many times and failed a couple of grades.

“I had to work very hard,” Wagner said. “I didn’t want to live on food stamps. I wanted to have a family. I wanted to be respectable. God blessed me with a good left arm. That didn’t mean just because I had a good left arm, I was going to get millions of dollars. I had to prove myself.”

On the cusp of success, tragedy

Wagner did prove himself. He graduated from Tazewell and entered Ferrum College in 1990 where he played Division III ball; before graduating, he was drafted by the Houston Astros in 1993.

After two years in the minors, Wagner and wife Sarah suffered a trauma that changed his view of his life and ultimately would help set up his decision to leave the game.

In 1995, the day after the Astros added Wagner, then a minor leaguer, to their 40-man roster, Sarah Wagner’s parents were murdered. They had to intervene in a domestic dispute between other family members. On the threshold of the major leagues, Wagner left the team to be with his wife. 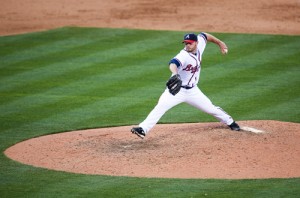 “Baseball was no longer the only thing we cared about, the only thing that mattered, and that was something we’d continue to deal with as our family grew,” writes Wagner.

From that low point, Wagner emerged as one of the best closers in the game. In 1999, he won the Relief Man of the Year Award for the National League, after having saved 39 games and striking out 124 batters over 74 innings and boasting just 1.69 runs allowed per nine innings pitched.

Wagner also became a father. His first son, Will, was born in 1998; Jeremy two years later, then Olivia, now 10, then Kason, now six.

Baseball made Wagner feel like he was constantly moving, even when he wasn’t. He was paid millions to keep runners from getting to home plate, but he couldn’t enjoy a full plate at his own home.

“I’d be rushing through a meal with my family. I was doing workout routines sometimes from midnight ‘til whenever,” Wagner said. “I finally decided I needed to be home with my family.”

Wagner said he has no regrets: “I accomplished more than I expected to accomplish.”

So he didn’t get to play in the World Series. A lot of ball players don’t, Wagner said.

He didn’t best lefty John Franco’s records for saves. So what? Wagner shrugs.

And as for whether he could have kept the Braves in the hunt longer this postseason, he’s not judging. He speaks only for his own path, and the values that brought him to where he felt most needed.

“I know how difficult this game is,” Wagner said. “I know I couldn’t have done any better.”