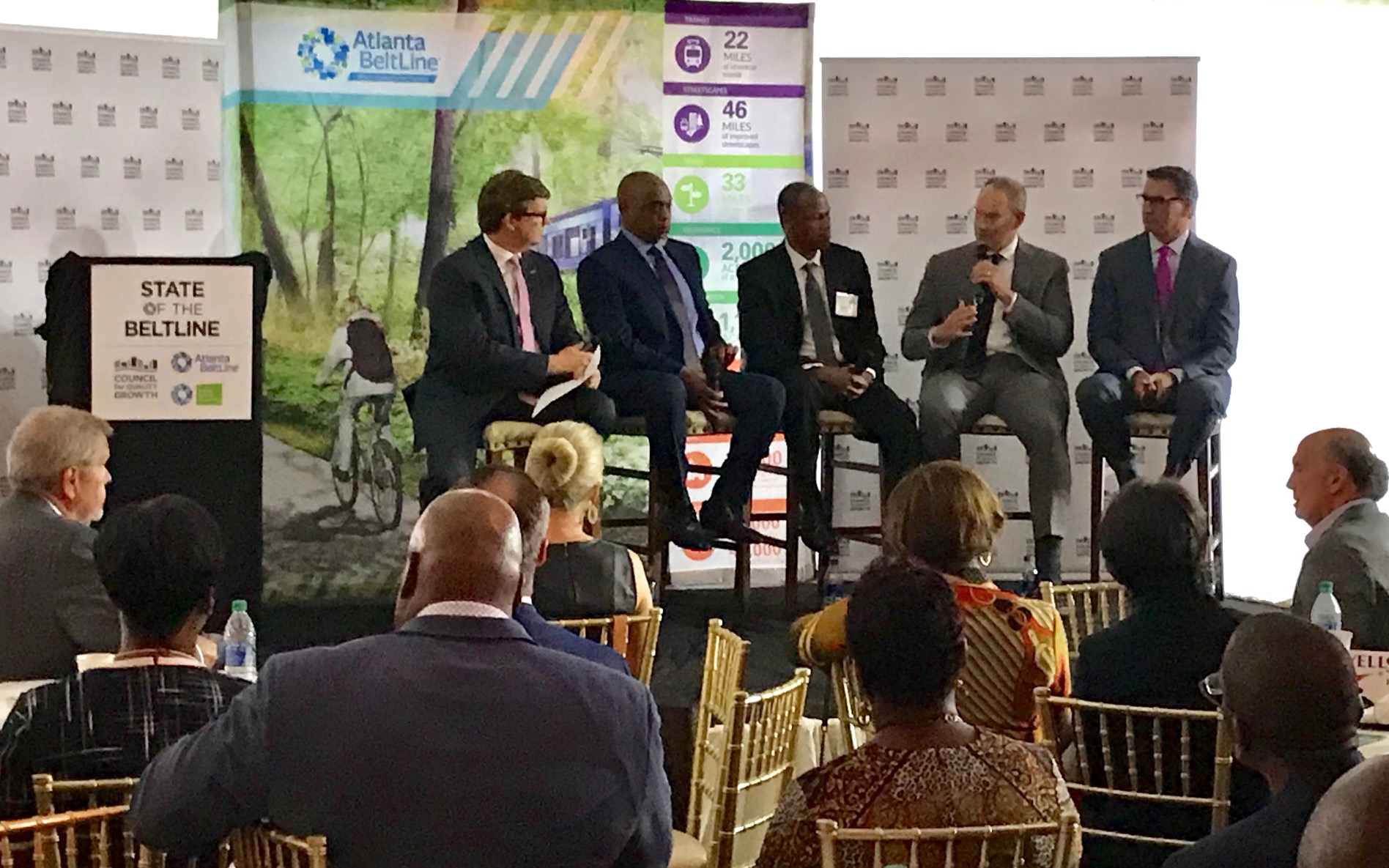 The Atlanta BeltLine and the proposed Westside Park at the Bellwood Quarry received major boosts Tuesday morning with the announcement that the Arthur M. Blank Family Foundation has awarded a $17.5 million grant for the project.

The Blank grant will accelerate the development of parks and trails along the 22-mile circular corridor – especially on the Westside. 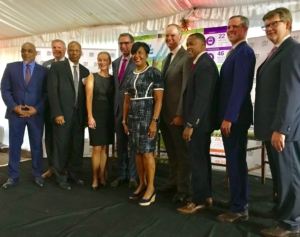 Atlanta Mayor Keisha Lance Bottoms made the announcement at the Council for Quality Growth’s “State of the BeltLine” breakfast at the Park Tavern in Midtown.

“The Arthur M. Blank Family Foundation is making the largest single gift in the BeltLine’s history,” Bottoms told the gathering of several hundred people at the breakfast. “The $17.5 million will be the lead gift to support the development of the Westside Park, which will be larger than Piedmont Park.”

The mayor also announced that “four miles of the Southside Trail is now open to the public on an interim basis.”

The first phase of the Westside Park is anticipated to open in 2020. Eventually the 280 acres will become the largest greenspace in Atlanta, and it is expected that it will serve as a catalyst for surrounding historic communities and will create a destination green space for nearby residents as well as the entire region.

The park is being designed in collaboration with surrounding communities, city leadership and the Atlanta BeltLine. The Westside Park plans call for ADA accessible trails, lighting, signage, educational facilities, special event spaces and a panorama area overlooking the Atlanta skyline.

The park, which includes the former Bellwood Quarry, also will house the city’s largest reservoir, which eventually will hold 2.4 billion gallons of emergency drinking water and serve as a 30-day backup source of drinking water for the city.

Future phases of the Atlanta BeltLine will connect to the Park and Proctor Creek Greenway. 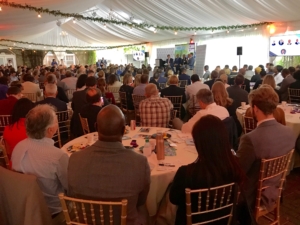 State of the BeltLine breakfast on Aug. 27 at Park Tavern )Photo by Kelly Jordan)

The Blank Foundation grant will complement the city’s $26.5 million investment in the first phase of Westside Park. The grant will enhance public access, neighborhood connectivity and long-term sustainability of about 50 acres of the greenspace.

The Blank Foundation is also the lead gift in the Partnership’s forthcoming expanded capital campaign, and will build on the $4.1 million raised to date to support the creation of Atlanta BeltLine Interim Trails, including the recently opened 4.5 mile Southside Interim Trail.

The private Atlanta BeltLine Partnership soon will be announcing a new capital campaign that will activate five shovel-ready parks and trails as well as continued creation of interim trails that will open along the Atlanta BeltLine as quickly as possible.

It will work with the city’s Atlanta BeltLine Inc., headed by CEO Clyde Higgs, as well as the city’s Department of Parks and Recreation.

Plans include creating greenspace along the Westside Trail at Enota Park, completing trail segments on the Northeast and Southside Trails, and working with the PATH Foundation to link downtown Atlanta to Westside Park — in addition to efforts to activate the first phase of Westside Park.

In  a press release posted after the breakfast, Bottoms stated that the Blank Foundation has committed more than $18 million to efforts around parks in the city and nearly $50 million towards improving Westside neighborhoods in the areas of crime, safety, economic inclusion, education, health and housing.

The release also included a quote from Arthur M. Blank, co-founder of The Home Depot Inc. (NYSE: HD) and chairman of the foundation. 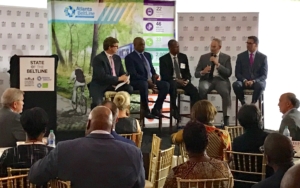 “Everything we do through our family foundation and family of businesses is meant to instill a sense of community, which is why it is important for us to continue to support the efforts of the Atlanta BeltLine as it creates a new space for bringing our community together through Westside Park,” Blank stated. “We want these Westside communities to feel like this is their park where residents, neighbors, and visitors are connecting and gathering because that is when Atlanta is at its very best.”

Rob Brawner, executive director of the BeltLine Partnership, said there will be a celebration of the Blank gift in the near future at a time when Arthur Blank will be present.

“Building on the support of leaders in our philanthropic community over the past decade, this gift represents the largest single philanthropic gift ever made to the Atlanta BeltLine Partnership,” Brawner said in the release. “As we embark on the next phase of shovel-ready parks and trails to advance the vision of the BeltLine, the foundation’s gift will be catalytic to our overall success.”