The Arthur M. Blank Family Foundation has selected Fay Twersky as its new president, succeeding Penelope McPhee, who will be retiring in February after serving in that role since 2004. 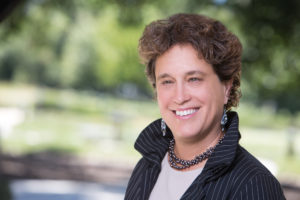 Prior to the William and Flora Hewlett Foundation, Twersky held leadership positions with the Rothschild Family Foundation, the Bill and Melinda Gates Foundation and was the Founding Principal of a consulting firm dedicated to organizational growth and development of nonprofits and foundations.

In her role with the Blank Foundation, Twersky will lead all strategy, operations and grantmaking efforts for the Foundation.

Through all of this, she will bring to life the Blank family values and commitment to support positive and transformative change in the world, according to the Blank Foundation.

“I am deeply honored to be joining the Arthur M. Blank Family Foundation as its next president,” Twersky said in a statement. “We’re at a time in our history when the needs of our people and planet call for the kind of generosity, open-mindedness and commitment to healing and repairing the world that the Blank family embodies. I look forward to working with the family, the foundation team, and the Blank Family of Businesses to support the communities and nonprofits making positive difference for people and the planet.”

The Blank Foundation, formed in 1995, has donated more than $800 million in grants to transform lives and support the revitalization of communities. Over the next 10 years, the Foundation is committed to significantly increasing the scale and impact of its philanthropy. 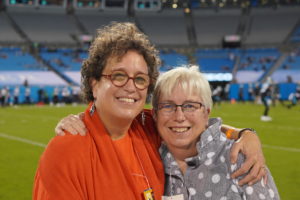 “My family is the most cherished thing in my life, and the work that we do together through our Family Foundation, corporate philanthropy across our portfolio of businesses, and making sustained investments in scalable solutions to make a positive difference in people’s lives is at the core of everything we do,” said Arthur M. Blank, chairman and founder of the Froundation.

“Fay is a values-driven, thoughtful leader with exceptional experience that aligns perfectly with our bold vision for the future of our work,” Blank continued. “She adds unique skills and a strategic approach that will help us leverage and connect the assets of the Blank Family of Businesses to drive even deeper, more meaningful impact through our family foundation.”

Twersky begins her new role as the Foundation’s president on Feb. 15, 2021, and she will be based in Atlanta. Here is her full bio.

The Blank Foundation began a national search for a new president in March after McPhee announced her plans to retire.

Neither Blank nor Twersky were available for an interview as of press time.