Boehner’s successor may find it just as hard to communicate 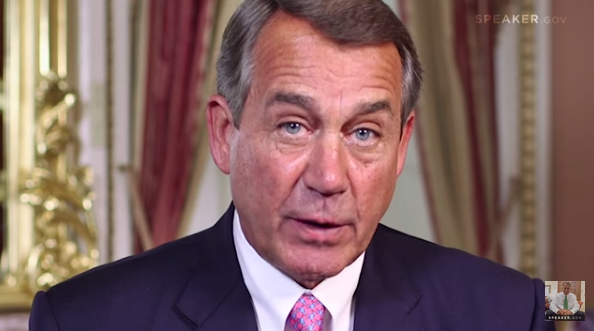 To appreciate why House Speaker John Boehner sang “Zippity Doo Dah” as he headed for the podium to announce his resignation last week, consider the race that is shaping up to replace him.

Generally, you don’t have a wide open race with an odds-on favorite, but that was the paradoxical way this race shaped up after Boehner’s surprise announcement Friday. Majority Leader Kevin McCarthy of California was the first and often the only name mentioned over the weekend, but in a contest for the favor of so contentious a caucus as the House Republican majority, this conveyed no certainty.

By Monday, Rep. Dan Webster of Florida, a Georgia Tech grad who represents Winter Garden, had thrown his hat in the ring. There could of course be more entrants as the week goes on. The true test of McCarthy’s strength in this speaker’s race might be the number of those confident enough in the outcome of this race to be plotting to do him in down the line.

If McCarthy does prevail, a Southern Baptist from Bakersfield will be replacing a Roman Catholic from the stretch between Cincinnati and Dayton at the helm of Congress. It’s appropriate to put this in a religious context because while he had nothing to do with Boehner’s decision to call it quits, Pope Francis’ visit and his address to Congress apparently did have something to do with the timing of his announcement.

The papal visit may still have been at the back of his mind Sunday when Boehner reflected on the failed 2013 attempt to force the collapse of Obamacare through a government shutdown, and the possibility of another Congressional showdown with the Obama administration.

“The Bible says beware of false prophets. And there are people out there spreading noise about how much can get done,” Boehner said on “Face the Nation.”

His accomplishments as speaker were “all done over the last four and a half years with a Democrat president and all voted against by my most conservative members because it wasn’t good enough,” Boehner said.

His departure leaves his conservative critics very much in the position of the dog that caught the car. Much of the unhappiness with Boehner has been blamed on his inability to communicate with his members, and perhaps McCarthy, who is known for his communication skills, will prove abler at keeping his caucus on course.

But the problem for anyone in the speaker’s job is that it’s very hard to hone one’s communication skills on members who cut out in the afternoons to go to fundraisers and hurry home Thursday night to tend to matters in their districts, while they field a barrage of messages from the organizations and interest groups which give them money. It’s hard to get a word in edgewise.

The collective culture of the U.S. House, with young members sleeping on futons in their office and racing between airports every week, has bred a kind of collective attention deficit disorder. What plays at home doesn’t always make it easier to build a consensus in Washington, and home has become only a mouse click away.

This has made the routine aspects of governing, such as cobbling together the Farm Bill or the Transportation Bill, or meeting the debt ceiling deadline, progressively harder to accomplish.

Whoever is elected to succeed Boehner will be expected to make some early show of defiance toward the Democratic White House, but since that will not mean impeaching Barack Obama or overturning Obamacare, it won’t be enough to appease those have made Boehner’s life miserable.

If the Republican House majority becomes too confrontational — and remember that Boehner has already had Benjamin Netanyahu address Congress in defiance of the President — it could be a big issue for the Democrats in next year’s presidential campaign. But if the new leadership plays too nicely it risks the aggravation of a perpetually aggravated base.

The big difference between this and earlier Republican majorities in Congress is that successes in governor’s races and state legislative races have given the GOP such an edge in drawing Congressional lines that it seems likely Republicans will be deciding who’s speaker for quite a while. Whether they can keep one for long is another question.