BoxLock provides a ‘contactless’ way to stop packages from being stolen

An Atlanta-based startup – BoxLock – was launched in 2017 as a way to prevent porch pirates from walking off with packages delivered to people’s homes.

The company developed technology that would permit all delivery companies to unlock and lock a storage box for deliveries by using the barcode on packages.

Now in the era of the COVID-19 pandemic with greater sensitivity to social distancing, the BoxLock technology is a way to minimize the interaction between the individual and those delivering packages for USPS, UPS, FedEx and Amazon.

Brad Ruffkess, CEO and founder of BoxLock, also realized the technology was particularly applicable to individuals with the greatest risk of contracting the Coronavirus, such as the elderly and those with limited means. 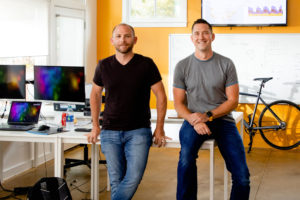 Brad Ruffkess, founder of BoxLock, with Mike Glass, who heads the growth of the startup (Special: BoxLock)

So BoxLock has partnered with Meals on Wheels Atlanta to deliver meals to at-risk residents living in Atlanta’s Westside neighborhoods.

BoxLock, a leader in secure and contactless delivery solutions for homes and businesses, is providing its smart padlocks and boxes at no cost to Meals on Wheels clients and other at-risk individuals living in City Council District 3. Normally the smart padlock and box bundle retails for $240.

The partnership was facilitated by D3 Engaged, a community engagement task force organized by CivicGeorgia and District 3 Councilmember Antonio Brown. D3 Engages is helping identify at-risk residents who need essential home deliveries, such as meals, medicine and special health supplies. Individuals living in district three also can apply for the program by signing up through BoxLock’s website.

“It feels like the right thing to do,” Rufkess said in a telephone interview shortly after the company announced the partnership with Meals on Wheels. “We wanted to give back. And this is an opportunity for us to help define what that enterprise looks like.” 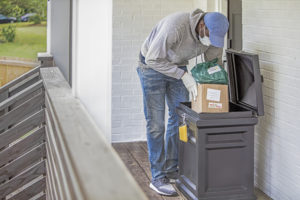 BoxLock is partnering with Meals on Wheels to provide contactless delivery on the Westside (Special: BoxLock)

Ruffkess, who had a successful career at the Coca-Cola Co. before starting BoxLock, became intrigued with the business proposition of providing a way to prevent packages left on front porches or in front of doorways from being stolen by people passing by.

The neighborhood app – Next Door – continually highlights the problem, from neighbors who witness “porch pirates” to residents who don’t get the packages they had ordered.

That’s what happened to Ruffkess. When he and his wife decided to move from a condo in South Buckhead to a home intown.

“We were looking at houses in Virginia-Highland, and I could see all these packages on the front porches of houses,” said Ruffkess, who eventually bought a home in the neighborhood. “As I’m moving in, I start looking at solutions to protect our deliveries. We got cameras installed. The day after we got the cameras installed, two packages were delivered. In the video, I saw some guy walk off with the two packages.” 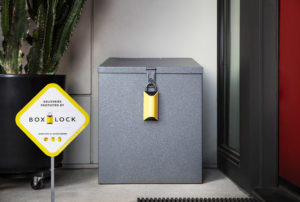 An example of a BoxLock system on a porch (Special: BoxLock)

That’s when Ruffkess then reached out to some people he had worked with explaining his idea for BoxLock. Three months later, in the summer of 2017, he launched BoxLock with pilot rollout in a few Atlanta neighborhoods.

“We launched nationally with Amazon in July of 2018,” said Ruffkess, who also partners with USPS, UPS and FedEx. “A lot of the value position is that it’s ubiquitous – it works with any carrier. No new technology is required on the carrier side.”

BoxLock also partners with companies that make the boxes, which are designed to weighed down or bolted in.

“What we have found is that package theft is a crime of convenience,” Ruffkess said. It is estimated that more than 1.7 million packages are lost or stolen each day.

In February, BoxLock secured $4.5 million in equity funding. The investment round was led by transportation, logistics and technology industry executives. At the same time, it brought on several board members: Dan McHugh, a former CEO of Livingston, Southern Air and DHL Asia Pacific; Michael Monahan, a former CFO and COO of Pitney Bowes; and Robert Williams, a former Amazon and Microsoft executive. 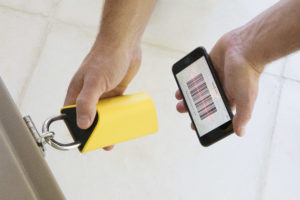 The investment round also included current and former executives from DHL, TNT, uShip, Aramex, InXpress and Maersk. BoxLock’s secure package delivery technology solution is now protecting thousands of deliveries made by UPS, USPS, FedEx and Amazon to homes and businesses across the country.

The company also has been branching out from the residential customer to business-to-business final mile deliveries.

“I love what I’m doing now,” said Ruffkess, who now has teamed up with one of the investors, Mike Glass, who he got to know when he was working at Coca-Cola. “Our business is doing great. The current situation is accelerating our business. We believe this is how packages will be delivered in the future.”

Again, timing is everything.