Twice in the last six months I’ve heard Andy Young tell an audience that any time the federal government offers to pay you 90 cents on the dollar to do something you ought to do anyway, it’s like being given “free money.”

He was talking about the time in the 1970s when the federal government wanted to invest in urban airports so much that it was willing to pay any city 90 cents on the dollar for expansions and upgrades. Sam Massell was the only big city mayor who took the federal government up on that offer, and the result is the Hartsfield-Jackson International Airport we know today.

The biggest issue in Georgia’s gubernatorial contest is whether Georgia should accept the same offer. That’s the cost to Georgia of Medicaid expansion under Obamacare — 10 cents on the dollar. Stacey Abrams is in favor of it, and Brian Kemp is opposed. But unlike the opportunity seized by Massell, the cost of Kemp’s refusal to take a similar deal is measured in more than lost economic opportunity — it’s measured in terms of sickness and death.

Here’s the deal: In exchange for 350 million dollars from Georgia’s state government, the federal government would pump 3.5 billion dollars into Georgia – mostly rural Georgia. The “multiplier effect” of health care spending on that level is staggering. That’s a 4 billion dollar economic stimulus plan, a jobs program, a workforce development plan, and a health care “Marshall Plan” — all rolled into one. With the feds picking up practically all of the tab. 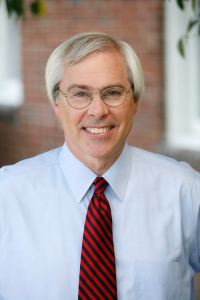 John Barrow represented Georgia’s Twelfth Congressional District for 10 years. He opposed much of Obamacare, but he supported the Medicaid expansion part of the bill.

Unlike Medicare, Medicaid is a cost-sharing program between the federal and state governments, under which the feds provide most of the money but the states get to decide who is covered, and how good that coverage is.

Georgia is also among the stingiest states in the country when it comes to what it pays doctors and hospitals. Georgia Medicaid pays doctors so much less than private insurance or Medicare that many doctors simply won’t take any Medicaid patients. At all.

Meanwhile, hospitals lose money on every Medicaid patient. As a result, the hospitals that suffer the most are those with high concentrations of Medicaid patients — namely, those in rural Georgia, and those that serve the poorer populations of our big cities.

This is why rural hospitals in Georgia are closing left and right — and why even giant trauma centers like Atlanta Medical Center are closing down, and Grady goes on the “watch list.”

Obamacare fixed the Medicaid problem, not only in Georgia but all over the country. It did so by paying the states 90 cents on the dollar to expand Medicaid coverage in their states up to a new national standard – 138 percent of the poverty level — at a cost to the states of just 10 cents on the dollar. At that point, the feds provide a new “sliding scale” program of private insurance premium subsidies, based on the ability to pay.

Ironically, states with the worst records under traditional Medicaid – like Georgia – were going to be the biggest beneficiaries of Medicaid expansion. We were going to use federal dollars to expand Medicaid coverage to people between 36 percent of the poverty level and 138 percent. It was almost as if Georgia was going to be rewarded for our leadership’s past hard-heartedness.

So far, 38 states have accepted Medicaid expansion. Only 12 states — including Georgia — are still holding out.

Among the holdouts are states as poorly led as Alabama, Mississippi, South Carolina, Florida, Tennessee, and Texas. But despite the politics that these states have in common, a surprising number of states — with leadership just as partisan — have decided to quit this “Medicaid Confederacy” and rejoin the Union.

Arkansas adopted Obamacare’s Medicaid expansion eight years ago. Arkansas. So did Kentucky and West Virginia. And Ohio. And North Dakota. Indiana (under Governor Mike Pence, no less) adopted it seven years ago. What do these states know that Kemp doesn’t?

One thing they know is that their states are already paying for Medicaid expansion everywhere else — with their federal taxes — so they might as well get what they’re paying for.

Another thing they know is that their states stand to gain more than their fair share of the benefits of Medicaid expansion. That’s because, like Georgia, they have the biggest Medicaid gaps to close, and they’re getting the feds to pick up 90 percent of the cost.

But without a doubt, the most important thing these states know is that it is in their state’s economic self-interest that their people have basic health insurance.

These states know that a workforce riddled with people who don’t have health insurance cannot compete with states whose workers have good health insurance. This is why rural Georgia is getting economically sicker the longer her people remain uninsured.

According to the Kaiser Family Foundation, there are over 450,000 Georgians who are still stuck in the gap between Georgia’s current Medicaid income cap and subsidized insurance under Obamacare. That’s how many people would be covered by Medicaid expansion — with the feds picking up the tab — if only Kemp would do what Mike Pence did.

These people sicken and die at a rate all out of proportion to those who have health insurance. And the hospitals they frequent also sicken and die. All because their leaders are fighting a “lost cause” against anything with the name “Obama” attached to it.

It’s time Georgia gets what we’re already paying for. If Brian Kemp won’t go for that, then that’s a very big reason to go for Stacey Abrams.