Brian Leary remembers hearing about the Atlanta BeltLine from its very earliest days when he was working on his master’s in city planning at Georgia Tech.

Ryan Gravel, a fellow student, had been working on a master’s thesis about a 22-mile railroad corridor that encircled the inner city of Atlanta and how it could be redeveloped into one of the greatest urban revitalization projects in the city’s history.

“To me, there’s no greater opportunity to positively impact the future of Atlanta and its quality of life than the BeltLine,” Leary said in an interview Wednesday, just a couple of hours after he had been named the new president and CEO of Atlanta BeltLine Inc. “It’s a once-in-a-lifetime opportunity that comes around once every hundred years.” 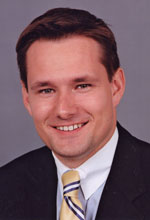 Leary remembered having to convince business and community players that one could cross “21 lanes of asphalt” and create a city within a city on the western edge of Midtown. Today, 4,000 people now call Atlantic Station home and 5,000 people go there to work.

Leary, who will begin his new job in mid-October, is succeeding Terri Montague, who has been the founding president and CEO of Atlanta BeltLine Inc. since 2006.

When it comes to the future of the BeltLine, Leary said work already is underway with the first phase of the Historic Fourth Ward Park near North Avenue.

“Next year, we’ll start construction on five more parks,” he said. Also, seven more miles of bicycle-pedestrian trails will be built with more to come.

“I think everyone wants the full BeltLine complete tomorrow, but we all know it will take time,” Leary said of the 25-year project that will include parks, trails, new development and transit all along the circular corridor that travels through 45 inner city neighborhoods.

But one aspect of the project that is critical is for the city to control the land along the corridor, he said.

“From a global perspective, if you don’t get 100 percent of the right-of-way, you don’t get the BeltLine,” Leary said. “That’s a priority. Right now we’re at 50 percent.”

One of the most contentious issues along the BeltLine has been different visions on how it should be developed. The former owner of the BeltLine property next to Piedmont Park had proposed building two residential towers, each about 40 stories high. The surrounding neighborhoods strongly opposed that plan for a variety of reasons.

When asked about density, Leary said: “It’s unfortunae that density in general has been given a bad rap. Density is a more efficient way to use our natural resources. A great deal of the economic model for the BeltLine is tax increment financing. It’s going to have to be densified.”

But Leary then added that density has to be developed appropriately.

“In general, I’m a fan of unique, dense, mixed-use urban environments,” he said. “The key is doing it right. There’s a minimum density required to support public transportation.”

But Leary, who has been on several of the LINK trips to other cities, said Atlanta doesn’t have as much experience with light rail transit that supports a more urban environment.

Looking forward, Leary, who is only 35, said he is “terribly excited” to be taking over as president of Atlanta BeltLine Inc. Both he and the ABI staff are committed to building out the vision.

As Leary said: “This is a group that years from now will say: ‘We were there.’”