By Maria Saporta
As published in the Atlanta Business Chronicle on November 20, 2015

Brian McGowan, chief operating officer for the Metro Atlanta Chamber, will be joining the Atlanta office of Dentons on Feb. 1.

In his new role, McGowan will help expand the global economic development initiatives of Dentons, the largest law firm in the world, by engaging with business leaders, elected officials and private sector developers to address business and job growth challenges in cities around the world.

McGowan has a diverse economic development background, including serving in Mayor Kasim Reed’s administration as president and CEO of Invest Atlanta from May 2011 to May 2014. 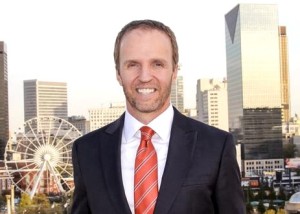 “Everything in my world leads to an attorney at some point,” McGowan said in a phone interview on Nov. 17. “My job will be to pull together all the economic development expertise throughout the entire firm and establish a one-stop shop for both our public-sector and private-sector clients. And I get to stay in Atlanta.”

McGowan, who has had other potential job opportunities including returning to his native state of California, said he did not want to leave Atlanta.

And he was not alone.

“The mayor said he’s happy I’m staying in Atlanta,” McGowan said. “He told me: ‘You’ll do really well there.’”

Hala Moddelmog, president and CEO of the Metro Atlanta Chamber, also was pleased McGowan is staying in town.

“I’m very happy for Brian,” Moddelmog said. “It sounds like a very good fit, and I’m glad he’s going to be working in Atlanta in that capacity. We’ve had really good results in economic development since Brian has been here.”

Moddelmog said she soon will be meeting with her board to discuss the future of McGowan’s position at the chamber after he leaves in late January.

In his new role, McGowan will be a principal in Dentons’ U.S. Public Policy and Regulation Practice — working with the firm’s public policy team.

“We are delighted that Brian will be joining us and look forward to working with him on important domestic and international economic development projects,” said Eric Tanenblatt, co-practice leader of Dentons’ U.S. Public Policy and Regulation practice, in a statement. “Brian’s work at all levels of government and his ability to bridge the public and private sectors with an eye towards business development will be a tremendous asset to our clients.”

“Brian has demonstrated remarkable skill at bringing together diverse interests and leading the way for solutions that drive economic and business development,” said Jeff Haidet, U.S. co-CEO of Dentons, in a statement. “Our public policy professionals have deep insight on the economic development and political landscape throughout the country, and Brian’s background will only add to that stellar team.”

McGowan said it’s a little bit like a reunion for him. Dentons’ chief innovation officer, John Fernandez, served as assistant secretary at the U.S. Economic Development Administration when McGowan was the deputy assistant of the agency.

Calling the Dentons post “a really unique opportunity,” McGowan said he is looking forward to leveraging the economic development expertise that exists among the firm’s 7,300 attorneys.

Plus he will be able to remain involved in several civic initiatives serving as chair of the Georgia Foreign Trade Zone board and on the boards of the Atlanta Bicycle Coalition, Georgia Advanced Technology Ventures at Georgia Tech, the Shakespeare Tavern and the Fort McPherson Implementing Local Redevelopment Authority.

“I’m not going anywhere,” McGowan said. “I want to be part of Atlanta’s future.

Previous Article
Staring down the terrorists with the American Dream
Next Article
‘Trumbo’ – Shortchanges Cranston, audience in tale of Hollywood blacklist