Since moving here as an executive search consultant in 1977, I have come to know Atlanta as a city that expects and rewards civic engagement from its leaders.

My consulting practice has taken me to all 50 states and dozens of other countries over the past 32 years, and I have been privileged to recruit leaders to nonprofit and for-profit organizations based in scores of cities. Although at least three quarters of my clients have been based elsewhere (a common fact for Atlanta-based executive search consultants), I can say that Atlanta has consistently been the easiest city to sell to senior executives.

Atlanta’s appeal is broad-based. Four or five years ago, I was interviewing a visible and well respected community leader in a major northern city. I was startled to learn during our conversation that she was the only African-American on several key boards there. “Where are all the others?” I asked. Her instant reply: “They’ve all moved to Atlanta!”

In 1986-87, I had the privilege of participating in Leadership Atlanta, one of the oldest and most dynamic programs of its kind nationwide. Then-Mayor Andrew Young asked our class, “How many of you were born here?” Barely 10% of the class raised its hands. Clearly, Atlanta’s embrace of newcomers—and, by extension, her receptivity to different perspectives, different experiences, different differences—is one of her core strengths.

Atlanta is a magnet for talent. 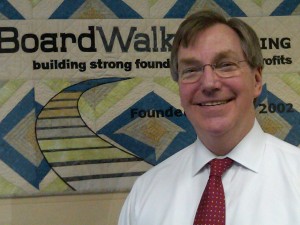 Yes, we are a complicated metropolis—did you know there are something like 65 elected mayors serving within 25 miles of downtown?—but our diversity is at the heart of our vitality.

Before Shirley Franklin was first elected Mayor, we were at risk of losing some of that vitality, as leaders of the area’s major institutions and centers of influence became increasingly distant from City Hall.

Mayor Franklin changed that spirit of engagement dramatically, tapping leaders and resources of all kinds to help her restore our sense of pride in the City of Atlanta and its official institutions. I for one had never even met Shirley before her election in November 2001, but my engagement with her starting the next month, when her transition team invited me to help recruit her Chief of Police, led directly to the most rewarding phase of my career.

Kasim Reed was elected Mayor on December 1st, 2009. That night, I had the first of several conversations with members of the transition team, co-chaired by Lawrence Ashe and Lisa Borders, regarding the recruitment of leaders the Mayor would need to help run our great city.

In short order, and with no arm-twisting required, a team of Atlanta’s most senior executive search consultants came together in what is certainly the first pro bono collaboration of its kind in Atlanta and even, perhaps, nationwide.

(Straight out of A Team of Rivals, Doris Kearns Goodwin’s seminal book on presidential leadership, every one of Kasim Reed’s main competitors for the Mayor’s post is a participant in the search process as well: Lisa Borders, Mary Norwood, Jesse Spikes and Kyle Keyser.)

Together, this group of five search consultants has over 125 years of experience recruiting board members, CEOs and other C-suite leaders for Atlanta’s most visible institutions, among them American Cancer Society, Arby’s, The Coca-Cola Company, Coca-Cola Enterprises, Delta Air Lines, Emory University, Equifax, Habitat for Humanity International, Southern Company and the United Way. During the rest of our business lives, we are vigorous competitors, but for this client we are pleased to be on the same team.

The phrase “executive search collaboration” yields over 3.5 million hits on Google, and yet I know of no other instance in the country in which five executive search firms have come together in such a way for the benefit of their community. This partnership is reflective of the personal orientation of these search leaders, of course, but it is more reflective of the spirit that makes Atlanta such a vibrant and dynamic city.

Sometimes, a national search for key leaders leads back home, and we expect that several contenders for the top spots in Mayor Reed’s administration will come from among current Atlanta residents.

If the Mayor taps talent from elsewhere, however, his choices can be assured of a warm welcome, a hearty embrace, and an expectation that their diverse experiences will contribute to the fabric of civic pride and civic engagement that makes Atlanta so distinctive.

If you or someone you respect might have an interest in one of the positions under recruitment, please send an email to the relevant address below: