Bringing Night Life Nuisances and Other Safety Issues to Light

I recently met with a friend who attended high school with me, and among other things, we discussed crime and the impact it has had on her quality of life and that of her children. She even lamented that were it not for the fact that Atlanta is where her family is that she would be inclined to move from the city that has been her home and mine for over 60 years. It saddens me that, for many, hope for a safer community has diminished to the point where we feel that desperate.

What are the keys to making Buckhead, our City and our region safer? 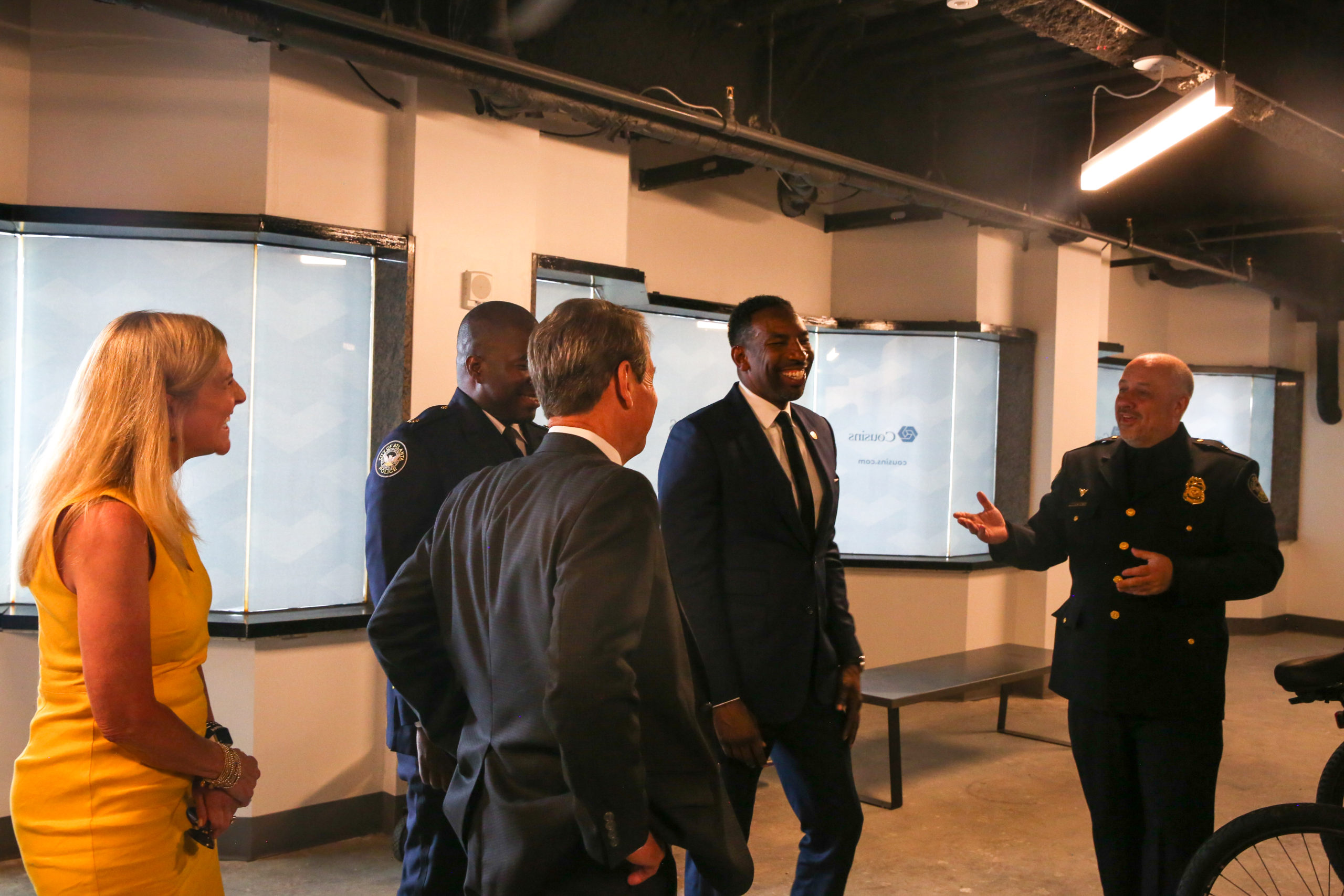 First, our elected officials must continue to make public safety a priority. And second, the public and private sectors must work together. We are much more effective and united when we collaborate and share resources and ideas.

From where I sit and because of the responsibilities I have to those who pay the CID taxes or the Coalition dues, it is important to understand what is being done to address public safety concerns and to find opportunities to collaborate, and not just to advocate.

For the last three years, public safety has topped the priority lists of the Buckhead Coalition and the Buckhead CID. For this reason, both organizations have invested hundreds of thousands of dollars to support the Atlanta Police Department (APD) through the Buckhead Security Plan and earlier initiatives.

While this plan covers many critical issues, one aspect in particular is addressing nuisance properties. These properties include restaurants, bars and other establishments that violate city ordinances and ignore alcohol permit requirements. Late-night noise, traffic jams and violence have led to extreme anxiety within the community we serve. In some cases, landlords and neighbors who have spoken out against these violators have been met with threats of retaliation by the nuisance establishments’ owners and operators.

Some establishments have even made various site “improvements” such as paving for more parking and constructing outdoor spaces without bothering to obtain the requisite permits from the City. 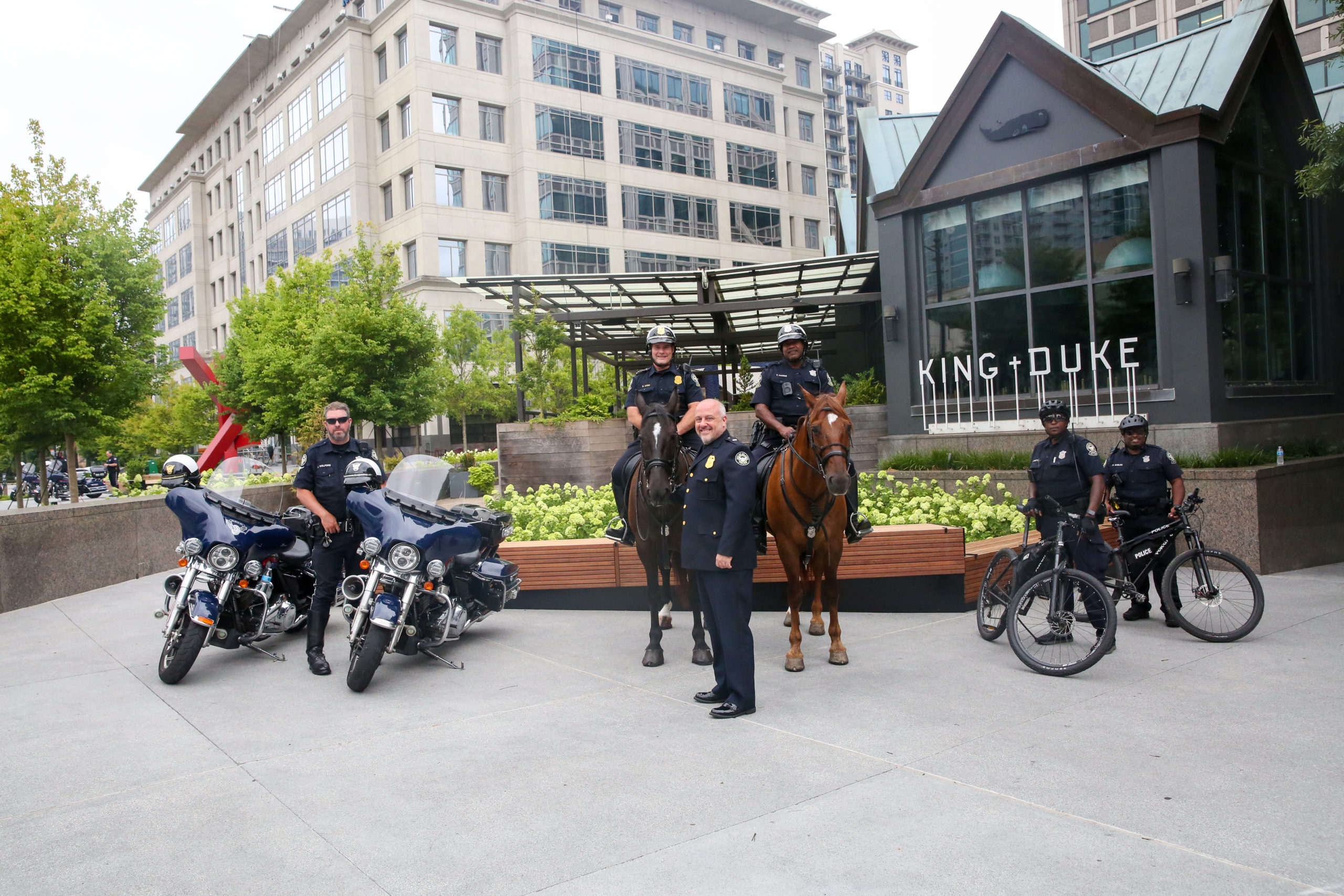 To combat these unsafe conditions for residents, drivers and Buckhead’s night life goers, the Buckhead Coalition and the Buckhead CID have joined forces with the Atlanta City Council and APD to better address these bad actors. At last week’s Atlanta City Council Public Safety and Legal Administration Committee work session, I spoke in support of City Council’s effort to draft legislation to strengthen the nuisance code to more effectively hold these properties accountable for their abuses that have led to brazen, inconsiderate and unlawful behavior.

The new Buckhead police precinct in the West Village is a great example of a successful partnership among the business and civic leaders with law enforcement. The Buckhead Coalition and six of its members, as well as the Buckhead Community Improvement District, contributed $150,000 plus furniture to build the space out and purchase five new bicycles for use out of this precinct. Additionally, the City is leasing the space from Cousins Properties for just $1 per year. Currently, the precinct is staffed by 12 officers and two supervisors.

At the ribbon cutting for the police precinct, Governor Kemp and Mayor Dickens both talked about the importance of state and local law enforcement working together. As Governor Kemp said, “public safety has no political boundaries.” And Mayor Dickens said the opening of the precinct “will bolster our efforts to keep everyone who lives, works, and plays in the bustling business district safe.”

And this you need to know. Despite an increase in gun violence everywhere, not just in Buckhead or even in Atlanta, crime overall within Zone 2, Buckhead’s APD zone, has fallen. Zone 2 was awarded the APD crime reduction award last year, and under the leadership of Zone Commander Major Ailen Mitchell, they are committed to winning the award for 2022, with a 12% reduction year to date compared to the same period last year.

Are we satisfied with where we are? Not hardly. But progress is being made. The Mayor’s One Safe City initiative is targeting gangs, drugs and illegal guns, while at the same time focusing on the root causes of crime. Plus, Fulton County District Attorney Fanni Willis is making it a priority to help keep repeat offenders behind bars and putting violent gang leaders in prison.

I remain optimistic. As we continue to recover from the economic and social impact of the global pandemic, with strong, united political, business and civic leadership, we will turn the corner on public safety and be a model for the whole country.