A handgun. (Photo by Thomas Def via Unsplash.)

“So, we’re still looking good with crime” must be the last thing you’d expect to hear from Buckhead’s police commander amid a cityhood movement founded on the notion, largely unchallenged even by its opponents, that the neighborhood is a criminal “warzone.”

But Maj. Andrew Senzer is answerable to the Atlanta Police Department (APD) brass based on the almighty stats and knows better than many General Assembly politicians that they show Buckhead’s Zone 2 precinct to have far less crime than the rest of the city. At the March 1 meeting of Neighborhood Planning Unit B, Senzer explained what is still “looking good,” including a 27 percent drop in overall major crime over last year. He also gave important context on what’s not so good, such as upticks in certain crime categories and some singular violent incidents.

And along with a MARTA Police commander, he hammered law enforcement’s plea to residents to take the one easy step that surely would impact violent crime — stop leaving firearms in vehicles, where they are easily stolen and likely put into criminal hands. More than 2,000 firearms entered Atlanta’s underworld that way last year, and 55 already this year in Buckhead.

Senzer reported upticks in two of the scariest crime categories: burglary and rape. But he also read the important fine print.

Buckhead’s burglary rate is up 5 percent over last year, Senzer said, but most of those break-ins are in commercial properties, not homes. Particularly popular targets are storage facilities, where a single incident involving break-ins of multiple units may be reported as multiple burglaries. Senzer said his officers made “key arrests” of burglary suspects late last year that he believes will lower the incidents.

The significance of rape statistics is harder to discern because it is a notoriously underreported crime, so much so that police departments typically find the category too unreliable to include in standard crime-rate tracking. A primary reason rape is underreported is that it is often committed by a victim’s acquaintance or family member, not by the random, roving sexual predator, though certainly such crimes do occur.

“That typically not a stranger-on-stranger type crime. It’s behind closed doors,” Senzer said of rape. APD’s educated guess on a sharp increase in rape reports citywide, he said, is an increase in people partying at night with the loosening of pandemic restrictions and “alcohol leading to bad behavior.” But they’re just not sure.

“It is concerning. We're trying to figure that out,” Senzer said of the rise in rape reports. “But it's kind of hard from a boots-on-the-ground standpoint to stop that due to the nature of the crime.”

While the overall crime rate is down, Buckhead certainly still sees its share of fear-inducing, horrific incidents. Senzer brought up a few -- some widely reported, some not -- and explained how they fit into some known patterns or just showed the limits of policing. 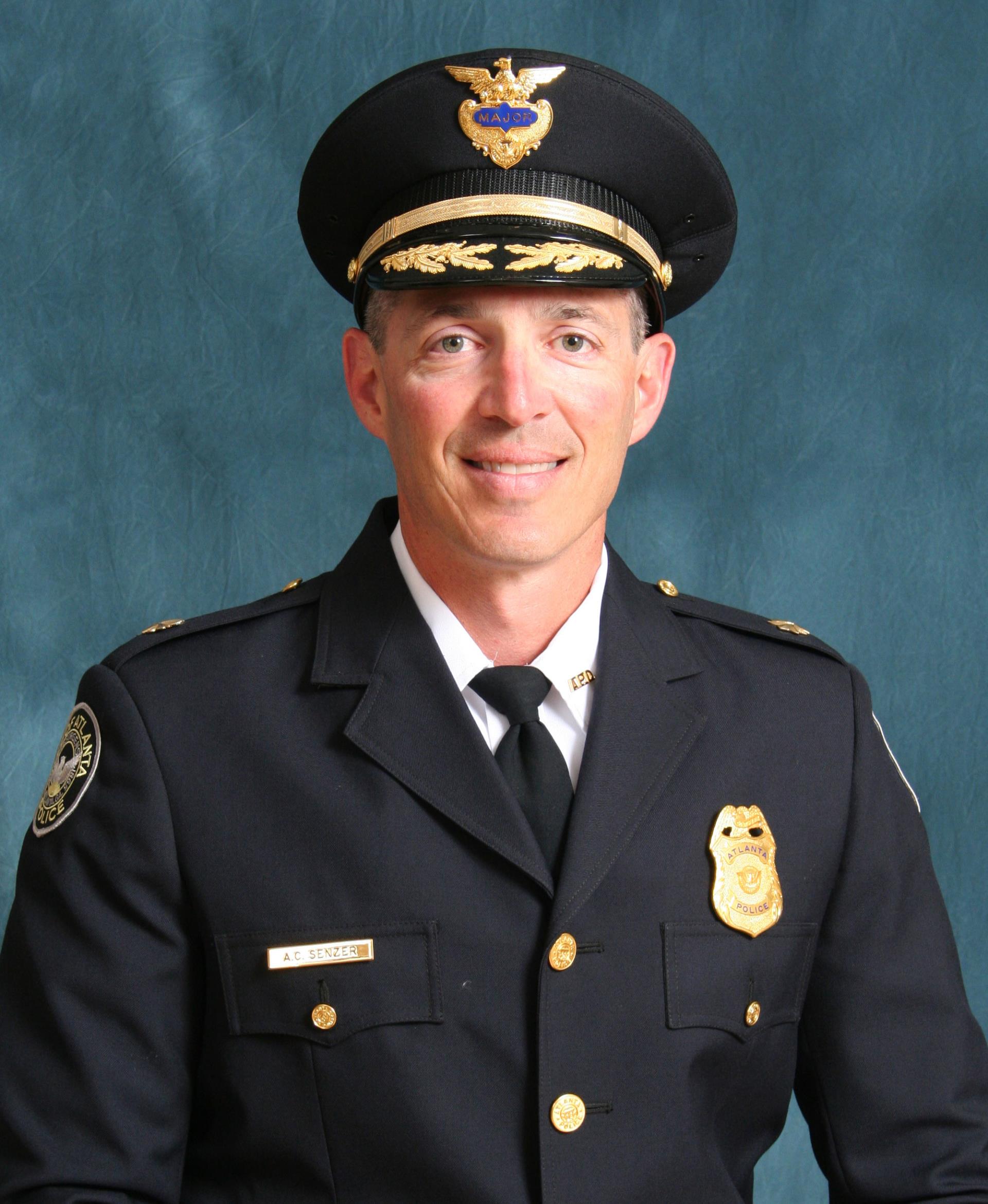 In a recent incident at Piedmont Hospital’s parking deck, a woman in her late 70s was pushed to the ground by a woman in her 60s during a dispute, resulting in the victim being struck and severely injured by a passing vehicle. Senzer says that’s just one example APD is seeing of disputes turning violent. "It’s just very disconcerting that we're still seeing people resort to... violence to resolve conflicts,” he said.

A Feb. 27 carjacking at Peachtree and West Paces Ferry roads was another shocker. The carjackers fired shots in the air as the victim fled, Senzer said; the car was found in DeKalb County and is being examined for evidence. The crime happened at one of Buckhead’s busiest intersections -- though it was quiet at the time early on a Sunday morning -- and in an area APD heavily patrols. “It just goes to show you that these things can happen right around the corner from where we are,” Senzer said.

The intersection also is where a new APD mini-precinct staffed by five officers will open soon, likely in May, Senzer said. Announced last year and still unfinished, the mini-precinct was the subject of a January press conference by Mayor Andre Dickens as a blow to cityhood proponents, some of whom in turn have mocked the photo op. Alluding to that, Senzer said that “regardless of what some people are saying about [the mini-precinct], it’s real.”

More to the point, the mini-precinct is part of the evidence-based strategy of targeted policing on “hot spots” where crime is concentrated rather than spread evenly around a neighborhood or city. One such hot spot is the Lindbergh Plaza shopping center along Morosgo Drive and Sidney Marcus Boulevard. On Feb. 24, the shopping center was the scene of another major crime, when a woman shopping at Home Depot was robbed at knifepoint in her vehicle by a man who cut her hands before escaping police. Questioned at the NPU meeting by a woman who said she knows the victim, Senzer said it’s a “very scary” crime that happened despite increased policing, including by bicycle patrols, but is not a reason to avoid the area altogether.

"We are aware of, you know, that that could be a hot spot and that these types of crimes can pop up,” Senzer said. “I'm not gonna say it's the norm. I think there's hundreds if not thousands of people that visit that Home Depot every week and it's typically not an issue.”

“Unfortunately, we all have to be extremely aware of what's going on around us at all times and maintain good situational awareness,” he added. “...I wouldn't say don't go there, but I'd say if you're over there, you need to pay attention...”

While such violent crimes get media attention, by far the largest element of Buckhead’s crime rate is thefts from motor vehicles. In many cases it involves vehicles left unlocked -- or even running -- and with valuables inside. Even worse, in many cases those valuables include unsecured firearms. All of this is frustrating for police because it’s an easily preventable crime that ties up resources and puts guns into the hands of the criminals they presumably were purchased to defend against. But years of police public information campaigns have done little to dent the theft rate.

“It’s too many guns...,” Senzer said, reporting at the NPU meeting that 50 guns had been stolen from vehicles in Zone 2 since January. That number went up by five in the week it took SaportaReport to get citywide stats from APD.

Citywide last year, APD received reports of 2,022 firearms stolen from motor vehicles and another 146 inside stolen vehicles. The slightly good news is the amount is trending downward this year. The bad news is that still means hundreds of firearms on the street: 345 as of March 7. Buckhead’s Zone 2 is Number 2 for guns stolen from or with vehicles among APD’s six zones and the Hartsfield-Jackson International Airport precinct.

MARTA crime numbers are far lower, but stolen guns are a factor there, too, according to MARTA Police Department Maj. Fredrico Jackson. He commands MARTA’s North Precinct, which includes all Gold and Red Line stations from Civic Center Station northward. Jackson told the NPU that at that time that the North Precinct had only nine major crime reports so far this year. Of those, six were vehicle break-ins -- all at Buckhead’s Lindbergh Center Station -- and half of those included the theft of a firearm.

Stolen guns by the numbers